What are Battle Powers?


The Use of “Ki” in Dragon Ball

To explain battle powers, it is first necessary to explain “ki”. In the Dragon Ball World, ki is a sort of life-energy found in all living things, even planets and stars. This idea is based off of the concept of ki (or alternatively “chi” or “qi”) found in various Eastern religions, but exaggerated greatly to match Dragon Ball‘s cartoonish atmosphere. The warriors in Dragon Ball use ki to surpass the limits of their physical bodies, giving them superhuman strength and speed. They are also able to perform ki-based attacks where they concentrate their ki into a particular part of their bodies, usually the palm of their hands, and fire it out as a destructive blast. As Toriyama said in the recent Super Exciting Guide databook, training your muscles only gets you so far, and it was ki that allowed Son Goku to become the strongest in the universe. 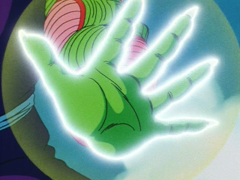 Piccolo focusing ki in the palm of his hand 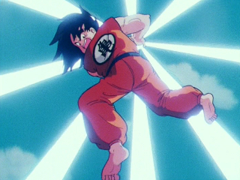 In the early portions of Dragon Ball, the characters’ training focused mostly on increasing their physical strength and stamina, but from the time of Goku’s training under God and onward, much more focus began to be placed on cultivating ki. Under God and Mister Popo, Goku learned the art of tracking an opponent by sensing their ki, an important technique for keeping up with a fast opponent, and also how to conceal his own ki aura so that his opponent could not track him. While at the start of the series ki-based attacks were considered very advanced and rarely seen (Kame-Sen’nin says it took him 50 years to invent the Kamehameha), as the characters’ ki power increased, they became able to perform ki-based attacks with greater and greater ease, to the point where the generic ki blast became a standard attack. Characters also started using their ki to lift themselves up off the ground, enabling them to fly freely through the air, another technique which was seen as advanced and difficult at first, but eventually became extremely common. The use of ki became so important that a warrior’s power was judged largely by the amount of ki they had. 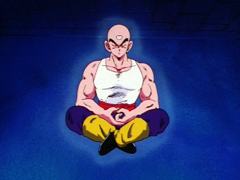 Tenshinhan focusing his ki while meditating 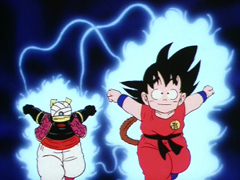 That is how ki was perceived and used on Earth, however out in space, Freeza and the various evil alien warriors who worked for him developed a very different view of ki. Since Freeza hand-picked his subordinates from among the strongest fighters in the universe, naturally they were all gifted with unbelievably large amounts of ki, but they were mostly ignorant of the finer elements of ki. For instance, they were all completely unable to sense ki naturally, apparently because they were too focused on sheer power, which Vegeta said was what had kept him from picking the technique up before. Most of them were also unable to raise and lower their ki at will, as it seems that the ability does not come naturally to all races. In fact, according to Captain Ginyu, races with the ability to alter their ki without transforming are quite rare.

Despite their inability to sense it naturally, Freeza and his men were quite aware of ki (they were still able to perform ki attacks, for instance). But for them, ki was not any sort of life-energy, but merely energy used for fighting and nothing else. And so accordingly, they referred to it as “battle power” (sentō-ryoku in Japanese; check out the translation history for other terms used). Since they could not sense ki on their own, they developed machines that could detect it for them. These machines, called “scouters”, were designed to measure the amount of battle power a person had, and indicate it numerically. Using this system of measurement, an ordinary Earthling farmer measured in with a battle power of 5, while Freeza’s weaker underlings had battle powers of less than 1,500. Freeza’s better subordinates had battle powers greater than 20,000, and Freeza himself ranked in at 530,000 in his weakest form, and he only got stronger from there. 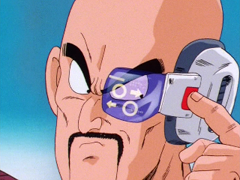 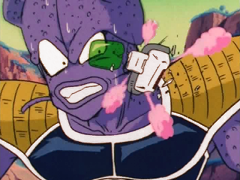 Scouters were head-mounted devices similar to walkie-talkies that displayed battle power measurements over a colored display screen that covered the wearer’s eye. In addition, they could pick up on the individuals with the largest battle powers on the planet, plus indicate how far away they were, and in what direction. They could also be used as inter-planetary communication devices. However, scouters had the disadvantage of only having a limited range of battle powers that they could safely measure. If they tried to measure too large a battle power, they would explode violently. All of Freeza’s men used scouters in their intergalactic business of invading planets with good environments and selling them to rich civilizations after wiping out their native populations. Scouters were essential tools in determining just what sort of resistance a planet offered.

Role in the Story

During the portion of the story where Freeza and his men were the main antagonists, scouters were commonly seen in the story, and there was much discussion among the villains about just how much battle power people had. Though the warriors on Earth saw how Freeza and his men used scouters, and even managed to obtain one themselves after the battle with Raditz, they never paid much attention to this system of numerically measuring ki, and instead went on using their own personal method of sensing ki naturally. For their part, Freeza’s men were constantly baffled by how the warriors on both Earth and Planet Namek could raise and lower their battle power at will, and many of them died because they trusted too much in their scouters’ ability to accurately measure their opponents’ strength. 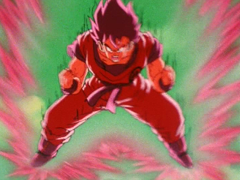 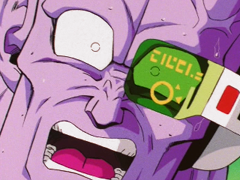 Once Freeza was finally defeated, scouters and numerical battle powers almost entirely vanished from the story of Dragon Ball. During the story arc with Cell and the other artificial humans, several of the artificial humans were equipped with interior power radars that served the same basic function as scouters, but not much detail was given on this, and the artificial humans never stated any specific numerical figures. During the Majin Boo arc, Bobbidi and his men measured “energy” (their term for ki) using units called kiri (possibly a pun on riki, a Japanese word for “power”). They measured a person’s kiri using devices similar to Geiger counters, but on the whole this system of ki measurement was not shown very much in the series. The relationship between Bobbidi’s units of ki measurement and Freeza’s in unclear, and the series gives no way to convert between the two.

Battle Power Guide
Battle Powers as a Story Idea »
Connect With Us
Support Us
Your support for Kanzenshuu is what keeps us going. You can help by donating to us directly, or by shopping online at certain retailers through our affiliate links below. Every bit counts and helps contribute to our server fees and bringing you new site content, reviews, and contest items.