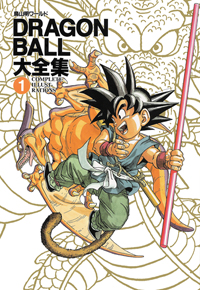 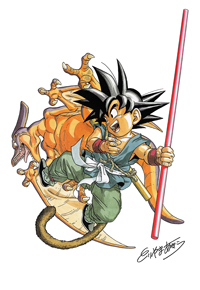 Toriyama’s Introduction (read translation)
013
Complete Illustrations
This section highlights some of Akira Toriyama’s beautiful artwork drawn for the manga series, specifically anything he drew for Weekly Shōnen Jump. The illustrations and artwork are organized chronologically, listed under the respective year they were first published. In total, there are 265 illustrations published in the first daizenshuu, and it wouldn’t be until April 2010, when “The Golden Warrior” anime illustrations collection was published, that another Dragon Ball artbook would be available. Beyond this point, we will not provide a break-down for each year, as there’s nothing much to say about each individual year, other than “Look at the pretty pictures!”
1984
015
1985
017
1986
029
1987
043
1988
059
1989
067
1990
083
1991
101
1992
117
1993
133
1994
151
1995
161
Comics
176
The “Comics” section contains Akira Toriyama’s masterful artwork that graced the cover of each volume of the original tankōbon. Each drawing includes the tankōbon volume number and date, and some even include the alternate color schemes that could have been. Also included in this sections are the original tankōbon spine art and Toriyama’s tankōbon introduction artwork.
Weekly Jump
198
This section displays most, but not all, of the issues of Weekly Shōnen Jump that featured Dragon Ball on the cover. Most of the artwork featured on these covers is printed throughout the guide, so the majority of these images are quite small and are more so intended for documentation purposes. The section also lists both the “Akira Toriyama the World” and “Dragon Ball Adventure Special” covers, as these were special Dragon Ball-specific guides printed by Weekly Shōnen Jump.
Akira Toriyama Super Interview (read translation)
202
This is a five page interview with Akira Toriyama on 21 April 1995 at the Yamanoue Hotel in Tokyo, Japan. In the interview Toriyama discusses the art of Dragon Ball, including the evolution of his art style, his favorite drawing from the series, his love for drawing real-world vehicles, and believe it or not, he notes that he usually finishes most of his artwork in a single sitting.
Complete Works Commentary
208
This sections essentially lists every illustration printed in the daizenshuu (excluding those from the “Comics” and “Weekly Jump” sections) and where that illustration was originally published. Also, each illustration has commentary discussing each particular illustration, including a little backstory. In total there are a glorious 265 illustrations shown in the first daizenshuu. 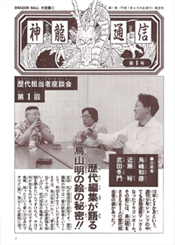 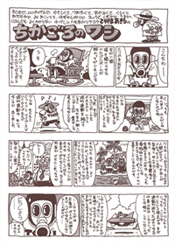 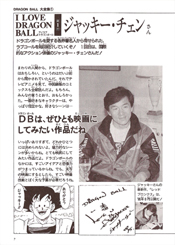