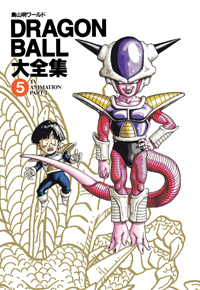 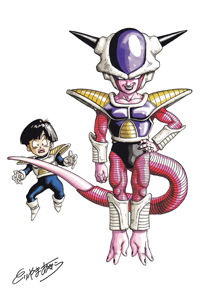 The fifth daizenshuu covers the Dragon Ball Z TV anime from episode 75 to 268. This daizenshuu is graced with beautiful full-color artwork drawn by Tadayoshi Yamamuro exclusively for the guide, which have never been reprinted in any other Dragon Ball guide book. It also includes supplemental information about the anime, such as the opening and ending themes, eyecatches, filler episodes, and a look at various informational tidbits relating to the anime series. Included before the table of contents is an introduction message from Akira Toriyama and the guides title page, which features the illustration from the “Catchphrase Gran Prix” in 1991 WJ #24. The book also features a beautiful foldout poster of the guides respective cover image drawn by Akira Toriyama. On the opposite side is a beautifully drawn poster by Tadayoshi Yamamuro, showing the various Super Saiyan characters seen throughout the series. 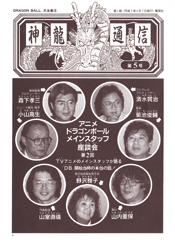 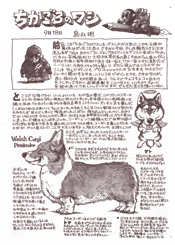 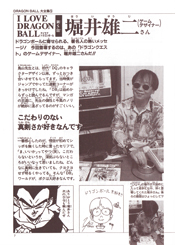