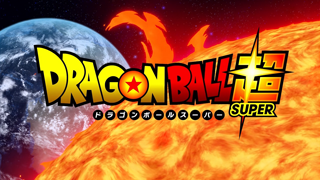 On 28 April 2015, Toei Animation officially announced that production was underway on the first all-new TV series for the Dragon Ball franchise in 18 years. The series was later announced for a 05 July 2015 debut on Fuji TV, taking over the Dragon Ball Kai time slot. The series’ story and characters were developed by original manga author Akira Toriyama. Veteran director Kimitoshi Chioka, known for his exquisite storyboard layouts, was brought on-board to direct while Tadayoshi Yamamuro returned as character designer. The majority of the main cast from Dragon Ball Kai and the recent films returned, including Yūko Minaguchi (Videl), Kōichi Yamadera (Beerus), Masakazu Morita (Whis), and Jōji Yanami as the series’ narrator. Beginning with episode 12, Naoki Tatsuta (Oolong) took over narration duties as Jōji Yanami stepped away for health reasons.

The series was announced to, “…follow the aftermath of Goku’s fierce battle with Majin Boo, as he attempts to maintain earth’s fragile peace.” It was later confirmed that the series is set slightly after the showdown with Majin Boo and will link up with the franchise’s most recent movies, Battle of Gods and Resurrection ‘F’. The series’ story begins shortly following the defeat of Majin Boo as a prequel to Battle of Gods, with Son Goku working as a farmer prior to heading off to train with Kaiō as seen at the beginning of the movie and following Beerus waking up to search for “Super Saiyan God”.

On 14 June 2015, a short series preview aired on Fuji TV in tandem with the next episode preview featured in Dragon Ball Kai Episode 157. The preview was later added to the official Dragon Ball Super website and included on the series’ first Blu-ray box set.

A manga adaptation of the series from “Toyotarō” is currently running each month in V-Jump, which began serialization in June 2015 (with the August 2015 issue).

Select a story arc to view an episode-by-episode break-down of that specific arc, with additional information pertaining to the original broadcast run. We have also included detailed pages for each individual episode, which include screen shots from the original episodes, episode summaries, next episode information, complete opening and ending credits, and much more.

Beerus, God of Destruction, has awoken after a 39 year slumber. Having had a dream about “Super Saiyan God”, he sets out in search of this mysterious Saiyan. After visiting Kaiō, and eventually ending up on Earth, Goku must find a way to summon the power of “Super Saiyan God” and battle the irritable god before he destroys the Earth!

Freeza is revived with Earth’s Dragon Balls by his faithful subordinate Sorbet in order to restore the fear his army once commanded, but Freeza has only one thing on his mind — revenge! After training for four months, Freeza heads to Earth with a new transformation to confront Goku, but having been training with Whis, he has a surprise of his own!

Gods of Destruction Champa and Beerus have decided to hold a team battle featuring select warriors from their respective universes, with the grand prize being Universe 7’s Earth, and all of the delicious food that comes with it! With so much on the line, Earth’s heroes must defend their home and find the last remaining Super Dragon Ball before it’s too late.

The future is in danger once again, driving humanity to the brink of extinction. Future Trunks resists, but even the power of a Super Saiyan is no match for this mysterious man called “Black”. With no option left, Trunks travels back to the past once again to enlist the help of Goku and Vegeta. Even with Beerus on their side, can they stop Black’s shocking plan?!

Having enjoyed watching the martial arts tournament between Universe 6 and 7 firsthand, the Omni-King holds his very own between all 12 universes! With the warriors assembled, the Universe’s Greatest Martial Arts Tournament is set to begin. While Goku is filled with unabashed delight, Beerus and Whis are fraught with fear at the consequences of losing…