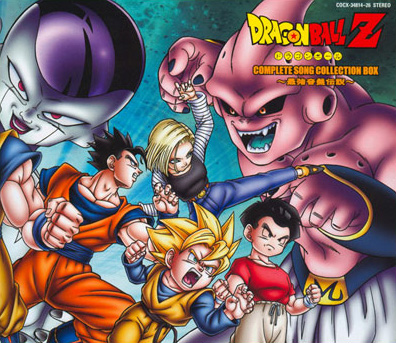 Well, it took eighteen days for it to show up, but $200 worth of music has finally arrived.

The original (marketing?) title of Chōzenshū (or “Super Complete Collection”) heavily inferred that this was going to be a massive collection of music. In fact, it would be spanning thirteen discs and contain over two hundred songs!

This set was released exclusively in Japan from Columbia Music Entertainment 02 April 2008 for ¥19,950 (~$200) with catalog numbers spanning COCX-34814 to 34826. For additional information on the music collection in this set, please browse our own “Music Database“.

My particular order came from CDJapan. As noted in the introduction, it took well over two weeks to arrive. This was strange, since all of my CDJapan orders typically arrive in exactly seven days, on the dot. Perhaps because it is tax season here in the US that it was delayed? Maybe customs was fascinated by what was inside? Who knows? 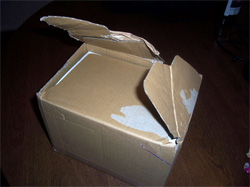 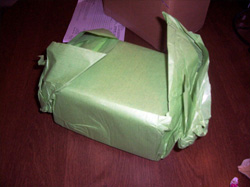 Taking It All Out

The box was exactly as expected, comfortably holding thirteen thin jewel cases inside along with a lyric book. The box is sized at 5 5/8 inches wide by 4 inches thick by 5 1/8 inches tall. 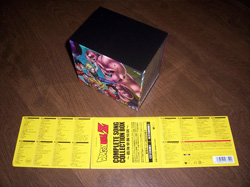 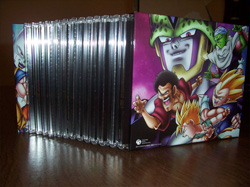 There was a perforated, three-sheet “spine”, which held the track listing on two sheets and general information on the center/third. 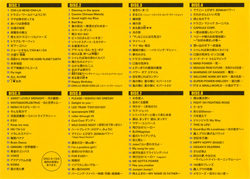 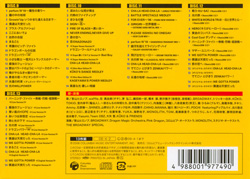 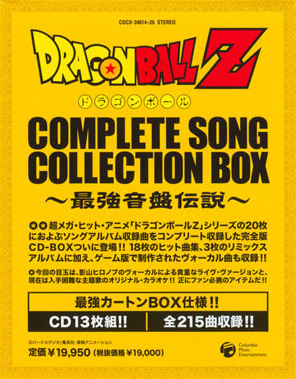 The book was standard fare, offering an additional disc-by-disc track listing, lyrics to each individual song (but not repeating lyrics for remixes, etc.), and brief artist information. Of note are the three “English” songs in the back, accurately listing the lyrics (in all caps) to these three versions. The front and back of the book cover all three parts of the actual box (front, enlarged spine, back). 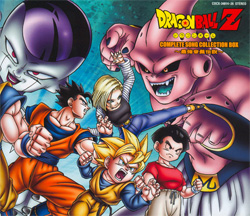 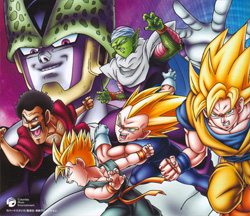 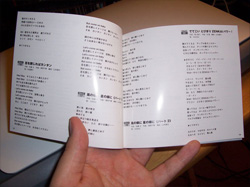 The discs are placed in the same style of thin jewel cases as the “2005 Version” CD singles we have seen, previously. They open up left-to-right, and the cover/spine has a track listing on the inside. The disc is placed seemingly “backwards”, but this is so you can see the “top” of the disc when looking at the “back”. 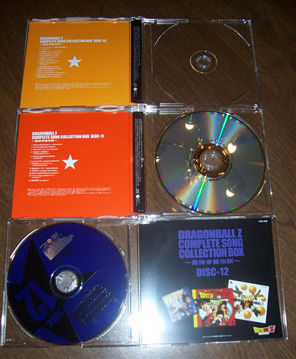 The thirteen individual discs have their own versions of cover art, showcasing a few covers from past releases along with the disc number. Of important note is that the covers shown on the front of a disc do not necessarily relate to the music contained there-in. For example, disc 10 showcases Hironobu Kageyama’s Mixture album, despite the music from that CD (the three English songs) appearing on disc 13. Furthermore, Digital Dragon Ball: The World (shown on the cover of disc eight) has music that does not appear on this set at all.

All in all, the set is very well packaged and it is convenient to find the music, especially if you have any familiarity with past Dragon Ball music releases.

What About The Music?

There are really no surprises here. The vast majority of music has been readily available in the four “Complete Song Collection” sets for a few years now, not to mention the actual “Hit Song Collection” CDs (which do contain a few songs not included in this set) receiving recent low-priced re-releases. The inclusion of Hironobu Kageyama’s three English songs (“CHA-LA HEAD-CHA-LA”, “WE GOTTA POWER”, “Boku-tachi wa Tenshi Datta”) are a huge plus, as are the eleven live tracks on disc 13. Probably the best inclusion for the extremely hardcore fans are the actual karaoke versions of both opening and closing themes on disc 12 (previously we have only received “instrumental” versions of these songs, with instrumentals “playing” the vocal part of the songs). It is important to note, though, that “WE GOTTA POWER” has some slightly doubling-up on some verse and chorus lyrics; you will hear a slightly different-tune Hironobu Kageyama setting the melody with himself.

The sound quality is as you would expect with no tampering or enhancements, save for the 2006 1/2 Special versions of songs spanning discs 11 and 12 (for more information on these songs and this particular CD, check out Episode #0074 of our podcast). Everything is as crisp as you would expect from songs ranging from 1989 to 1996.

So Who Is This Set For?

That is a really great question. If you are a fan of FUNimation’s English dub with no attachment or interest in the original Japanese version and any meta-fandom surrounding it, this is clearly not up your alley.

If you do not already own a good chunk of the music, there is obviously no better place or deal than this set. There will be a few other things you will want to pick up to really flesh out your collection (DBZ Hit Song Collection 6, the Final Bout soundtrack, all of the more recent video game soundtracks…), but this will certainly take care of a good part of it.

What about if you already own a bunch of CDs? Definitely compare what is on this set with what you already own, and start factoring in costs of purchasing other single CDs (or sets, such as the “Complete Song Collection” three-disc sets) versus getting this giant set. Also note that this new set does contain some otherwise-difficult-to-obtain songs (from CDs long out of print, for example).

If you are only looking for main theme songs (openings, endings, movie songs, key insert songs), you may simply want to go for 2006’s LEGEND OF DRAGONWORLD two-disc set. Remember that since this new giant set contains music from the “Hit Song Collection” series, there are an enormous amount of “image songs” (think of them as songs on an album proclaiming it is “From and inspired by [insert name here]”; they are performed by the usual artists, but were never actually played during the series, and may only have a loose connection to characters or events).

The set is going to run you approximately $200, and that is without shipping. Whatever you decide, we are glad you checked out our feature on the set, and hope you share in with the love of Dragon Ball music with us.