The S wrote:It seems that the "announcement" is that they are announcing something at the end of the month.

The World Finals are the end of this month. Why anyone thought Bandai would announce anything somewhere else is beyond me.

Toei Animation's Twitter wrote, "Apologies, but we have no knowledge about preventing DBFZ tournaments."

It doesn't excuse them fully, since it could be Japan doing it without the English branches' knowledge.

Toei's English twitter claims to have no knowledge about preventing DBFZ tournaments.

Now this could be a big nothing burger since this is just the US branch's Twitter. Interesting nonetheless.

Does the value matter? If it was simply symbolic and in accord to the dimension of the tournament in question then I doubt tournament organizers would cancel it. Even if they are within their right to demand money, their attitude still sucks. That's doesn't excuse anything, if that's what you're tr...

If by evidence you mean a tournament organizer coming forth and saying Toei demanded 20k for them to stream the game or face our lawyers, it won't happen. It's not confirmed but it's pretty obvious who's at fault taking into account history and context. Well then there's not much to do because I do...

Like I mentioned in the main thread, I'd like some more concrete evidence as to what's happening. I don't think any productive discussion will be brought about before more information comes out. Especially with Toei's pretty terrible (and mostly well deserved) public image. The irony of this is that...

So does anyone have any concrete evidence it's Toei? All that I've seen has just been speculation and all the tournament organizers have kept it vague. I wouldn't put it past them but I'd like something tangible before throwing them under the bus. I'd also be curious as to what exactly their asking....

Both of these are false claims. The previous EVO Japan tournament had Smash 4 in its lineup (and Japan has a relatively big competitive Smash community), and DBFZ according to records sold more in Japan than most console fighters this gen, including SF5 and BBTB. I confused myself as far as the Sma...

No Smash or FighterZ for EVO Japan main events? Oh man, that's something. EVO without Smash is so weird. The first EVO Japan event also lacked Smash as that has little to no playerbase in Japan. There are also more EVOs without Smash than with it. FighterZ is also more popular internationally and w...

Good to finally see an episode on the game. I was wondering when you were gonna get around to it. I've already clocked more than 200 hours in the game. If Mike isn't too good with hyper fighters like FighterZ or Marvel vs. Capcom then maybe the 1 on 1 mode on the Switch will be more his style. Will ...

Cure Dragon 255 wrote:There was no dub for that I think.

Which is irrelevant to my point. If not having a dub was such a deal breaker and Toei policy was they didn't do screenings without an English dub then they wouldn't have done a run for Infinity. It's clear that it's not.

UltraPrimus22 wrote:It could strongly be a Toei-exclusive issue in this case, as I was told that limited One Piece films screenings in the US are also dubbed only.

Except Mazinger Z Infinity had a short theater run and was sub only. FUNimation just sucks at negotiating.

Re: Does Nozawa have an understudy?

I hear Nozawa is training some little brown kid from who knows where to take up the mantle. 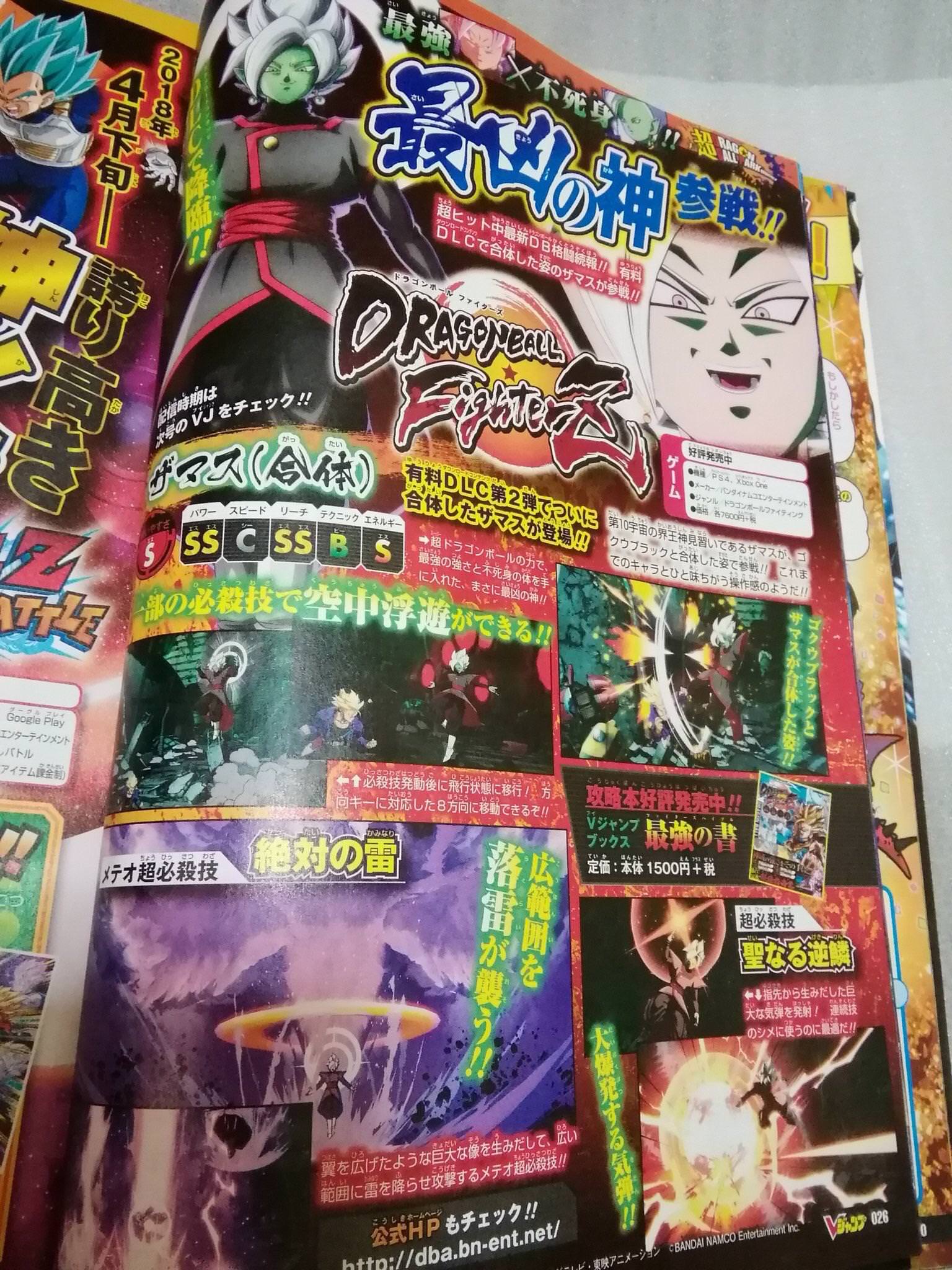 That's always been my issue with online in fighting games. Not to good at adjusting to the lag and for some reason the match maker is always wanting to set me against people that are forever away. In practice mode you can actually add online lag. It's not a perfect solution but it can certainly hel...

Re: How is the FighterZ patch for you?

Asura wrote:Why else would they have a model of Vegeta in his Saiyan armor in the game files?

They also had an icon for changing costumes in the game files. Neither means anything until they are actually implemented into the game.

I don't understand specs too much, and I can't think of anywhere else to ask this, but I recently bought a new Surface Pro with 8 GB RAM and i5 processor. Can FighterZ play on this? Even on the lightest settings? I checked Steam and some specs match up, but not too sure about the graphics. I really...

So, about these Non-EVO FighterZ tournaments, is Ginyu banned? I remember back when he was revealed that his Body Change super could potentially make him tournament illegal. He isn't. His body change is incredibly telegraphed and slow and requires a lot of assistance to get it to land properly. Asi...

Re: Mexico was crazy

jeffbr92 wrote:No Bardock and Broly trailers yet? (Showing their movesets)

They teased some stuff on the US Namco Bandai twitter so I'm assuming they're coming relatively soon.
Search found 1721 matches