So, what was your first Dragon Ball video game?

My first game was Dragon Ball Z: Buyū Retsuden for the Sega Mega Drive. Unfortunately it was only in japanese, so it was hard to navigate the menus, but it had great gameplay and a nice character roster to choose from: Budokai 2 for PS2. It was also the very first game I ever owned (beside the demo disc which was included with the console).

However, I don't remember when was the last time I played it. I did play it a lot when I got it, but pretty much stopped completely once i got Budokai 3.
Top Final Bout was mine.

I had absolutely no idea who any of the GT characters were since I don't believe GT was even on TV when we got this in the UK.

It was a pretty godawful game looking back on it but as a kid, I was just happy to be able to play a Dragon Ball game in some format.
Follow me on Twitter for countless shitposts.

used an SNES emulator on my computer, good times...I also was playing Super Butouden 3 pretty much simultaneously, but always prefered 2, despite needing to use a code to play as Goku, unlike in 3. I never could place a reason as to why I thought 2 outshined 3 but for me it totaly eclipsed it.
"You might think you know everything there is to know about me, but really, you're not even CLOSE."

How I enjoy the anime:
Spoiler:
I like to switch between the dub and the original. If I want to watch the original I'll watch it subbed on my Dragon Boxes.
If I want to watch it dubbed I'll watch the funimation singles and my dragon boxes for the other episodes in proper aspect ratio. Aside from the Vegeta arc I cannot stand the dub with the Japanese music, as it just does not mesh with the dub script and acting.

Don't get me wrong I'm a fan of the Kikuchi score and think it works perfectly with the Japanese cast...but the American audio in Z and Kai just sounds awful with it.

Kai is the only version of the dub I cannot watch whether it be Yamamoto's score or Kikuchii's ad hoc replacement. Until this forum I had not encountered a single person who preferred Kai to Z in terms of dub.
Top 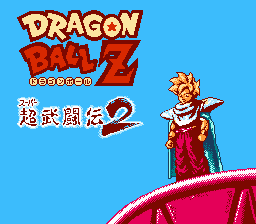 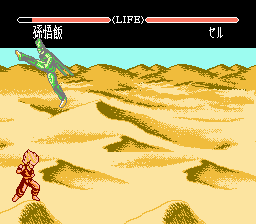 Super Butouden 2 Pirate cartridge for pirated Famicom-like consoles back in the 90's. Pirate carts were kind of hard to stay away from until games were required to have a seal of approval in each country sold, that way, it wasn't as much but they still kept rolling.
FUNimation 2015 Releases I want:
- Kai 2.0 on Blu-ray
Top

I may have started a little late with the games, but at the very least, I chose one of the best DBZ games to get!

Zephyr wrote:Toriyama's not breaking into everyone's homes and editing your copy of the manga with a pen to include Goku's mom and this "blasphemous" information about her.

Budokai 2 on PS2. I remember wanting B1 for ages but couldn't afford a PS2 and ended up getting B2 first along with my PS2 for xmas 2003. I played that game non-stop for months until I got B1 and started getting hyped for B3.
Top

Budokai 1 or Final Bout. I forget. I just remember both playing them while I was a kid.
I DO NOT HAVE A TWITTER
Son Goten
Top

It might have been DBZ Legends at my friends house. I just started watching DBZ at the time, so the game blew my mind. Legacy of Goku was the first DBZ game that I own.
PS4 username: Guyver_Spawn_27
MAL Profile: http://myanimelist.net/profile/Hellspawn28
Steam: http://steamcommunity.com/id/GS27/
Top

Legacy of Goku. I never made it to Raditz.
Top

I think mine was Budokai 1 for the PS2. Can't really remember to be honest.
Top

T'was Final Bout for me back from its original release.

Final Bout for me too. Dragon Ball just started airing here and I had really no grasp of who some of those characters in the game were, but I knew that it had to do with Son Goku because he was in it, even if he (his GT kid form) looked a little different than when he was really a kid. I didn't play anything else back then and was addicted, the questionable gameplay aside. Immediately fell in love with its score and still revisit it to play some rounds due to nostalgia.

Always tried to figure out the METEOR combinations.
BT3 off meds | The final fight

Ah, the Alpha and the Omega. As all life was created from Chaos...so shall it be DESTROYED!!!

Dragon Ball Shenron no nazo. A friend of mine got it somehow.

It's not the first game I owned, but the first I played. After that it was probably either the butoden 1&2 or the Dragon Ball Z for arcades.
Top

I first got into the series a bit before the big game resurgence. My first game was Legacy of Goku. It wasn't particularly good, but at the time I had some fun with it. I was still pretty underwhelmed, though. Ah, well. Things got much better that Christmas when I received Budokai and (the underrated gem) Legendary Super Warriors.

My first DBZ gaming memory, on the other hand, was the big feature in GamePro. It definitely got me pumped up for those early Atari releases, and there was a nice little sidebar that gave me my first exposure to the oldschool games.
Top

I believe a copy of Final Bout that didn't work properly on my PS1...
It is in his character to be rude and a bit crass. He's a hick, with no formal education. That is Son Goku. That is who he is.

Superman in an orange Gi was the bastard son of FUNimation. Its not The real character, it is as false as Chatku.