Pretty much the title, I just felt like going over and rating some of the many video game exclusive character designs from throughout the franchise. Bit random, but ya know, I feel quite comfortable with it. Without further ado, let's get into it. 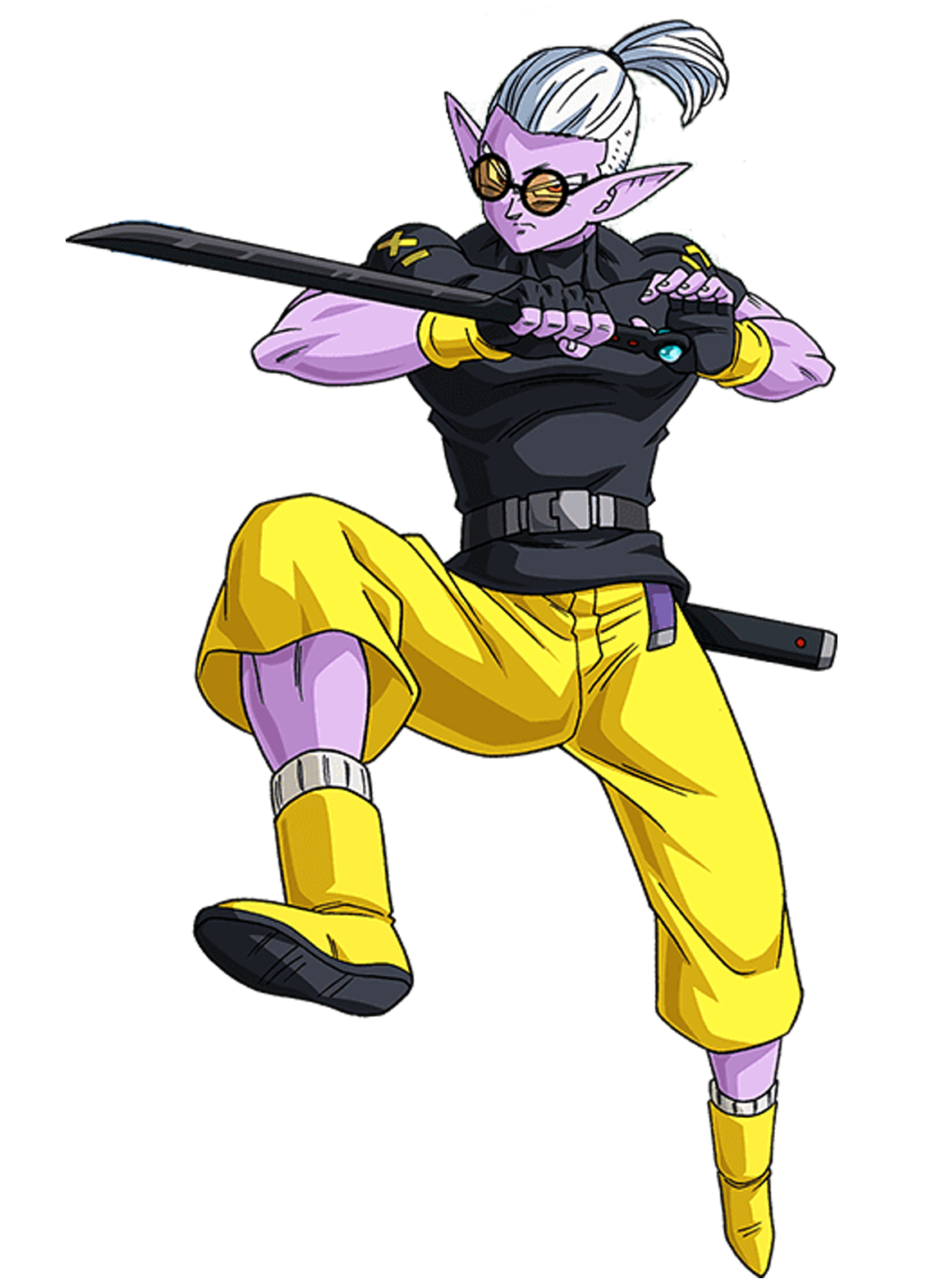 Fu is a controversial character both in terms of design and his role as the troublesome 'Great Gazoo' trickster archetype, but honestly, I find his main design to be one of the more appealing game-exclusive specimens. He manages to look unique without feeling incongruous to Dragon Ball's usual aesthetic. I really like the contrast between Fu's nerdy Harry Potter glasses and his modern gymrat fashion sense as well as his slick-back ponytail. It feels appropriate that he has a modern 2010s swagger, almost like he's echoing Trunks' super '90s aesthetic. The bright yellow baggy shorts may be a bit loud for some people, but it really helps him stand out. Fu clearly knows his colour theory as he goes for a simple black shirt for maximum contrast. Coupled with his lavender skin and permanent smirk, he has a cool, unpredictable aura. He has a little bit of a Donut Steal OC vibe, especially when he goes Super Saiyan (Super Demon?), but his main design comes together very well in my book. It's a shame that they started drifting so far out with his redesigns throughout Heroes, I understand the need to freshen a character up every once in a while, but when he goes full Dark King mode with the monocle and whatnot, it gets completely out of hand. Keep it simple. 8/10 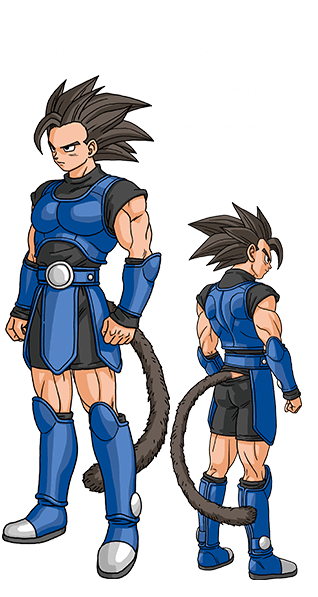 Dragon Ball Legends is pretty fun and looks amazing for an iOS game, though playing high yield battery-drainers like this always stress me out. Anyway, Shallot is definitely one of the best default avatar designs in the franchise, if not THE best. It's fab to see Toriyama create this kind of design again after many years of shying away from anything remotely muscular. There's nothing hugely groundbreaking about Shallot, but there's beauty in simplicity. The simple black and blue palette of his costume is soothing to the eyes. His outfit generally looks much more lithe and practical than most Saiyan battle armour; no gaudy shoulder pads or leg warmers to be seen here. Though there is one aspect of his design that's impossible to unsee once it's been pointed out, and that's of course the tail-flap that's dangerously close to exposing the top of his arsecrack. Toriyama finally got round his issue with Saiyans wearing pants, huh... In all seriousness, it's awesome that we have an ancient Saiyan protagonist with a tail (which indeed turns gold when he turns Super Saiyan, or red as a Super Saiyan God!), so no real complaints here. A bit of sex appeal on the male characters can go a long way. 9/10 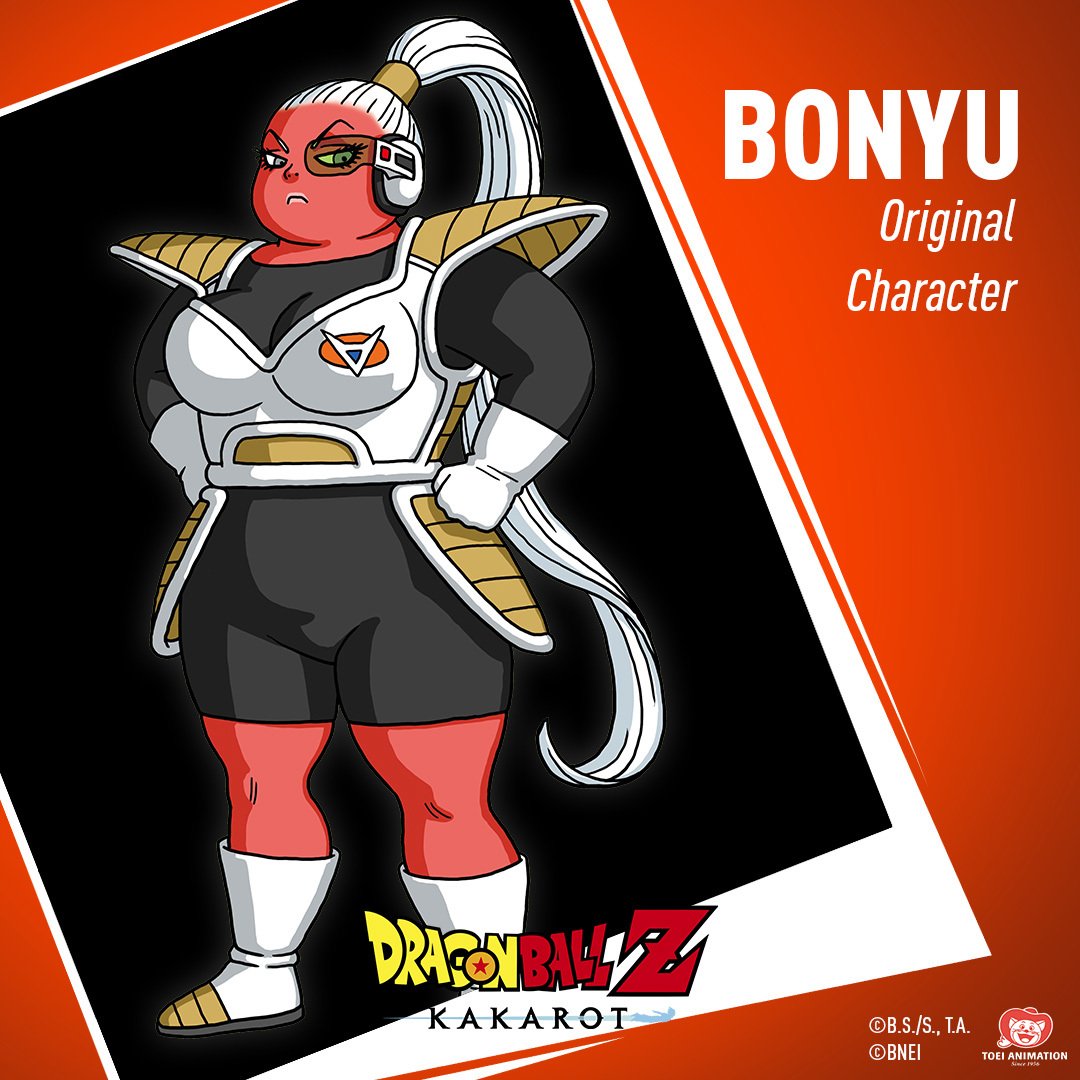 Ah, Bonyu. What is her deal, exactly? An ex-Ginyu Force member who doesn't even physically appear in the game she was created to promote (except as a hologram)? Bit of a waste. Anywho, Bonyu has a very different body type for a Dragon Ball girl as she definitely leans on the thicker side with a large bust and thighs. Her name is Japanese for "breast milk", so it seems Toriyama was channelling a bit of his inner Roshi while designing her. Jheese, the original red-skinned/white-haired Brenchian, is my favourite of the Ginyus, so a distaff version of him will obviously be appreciated. That's really all her design amounts to, unfortunately. At the end of the day, she's merely okay, her design isn't spectacular and she isn't given enough personality in-game to stand out at all. 5/10 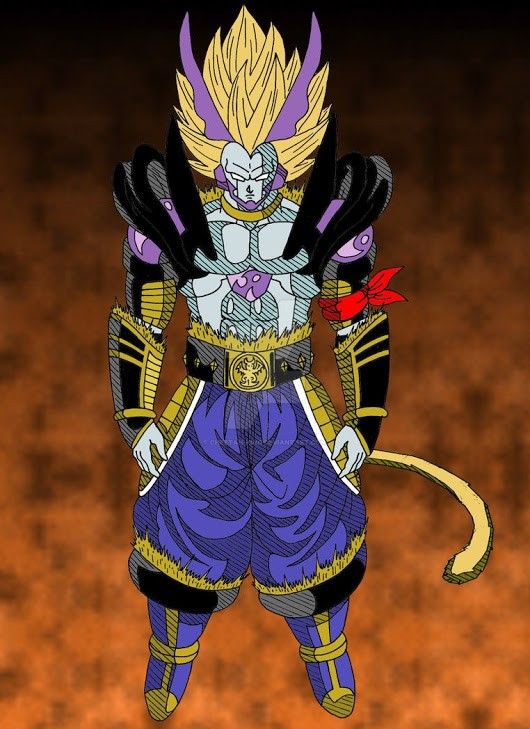 It kinda goes without saying, but Ultra Pinich may be the biggest WTF character design to ever grace Dragon Ball, ever. Seriously, what the hell is this monstrosity? A five-way fusion of Cell, Freeza and a bunch of Saiyan brats, that's what. Where to even begin with this one, there's so much going on here. Cell's build and carapace, Freeza's face and chest, Super Saiyan hair and battle armour on the bottom half... Nothing works here at all, it's about as stereotypically 'bad fanart' as you can possibly get (that's not directed towards the actual fan artist who did the above sketch, you did a good job on the likeness). It reminds me of that stupid "Combo Man" ad by Marvel Comics and Combo Snacks, if you want to look that up. A bad game of body-swap taken way too far. To give Ultra Pinich a bit of credit, his Oozaru form is much cooler, but that doesn't forgive this awful, awful main design. 1/10

We see a lot of unholy unions of Freeza and Cell across the Dragon Ball game catalogue, so it's quite interesting to see a merger of two of Super's most iconic enemies, Hit and Goku Black. Ahms is basically Sealas's robot servant who goes around fusing with other bad guys (yes, including Freeza and Cell), for a bit of context, before eventually merging with his master as well. This design is a bit stupid, not on the same level as Ultra Pinich, but the overall colour scheme mixture of Black's... well, black, and Hit's purple works quite well and isn't too over-the-top. The Super Saiyan Rosé hair obviously sticks out like a sore thumb, though. 6/10 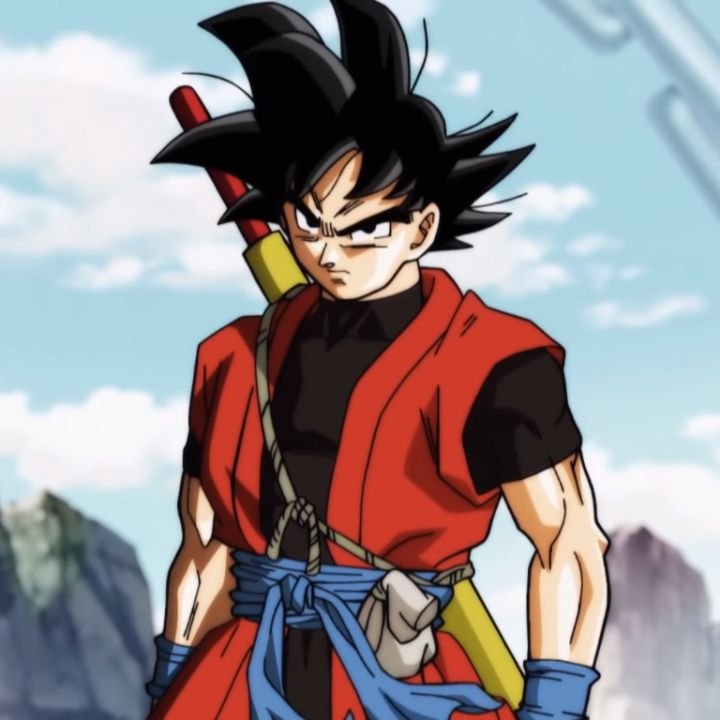 I'm not a huge fan of the overall aesthetic of the Time Patrol Saiyans. Most of them are just less colourful versions of the normal cast, with the black trenchcoat look being a specialty (even this Goku adopts it). However, Xeno Goku, at least as he first appeared in the Prison Planet arc, looks sick. This is a great alternate version of Goku if ever I've seen one. The red overcoat, the black shirt and pants, the blue obi, and of course, the return of the Nyoibo strap! It all helps to give this Goku a more businesslike aura without losing his charm. His outfit's colour scheme also clashes less with the Super Saiyan 4 transformation than the one from GT. 8/10