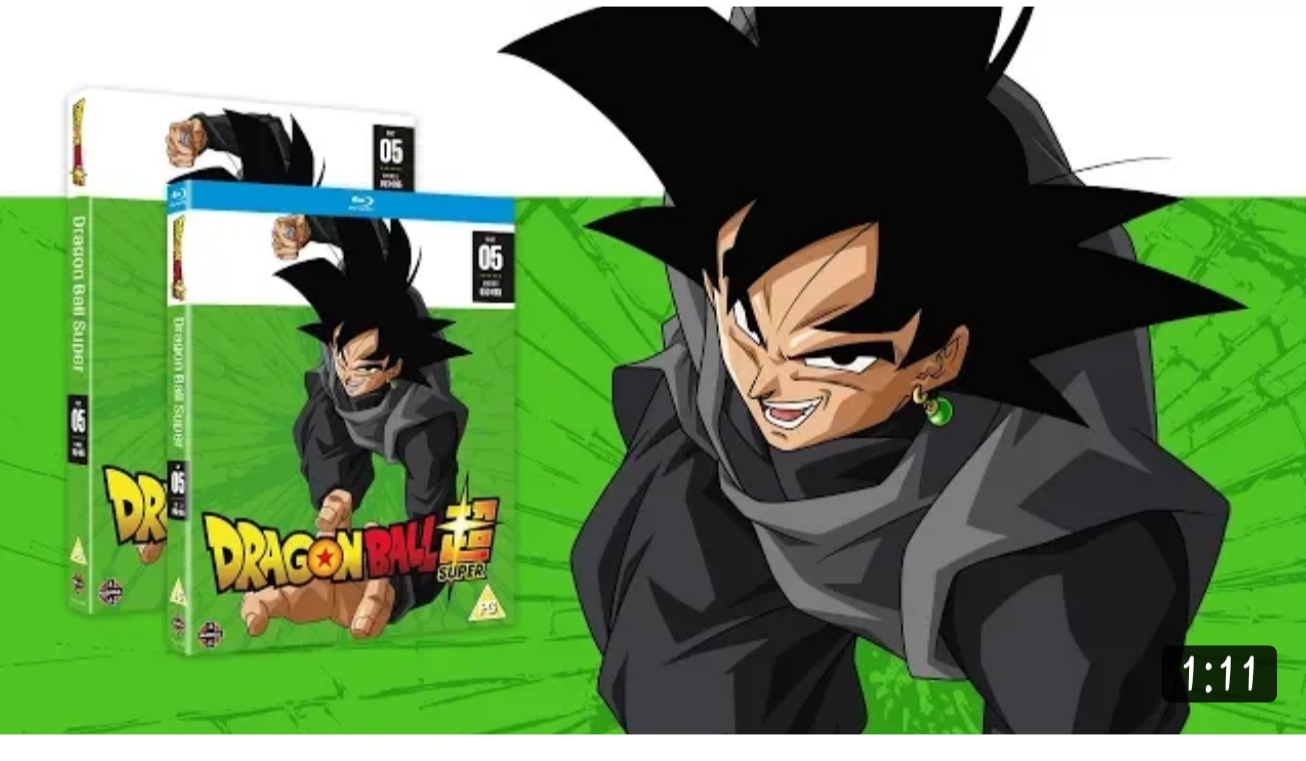 I like it, I don't love it. Wonder if Funi's Part 6 will use that green and feature Zamasu Black?
Selling
- Arrival DVD single
- Betrayal DVD single

I like it, I don't love it. Wonder if Funi's Part 6 will use that green and feature Zamasu Black?

I reckon Part 6 will probably be Vegetto Blue art. But yeah I am kinda mixed on this, I mean green make sense but I don't think it works well with base Black. Pink just seemed the most obvious choice.
Super related merchandise and figures (no longer being updated)
Top

Tian wrote:I hope they get Mark de Groot for the Ultimate Battle song. I really liked his English and Dutch covers.

You mean the guy from the Galaxian Guardians? Didn't know he was a singer.
乃亜

I think Mike McFarland should do it with his Buggy voice. It'd be a cool, affordable, reference to One Piece.


I can see that happening. Just as Sabat voicing Toppo (using his All Might/Alex Armstrong voice).

Sounds good and fitting Toppo, but it's a huge burden falling upon Chris Sabat's voice box. There must be someone out there in the voice acting business they can hire and who's able to reach this same texture of voice.
Top

The Toonami cut of OP2 is not that good.

They cut right to "Don't you know I'm unstoppable?" right as the logo pops up.
Top

Hey, at least they didn't cut it up like this.
Caulifla best girl!

Uh
I don't know it anyone's comments on this yet
But does the ending dub seriously rhyme "one" with "ones"?
Top

So, how were the new voices?
Caulifla best girl!

Dragon Ball Gus wrote:So, how were the new voices?

Was Wondering as well what Everyone's opinion on the Voice acting for Universe 9 was too Dragon Ball Gus!

Here is My Opinions so far;

1st Off, I think Sidra the GoD was Really Good and honestly better then his Japaneses Counterpart, he sounded much more firm, yet came off as a gentleman, like a Very Strong Mountain Man/Grandpa like Figure.

Ro the Supreme Kai was sneaky like I expected, but nothing out of the ballpark like Sidra, but still good.

Honestly Basil Really Surprised me, they went with a MUCH more Youthful voice for him, it sounded like a cross between Michelangelo and Raphael of the 2003 Teenage Mutant Ninja Turtles. Strange at first but I grew to like it.

Since Basil is My Favorite of the Trio-De-Dangers I am glad I grew to like his voice actors work so far and it being unique like this From Funimation.

Did not hear enought of Bergamo, but it was Good, what I expect but abit better then I had hoped, but need to hear more to fully judge.
--- ADMIN NOTE: THIS SIGNATURE IS FAR TOO LONG. PLEASE REDUCE IN SIZE. ---
“Let it Bloom. Let it Ring. The Song of Love & Victory!”

Brianne De Chateau/Ribrianne!
My #1 in DB!

I’m a Veteran Poster of Comic Book Resources since 2012!

Zen Exhibition is now "Zen Expo"
they also changed the name of the World of Void to something else but i can't remember what it was.
Top

I like it, I don't love it. Wonder if Funi's Part 6 will use that green and feature Zamasu Black?

I reckon Part 6 will probably be Vegetto Blue art. But yeah I am kinda mixed on this, I mean green make sense but I don't think it works well with base Black. Pink just seemed the most obvious choice.

I doubt it; there were already two blue sets in a row

I'm voting Rose pink for 6 and Zamasu and green on 7
Since part 7 is mostly filler anyway, if I counted episodes right
Top

I’m telling you what, they need to just cut the last two shows from the block and extend each show to 40 minutes then we can get the full opening and ending songs.
[url=http://www.facebook.com/Son.Goku.Densetsu]Facebook[/url]
Top

I'm liking the TOP Dub a lot so far. Most of the "new" character's voices are just perfect. Then there's some like Basil and U9's Kai, where I'm kinda not really sure what I think about them yet. Who knows maybe it'll grow on me. Looking forward to the in between tournament character setup esc episodes on the way

AzuraRacon wrote:Uh
I don't know it anyone's comments on this yet
But does the ending dub seriously rhyme "one" with "ones"?

To be fair, they are rhyming "everyone"and "ones", and not something new, lots of song do stuff like that.

Haven't the weekday run of Super airing the full opening? If anything, we should be able to hear the full opening in reruns, if that's the case.
Interested in learning about the many international dubs of Dragon Ball? Then contribute to our Dragon Ball International Dubs spreadsheet here!: https://goo.gl/Zay3za It's open for anyone to edit* and view, so go ahead and add your own information to our ever-growing list!

We'll finally get to hear Toppo next week. Any guesses on who might play him? I still think Sabat's a perfect fit, but he's played so many characters already that I doubt he'll take another Dragon Ball role. I'm just imagining his Major Armstrong/All Might voice and it fits Toppo so well.
Dragon Ball Super: Broly AMV
Top

Super Saiyan Swagger wrote:We'll finally get to hear Toppo next week. Any guesses on who might play him? I still think Sabat's a perfect fit, but he's played so many characters already that I doubt he'll take another Dragon Ball role. I'm just imagining his Major Armstrong/All Might voice and it fits Toppo so well.

Back in May of this Year 2018 I finally got into My Hero Academia and I am SO Glad I finally Did! As an Anime Fan and Comic Book Fan this was a Great Yet Unique blend of both Genres together! With that I got into the Dub Version 1st and speaking on Sabat's role as All Might or how he voices the Character when he is in Hero Form, He would Be a Very, Very Good Pick for Toppo I think as well Super Saiyan Swagger.

I remember Sabat as Major Armstrong as well and he has a good ablity to deliver good, funny lines with a Heroic and Iconic angle to them while getting across his character's noticeable large sizes and over the top personalities. Toppo would fit in that long line of characters, yet also Sabat has a good ablity to bring personal moments of depth very well and in those moments for Toppo like when he is at the bar in U11 before the ToP, I think Sabat can give Toppo's characters a whole new level of persona that while being faithful to the original, also adds to Toppo a good deal too.

Brianne De Chateau/Ribrianne!
My #1 in DB!

I’m a Veteran Poster of Comic Book Resources since 2012!

Guys, we have a new voice announcement. And it's of a very familiar face, or voice, whatever. This person originally voiced a certain popular character in a certain video game, but then that character got recasted in the anime, and it was said by Chris Sabat, that we would hear this guy's voice again sometime soon, we just didn't know when. But now, he just announced on Twitter that he will be returning to the anime as the voice of Khai, the Universe 11 Kaioshin. So guess who's back? Our old friend, Aaron Roberts!

Dragon Ball Gus wrote:Hey, at least they didn't cut it up like this.

TBH, I actually like that better than how Toonami cut the intro. At least the transition is seamless.