A redemption from the last episode.

-I'm beginning to appreciate Frost again in a long time. He's not the nice Freeza that many hoped, but I'm starting to embrace that he's evil. Basically, a love to hate-type character. He still needs to be more than just a palette swap Freeza.
-I guess they needed to refresh us in how many fighters were left before this episode due to the break. I liked seeing each respetive universes' logo. Interesting is that U4 has two unseen fighters, and the two namekians finally appear along with the rest of U6's team. It was also very convenient to see how U6 and U7 had the most fighters on the ring, until the end of this episode.
-More Jiren hype that I don't buy, and a third universe that gets humiliated again.
-Confirmed: Goku equals universe 7. I don't see why Ribrianne didn't go after 17 considering he ringed out two of her teammates.
-There is it, the Big Bang Attack is back. Rumor has it that Future Trunks will return again just to steal this move.
-I liked the soundtrack that plays when Vegeta gets Mafuba'd.
-The thing I ever imagined was Vegeta and Roshi cooperating.
-Beerus calling everyone bald was funny, but admiring Roshi was very warm of his.
-I can't wait until the new ending, it's more of my type of music. I still don't like the current one.
-I guess Gohan will take revenge for getting Yamcha'd back during Freeza's comeback. Cabba might turn super saiyan green while getting beaten around.
Last edited by Torturephile on Sat Sep 16, 2017 10:10 pm, edited 2 times in total.
From Super episode 113 thread:

hunduel wrote:I liked this episode. I seriously don't know why people hate it.

namekiansaiyan wrote:I seriously don't see why some of you like this episode when nothing happened and was basically filler.

The fandom in a nutshell.

The duality of man.

Voice acting was also phenomenal this episode, even more-so than usual. The way Nozawa screamed "Outta the way!" was extremely intense.
Top

Great episode indeed BUT the preview got me thinking. Frost was charging a blast behind Frieza like he was going to attack him. Maybe the theory of Frost betraying Frieza might be true.
Top

Not bad. Vegeta saving Roshi, then Roshi saving Vegeta. And they so wanted to use that bald joke.

In regards to Jiren, they've kept him really lowkey. They did the same with Hit, but Hit ended up being so friggin cool. I hope that's the case with Jiren? And jeezus, when was the last time Goku trembled in fear twice to an opponent?

In the NEP, seems like Freeza turns on Gohan, but Frost turns on Freeza. And Toppo was manhandling Cabba too.

What an episode! Loved it! Frost was awesome, Roshi was awesome, Vegeta was awesome... Heck, even Magetta was pretty cool! And rest in peace to the ending theory!
Top

Man, what a great episode! The storyboard and animation was fantastic.

The flash back with Frost and Champa was cool, and how it transitioned back into the present with an explosion was fucking awesome.

The grand preist talking about the status of each team had some cool team shots of U 6 and 7. Look like we are building up the 2 missing fighters from U4. I notice the U6 Namikians were in that shot yet, we haven't really seen them yet.

Maji Kayo vs the Pride Troopers was a nice piece of action. At least Jiren is doing more than just standing around now. IMPROVEMENT!

God, Frost pummling Roshi was brutal. But at least Roshi got some shots in. Even if it didn't do much to Frost. Even the failed Mafuba was really cool.

Vegeta vs Frost and Magetta was great! Especially Magetta who tanks everything! Love him!

My favorite part though was Frost using Roshis mafuba against Vegeta. My god what a cool moment. The music and visuals were top notch here. Frost is so damn cunning and Roshi trying to correct his mistake was real great moment. Roshi is a real trooper. Him freeing Vegeta like that and Vegeta scaring away Frost with Blue, and name calling Magetta off the stage was all so good. Even Magetta falling off the stage looked really nice with tears being animated while he falls. Just a nice touch.

And of course Beerus respects Roshi now more than ever. Can't blame him. Roshi has been one of the greatest things about this tournament so far. Which is great because I expected him to be boring. Dude went out with style.

Next episode looks pretty sick to. Goku vs Ribrianne should be a treat and I'm glad we get to see Freeza again.

I am the Great Saiyaman! Defender of truth! Protector of the innocent! Upholder of justice! Doer of good!

To Infinity, then stop!

Pretty good episode this time. Well except for the really dull and uninteresting recap, that sucked. Glad the rest of the episode picked up well enough from there. A step up from 2 weeks stank. My only real complaint is Goku didn't just use Shunkan ido to jump right into save Roshi. Shoulda at least tried.

Now this is again what I wanted to see. We had 2 universes fighting that wasn't just everyone vs Universe 7. We also had the pair of Vegeta and Roshi. THIS IS MORE LIKE IT! We've never seen them before, and their banter was great. Seeing how Vegeta acted was wonderful, as well as his subdued care of Roshi. Next episode is also looking great as after Gohan got embarrassed by Freeza, let's see how he redeems himself....then fear for him if/when he might face Golden Freeza.
Why Dragon Ball Consistency in something such as power levels matter!
Spoiler: 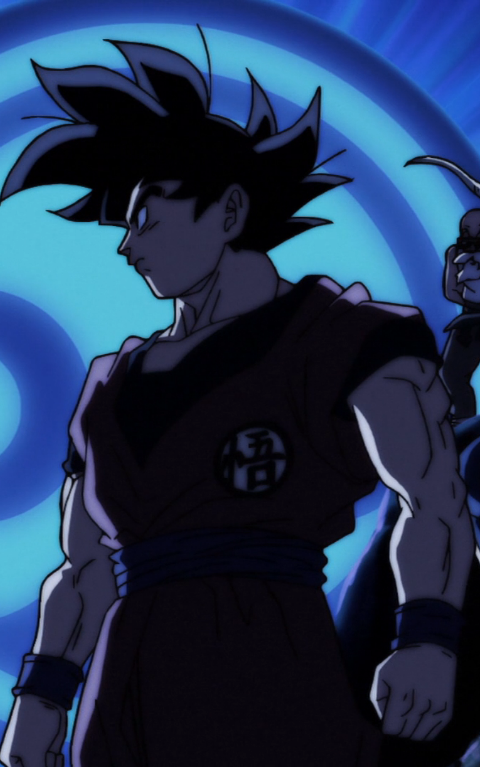 Roshi and Vegeta, the team up I never thought we would see. It was a great episode and it was nice to see Jiran doing something to help slowly build him up.
"I just realized something. Honestly... it kinda doesn't matter where I go... whether I'm alive or dead... I'm still pretty dandy." - Space Dandy
Top

Love how Vegeta was characterised this episode. I was originally turned off by the "Don't get the wrong idea, I'm only here to get revenge" thing he said at the beginning, but his worry for Roshi's life and his sendoff to him was pretty heartwarming.
Top

So Frost said he was pulling all his punches, no wonder Roshi didn't die and kept surviving his attacks. No way would Frost not be able to knock out Roshi in one hit.

I really loved the blue guy against Dysop and Jiren, shapeshifters are always fun to watch. I liked what we saw of him. Roshi not only standing up to Frost, but also smashing his bottle to prevent Vegeta's capture, but then also shooting Vegeta free later when he did get captured was great.
Top

Doctor. wrote:Voice acting was also phenomenal this episode, even more-so than usual. The way Nozawa screamed "Outta the way!" was extremely intense.

Yes!! I forgot to bring that up. That gave me chills. Anytime Roshi gets beat up Goku starts to show some emotion that we rarely see from him.
Dragon Ball Super: Broly AMV
Top

GreatSaiyaJeff wrote:Roshi and Vegeta, the team up I never thought we would see. It was a great episode and it was nice to see Jiran doing something to help slowly build him up.


We seriously need more of this, more team-ups between characters that we don't usually see interact. I don't even know if Vegeta and Roshi ever exchanged words in DBZ.
Top

Best episode yet. More focus on the side characters, barely any Goku, Jiren finally does something else, plus the animation was great. All the characters involved were treated well, wish more episodes could be like this.

Only complaint is that we still haven't seen Piccolo do much, and why Roshi of all people is getting the most focus out of all the side characters. I love that he's important again but Krillin and Tien deserved much better imo.
Top

Also agree that Roshi and Vegeta's exchange was well worth watching too.

Usually I would have a problem with an episode dedicating the beginning to establish how many fighters are left in the tournament, but we're like 10 episodes into this tournament so I'm totally fine with spending some time to remind viewers just how many fighters are out and how many are left. Not to mention it had some really cool storyboarding and directing to back it all up. Look at how cool these two shots are...
[spoiler] 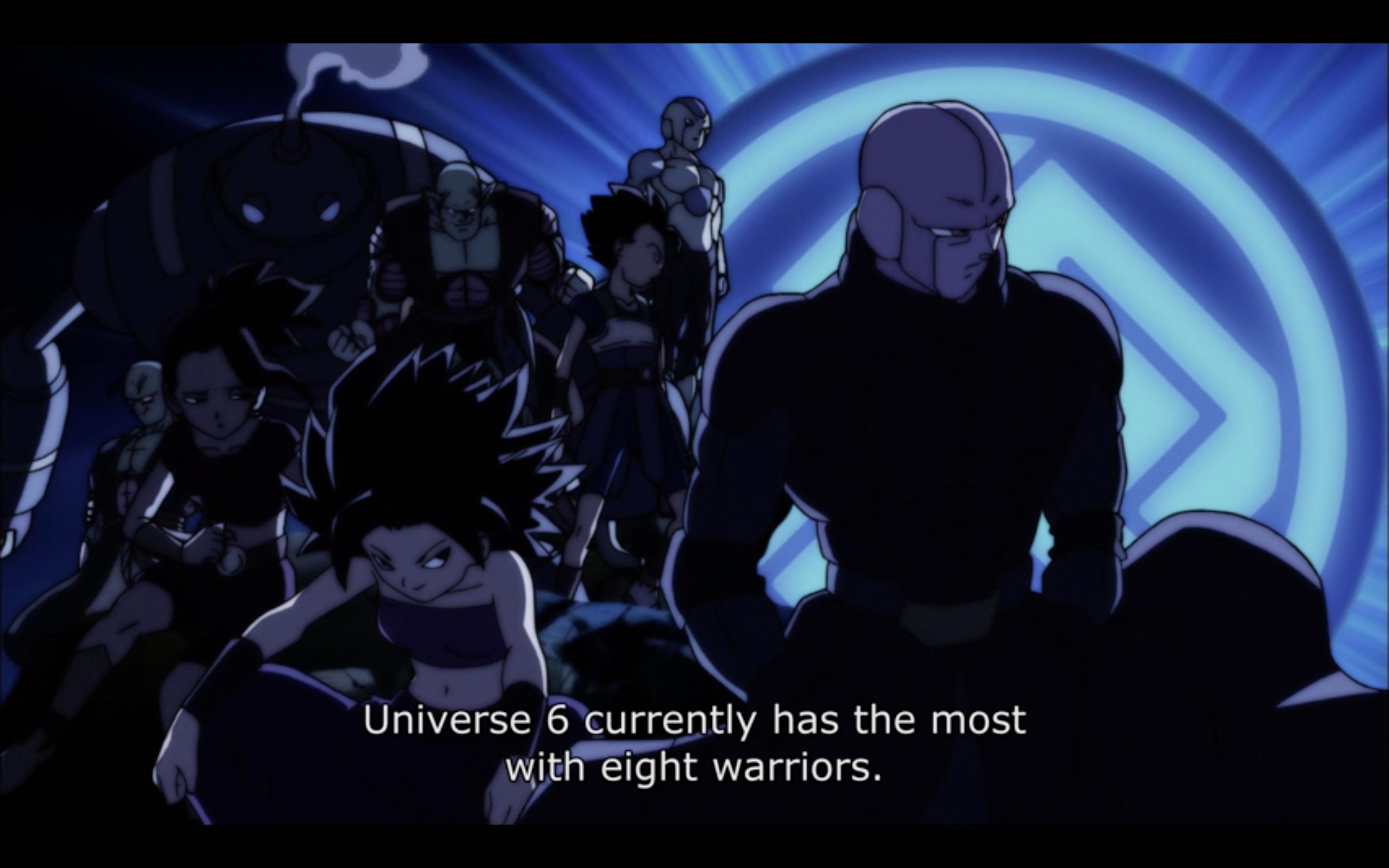 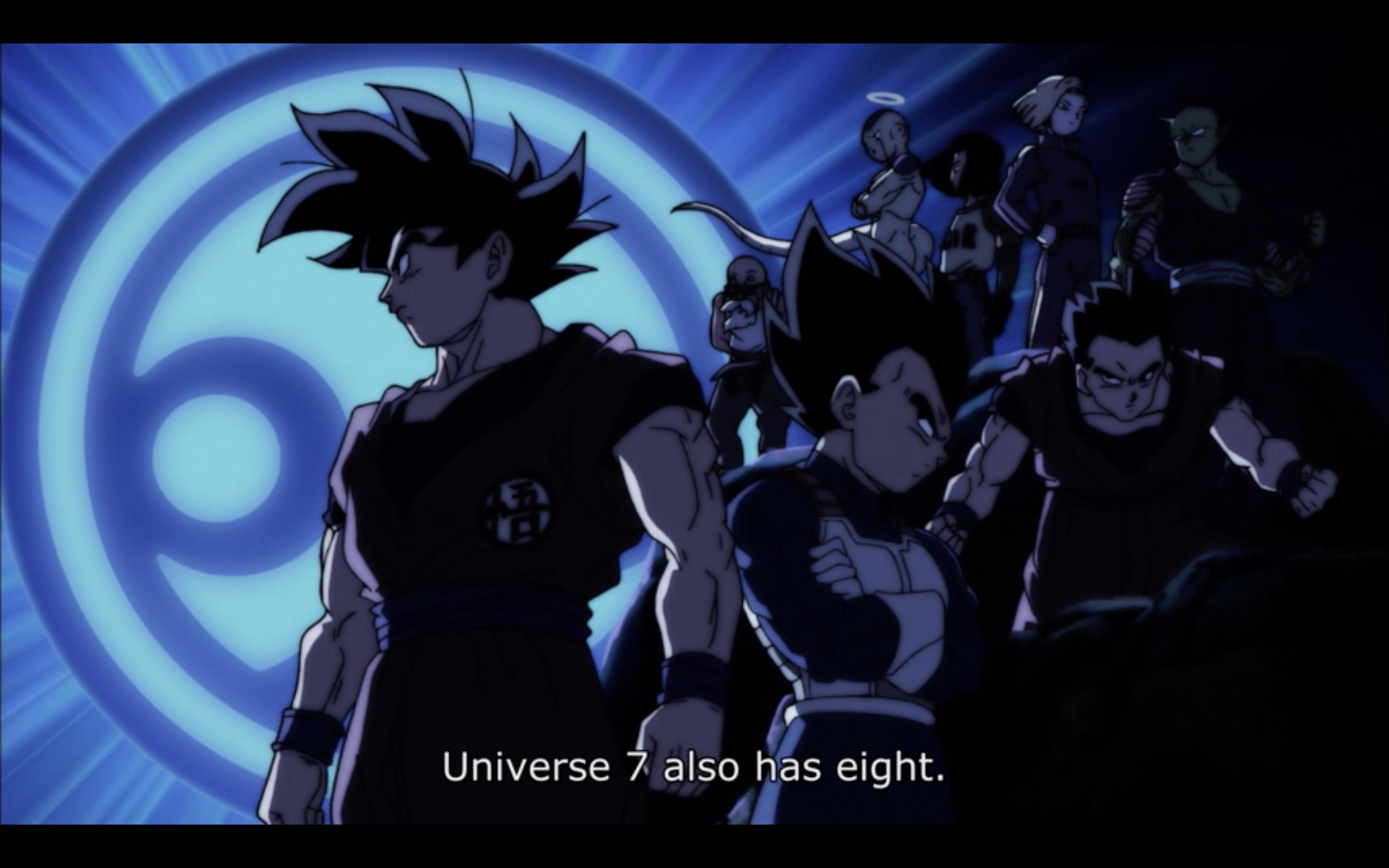 I really do love that shot of Goku.
Top

I actually thought this episode would be dull due to that slow start of just explaining how many fighters were left. Thank god it picked up in the second half.
Top
Post Reply