Shouldn't this belong to the Fan-Created Works section? Anyway, this looks fine enough for casual viewing and I find this better than Funi's oil painting remaster at least. The color correction is okay. However, they used the stereo sources for the theme songs which resulted in the absence of the gong sound in Makafushigi Adventure. I dislike this kind of extensive improvement that is supposed to surpass the original materials, which often unintentionally ruins minor details. Also, they didn't even fix the placement of the next episode previews. The people behind this don't seem to possess enough knowledge.

What makes me sad is that there is still high demand for this kind of fan remaster projects among the fanbase because of Toei's cheapness and laziness.
Top

Dont know if this is the same person but found this on Twitter
https://twitter.com/dbaiproject/status/ ... 2751667201
Top

Yeah it is the same.

Not sure why OP has redacted some posts but anyway - as with most current AI upscaling projects for DB/Z there is just something not right with it. On the surface and certainly in stills of some shots it looks nice, and the CC is good overall, but on the whole watching it in motion gives a jarring feel. Detail on the background is warped.

The progress with AI upscaling is incredible, but this particular upscale just isn't there, maybe in 5 years.
Top

Man, I watched some episodes on TV and the result is phenomenal. Anime is even more attractive.
Top

Okay, why does this, what I can only assume is the "before" frame look like a YouTube rip instead of the actual source footage from the Dragon Box? It's clearly had some DVNR applied already, and it looks really bad.

Here's what seems to be being presented as the "before" frame: 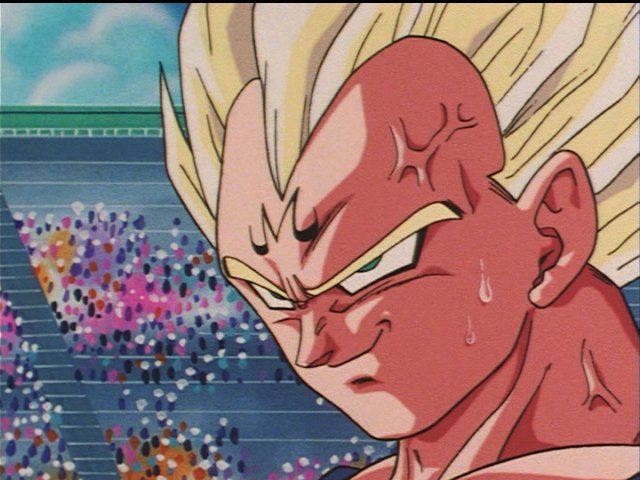 Then the "after" image:

This looks... not good. The lightest shade of his skin now looks a bit brighter than the whites of his eyes and his hair highlights? Also it's even MORE smeared than before. It just looks like any ordinary noise removal, and it's bad. You can see the black's color smearing into the surrounding colors, messing with their saturation and making them look very nasty.
"Kenshi is sitting down right now drawing his mutated spaghetti monsters thinking he's the shit..."--Neptune Kai
"90% of you here don't even know what you're talking about (there are a few that do). But the things you say about these releases are nonsense and just plain dumb. Like you Metalwario64"--final_flash
Top

this doesn't look so bad

look at the wrinkles in the clothes