Wait a second how come u18 Gohan is threatening Vegeta but u16 Gohan is fine with Vegito and Bra running around.
http://img853.imageshack.us/img853/6509 ... anner2.jpg
Top

The rules dont apply to U16. They get away with things just because.
Top 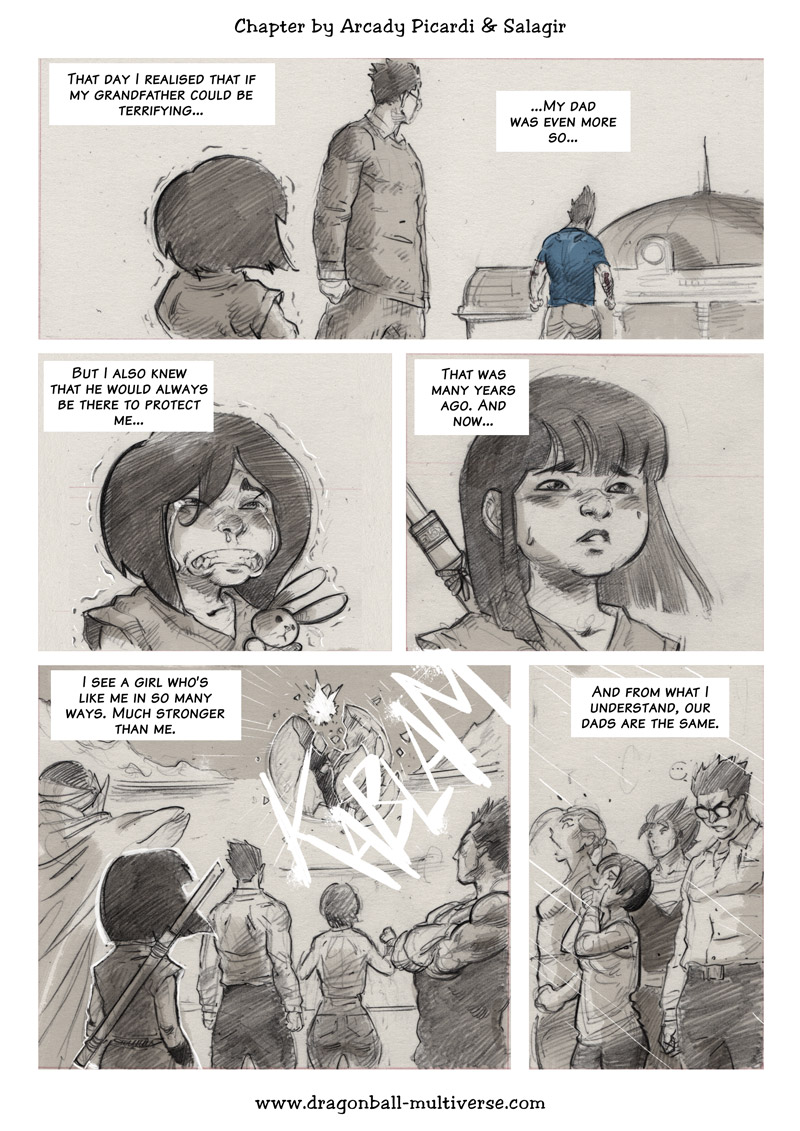 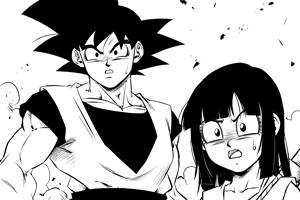 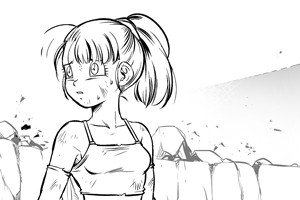 Next Sunday there will be a minicomic.

Wednesday 2nd is the return of the main story!
Drawn by Asura and Veguito!

Ah, so the main cast gets back to the arena and I guess Pan's perspective was a segway into that.

I'm guessing Vegetto will show up after Goku, sees what Bra did, and that's when the shit hits the fan.
Yamcha: Do you remember the spell to release him - do you know all the words?
Bulma: Of course! I'm not gonna pull a Frieza and screw it up!
Master Roshi: Bulma, I think Frieza failed because he wore too many clothes!
Cold World
"They say assholes grow on trees/But I'm just here to trim the leaves"
"If a girl is over 35 and not married, then she must be nuttier than squirrel shit." - Reverend Pastor Father Uncle Ruckus (no relation)
Top 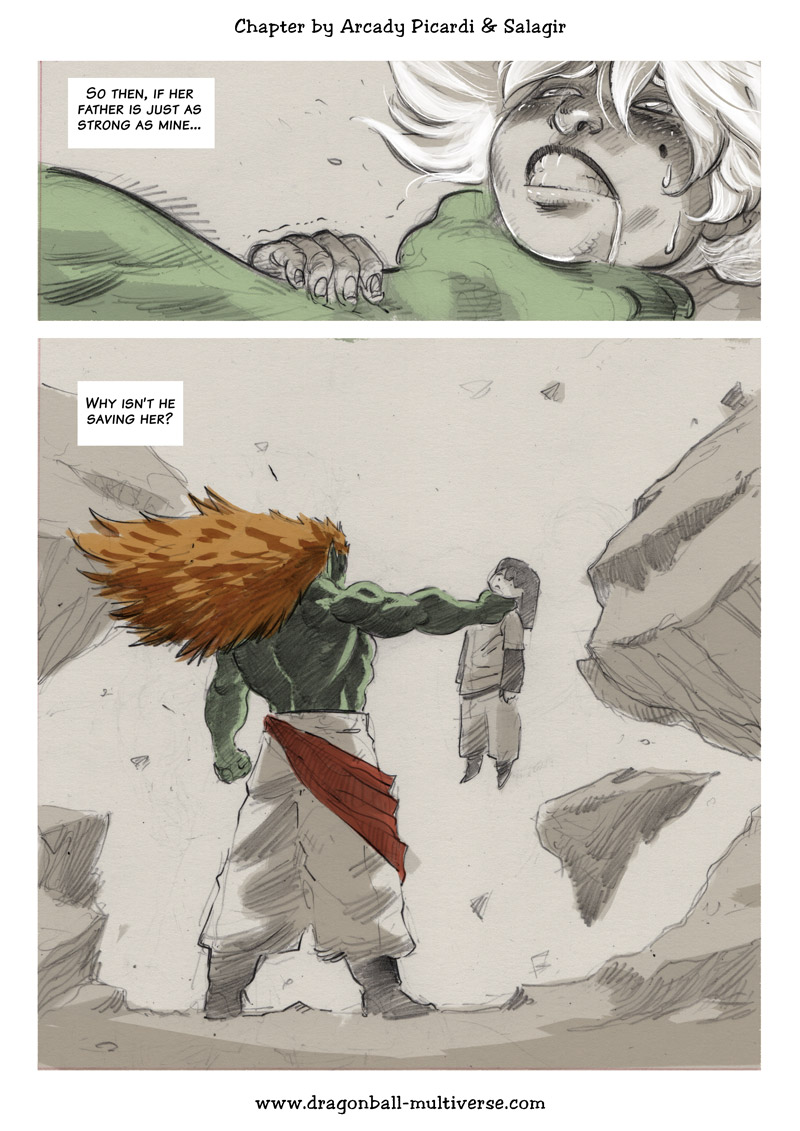 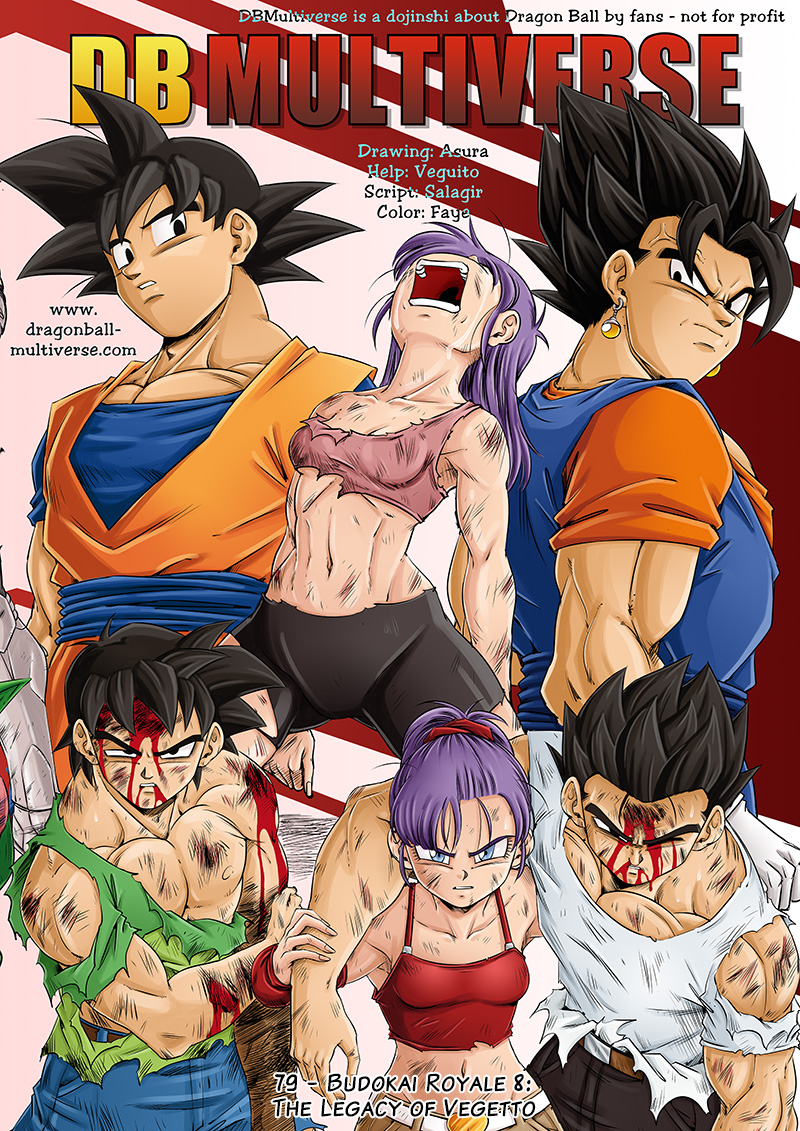 Vegetto goes to kill Bra and Goku and Gohan confront him. Vegetto becomes the monster he predicted Bra will be.
http://img853.imageshack.us/img853/6509 ... anner2.jpg
Top

miguelnuva1 wrote: ↑
Wed Dec 02, 2020 5:54 pm
Vegetto goes to kill Bra and Goku and Gohan confront him. Vegetto becomes the monster he predicted Bra will be.

Is. The monster she is. She killed several people without remorse, and only stopped because someone called her passive. I'm on Vegito's side. She's too dangerous. He should have done something about her a long time ago. If you can't kill her, Mafuba her and leave her on a desolate planet.
Top

I have to agree with that take. Sure, I didn't believe it was fair to condemn her for what she did as Majin. But the latest flashback special revealed just how close to the edge she is. Gohan couldn't reach her. Vegetto failed her. She has a view of contempt against practically everyone and it's only fear of death that has stayed her hand. I don't know if U16 should flip a coin to determine if Bra will become a villain or not in 20+ years.
Top

That's probably how Salagir's going to try make us feel sorry for Bra. By having Vegetto be the bad guy who wants to take her out despite her showing remorse... even though the shit she did is irredeemable, and can't just be swept under the rug.

Not sure why Gohan would defend her though. Her actions as a Majin were abhorrent.
If you have the time and are interested, please consider checking out my fanfiction account at https://www.fanfiction.net/~thegodfather93
Top

Everything that's happened is more or less on Vegetto. He knew how strong and out of control she was, so why did he allow her to take part in the tournament ? He knew how much trouble she was going through due to her powers, yet he tells her one day he'll kill her ? her own father ? that was never going to end well. If he tries to kill her in cold blood, especially if she's lost the will to fight and maybe even live, then Goku and Vegeta have every right to put him down.
Top

Really want to see U16 Bra pay for what she did, but we all know deep down she'll be forgiven with little consequences.
Top

Figures, the one time in a long time I'm legitimately enjoying their work, Bra and Vegetto are back to ruin it
Top

I wonder if there's any relavence to Goku being prominent on the cover.

I could see vegetto getting through, perhaps buu lets him for drama and maybe Goku happens to sense vegetto powered up and ports there first.

Which reminds me, who of the stranded people can teleport?
Goku
Vegito
Buu
Can south supreme Kai do it?
The tech guys?
Yamcha almost certainly did not cheat on Bulma:
He was afraid of Women, Bulma was the flirty one.
Yamcha wanted to get married (it was his gonna be his wish)
He suggested they settle down in the Trunks saga.
Alternate future Trunks is not a reliable source.
Toriyama wanted new SSJ Kids and not make new characters.
Top

Main problem with this fanmanga, is Salagir attempt to make Dragon Ball more dark, edgy and hardcore, with is why we have:
- Characters acting OOC (Gohan turning into cocky jerk on Namek in Ginyu/Freeza universe, Vegeta wanting to hurt Pan to trigger Gohan etc.)
- Brutality and violence boosted to ridiculous level (Mostly in specials, but main manga had its moments too)

And in my opinion, it doesnt work for Sonic, it won't work in Dragon Ball

So Fat Buu is probably still alive right? It didn't show him getting vaporised by Cells nucleus.

It'd be funny if they revealed she never broke the control ZenBuu killed babidi at the same moment.
(I assume he's doing it now if he hasn't already, he's got no majinised fighters left and no one left for Babidi to possess.

I really want to know whats going to happen, is every bird and Namekian dead like the spectators.

I'm surprised wounded base Goten is alive but every Namekian organiser, even further away is dead, I guess that little wall really was strong.

The control tower was blown up by Freeza so I don't see how anyones getting home.

At the very least the competitor Cell is dead so that fucks up Vegetas next match even if they decided to finish it in the void.
Yamcha almost certainly did not cheat on Bulma:
He was afraid of Women, Bulma was the flirty one.
Yamcha wanted to get married (it was his gonna be his wish)
He suggested they settle down in the Trunks saga.
Alternate future Trunks is not a reliable source.
Toriyama wanted new SSJ Kids and not make new characters.
Top

I like how Bra is just looking off to the side like "I don't know why she's suddenly crying... What the fuck?"
When Super apparently shoves Goku down our throats:
Spoiler:

And then evil Bra stabs good Bra with an energy blade.

"Just kidding! You didn't think a stupid little speech like that would stop me after all I've done, did you?"
Top

Why would Bra care all of a sudden? Being called 'passive' was the thing that broke her free, not the sudden realization that killing your own family is a terrible thing to do. Vegetto taught her as a kid that the Dragon Balls will just fix death. She killed Goten, destroyed a whole planet and all she got from Vegetto was "come home on your own and wish everyone back. Also I'll kill you when you get stronger lol."
My DA: http://slangh.deviantart.com
Top
Post Reply