Chuquita wrote:I never cared much for the manga ending either

I liked that it was open-ended, but it felt very rushed.


Chuquita wrote:I do still want to see Gokû and Vegeta go on an adventure across those other twelve universes something awful.

Prior to the whole Freeza announcement, I was expecting that to happen in this movie, as were many others I'm sure. I wonder if we'll ever get to see any of the other universes? Hopefully these movies continue for awhile.
「恨むんならてめえの運命を恨むんだな··· このオレのように···」
Top

I want to see the other universes so bad. They're a blank slate of story telling. You could bring Gokû and friends into any kind of story.

I'd be fine with them continuing with movies every two or three years. I like the format (despite how frustrating the waiting on plot updates had been) and it's good to have Toriyama doing the writing imo, which is the main thing keeping me from choosing new series over more movies. He wants to make his own stories, but I can't see him having enough motivation to write a while series.

Hoping there's some new info in next week's Weekly Jump. If there is, I expect ANN to mention it tomorrow or Wednesday.

And if not there, VJump will eventually be here.

I also want a Uub era movie... but I highly doubt they would allow it. They are still milking all the extra transformations and villians from GT, so I guess they wouldn't like to give up on that in case of an official retcon if they go beyond EoZ (not that SsjGod doesn't changes that, but still...).
Check out Journey's End, a short story of Goku and Vegeta's final days. "Time is running out for the last two Saiyans"
Top

EoZ would be nice for some Vegeta and kid!Bra interactions. X3
We at least got some interaction with Gokû and Pan in EoZ.
I'm still hoping for some of that Vegeta family time bookending F.
My deviantart * My tumblr * My twitter
---
フレフレ みんあ！ フレフレ 私！
Top

I would love a Toriyama movie that happens after EOZ.
I would like to see more Gods too. Beerus and Whis became my favourite duo. If Tori can make more interesting and diferent characters like them, don't be shy, just bring it!
A world without Dragon Ball is just meh.
Top

The wait is killing me. In the back of my mind, I keep hoping that we'll get some kind of big reveal.
If ANN breaks the news again, I hope they do a proper translation this time.
「恨むんならてめえの運命を恨むんだな··· このオレのように···」
Top

The wait is killing me. In the back of my mind, I keep hoping that we'll get some kind of big reveal.
If ANN breaks the news again, I hope they do a proper translation this time.

I would not put another "Bills" past them. They still call it "F is for Fukkatsu" or something to that effect despite Mike clarifying the F is Freeza in one of the thread responses. I'm so starved for plot though, I hope there is something revealed tomorrow in Weekly.

soulnova wrote:I also want a Uub era movie... but I highly doubt they would allow it. They are still milking all the extra transformations and villians from GT, so I guess they wouldn't like to give up on that in case of an official retcon if they go beyond EoZ (not that SsjGod doesn't changes that, but still...).

They could have GT be a AU series if they go past Uub. I think Toriyama could change his mind on doing a series of movies after Goku left off with Uub if he feels like that there is more story to tell. Besides Toriyama doing his sequel to DBZ is what most fans wanted for years.
PS4 username: Guyver_Spawn_27
MAL Profile: http://myanimelist.net/profile/Hellspawn28
Steam: http://steamcommunity.com/id/GS27/
Top

Zelvin wrote:Ya know, I just can't get the idea out of my head of Freeza just getting one-hit killed after all the "training" is over. Like what Gohan did in "Fusion Reborn".
https://www.youtube.com/watch?v=5yNlPL9unj0

Really thats what should happen to Freeza in this new movie.
Top

"The villains in dbz are just like wrestlers. When they're first introduced they are unbeatable, but when they lose, they make it so anyone can beat them.﻿"
I laughed way too much to this. At least, there's still funny guys around in this fanbase.

I know people wanna explore the other universes, but sadly I'd like to hear more about the one the Z-fighters currently occupy. The vast majority of the 7th universe isn't even explained or explored. We had Demons in early Dragon Ball, then were forgotten about and never brought up again (except in non-canon media). Why don't we go visit the Demon Realm or some other hot spots in the galaxy that aren't laid out as the most boring backwater planets in the universe?

Where's the rest of the universe? A universe is a vast infinite reach of endless possibilities. GT failed to do anything more than rip off everything straight from Dragon Ball. There's so much out there waiting to be filled in, yet the focus seems to remain on Earth and the characters we know. Maybe FnF will shed some light on what the hell Freeza's defunct army has been doing for the last 20yrs without a leader.

I'd like to know the origin of his species, how the Planet Trade/Empire was put together, who's in charge of it now, what's gone on in the greater galaxy since Freeza's death, why do the Namkians remain largely isolationists, and why do the plots always revolve around Earthlings and Saiyans? I mean once you jumped onto the sci-fi trend, you'd think we'd have a bit more aliens popping up to do more than just show up to get beat up by Goku.

I wanna see new characters that impact the growing story and open up the entire cosmos to exploration and to unfold the mysteries and answer all the questions people never dared to voice before about the series. It's a little disappointing that we're stuck on the same planet with the same group of people and watching as 90% of the group is kicked to the wayside to make room for the top 2-3 strongest and effectively makes most of the cast about as filling as a single dorito to Jabba the Hutt.
PS3 Xenoverse Player
PS4 Xenoverse 2 Player
PSN ID: ReiKai_Onimusha
Main Character: Zelvin
Race: Frost Demon
"In space, no one can hear you scream. But you still make one ugly face."
Top

Zelvin wrote:I know people wanna explore the other universes, but sadly I'd like to hear more about the one the Z-fighters currently occupy .... why do the plots always revolve around Earthlings and Saiyans?

Because no other race can compete. That's why I'd like to see these other universes; they open up the door for new adventures and challenges.

What the hell is wrong with them? You'd have to bend over backwards to get that.
「恨むんならてめえの運命を恨むんだな··· このオレのように···」
Top

FatNagger69 wrote:What the hell is wrong with them? You'd have to bend over backwards to get that.

I've responded a few times about it, but was shot down. The last thing I provided (after extensive explanations in other ways) was a sentence from Toriyama literally saying, regarding the title, "The F is the F from Freeza."

What they keep putting in parenthesis is neither a translation of the title nor a description of the title, and I can't figure out for the life of me why they wouldn't want to... well... honestly, not be wrong. Makes me sad

I suppose a small consolation would be that your version of the title appears to be the most prominent, at least from what I've seen.
「恨むんならてめえの運命を恨むんだな··· このオレのように···」
Top

The more I think of it I imagine it will be an easy-go for Freeza to become strong enough for Z heroes. It was already mentioned that Freeza will not be resurrevted as is, something more/else will happen. I think Freeza will be resurreted with a big power even if he didn't have a body to train in Hell. But I definitely don't like that turn of events, I really hope I'm wrong.
English is not my first language!
I'm still waiting for Dragon Ball in Super...
Top

There's no Weekly Jump articles on ANN today yet regardless of series, so presuming no magazine early releases atm. Still hoping for something this week though. Maybe tomorrow?
My deviantart * My tumblr * My twitter
---
フレフレ みんあ！ フレフレ 私！
Top

Photos from the Jump Festa panel! Neat. :3
Getting to see some of those drawings they did. X3

I wonder if the dialogue from the script exchange would be in here? I don't know yet.
My deviantart * My tumblr * My twitter
---
フレフレ みんあ！ フレフレ 私！
Top 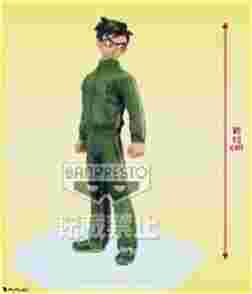 ...
"Dragon Ball once became a thing of the past to me, but after that, I got angry about the live action movie, re-wrote an entire movie script, and now I'm complaining about the quality of the new TV anime. It seems Dragon Ball has grown on me so much that I can't leave it alone." - Akira Toriyama on Dragon Ball Super
Top
Post Reply