Things that scared you

Things that scared you

Since I'd figure most of us have been familiar with the franchise since our childhoods, were there any parts that ever scared you?

Personally I remember finding the Tree of Might to be pretty scary, the way it grew so rapidly and destroyed all of those cities and everything.
Cool stuff that I upload here because Youtube will copyright claim it: https://vimeo.com/user60967147
Top

I wouldn't say scared. However, Cell absorbing that fat rich guy creeped me the fuck out.

"I am neither Goku nor Vegeta! I am the one who will defeat you!!" - Gogeta


I'm that guy who makes the avatars
Top

Freeza's transformation into 3rd Form. No, ya know what, 3rd form Freeza in general
Cell absorbing the rich guy in front of Piccolo during his first appearance
Super Buu turning liquid and blowing up that one guy from the inside

Like SSJ God Gogeta said, not scary, but definitely creeped 7-10 year old me the hell out.
Top

Imperfect Cell. He was terrifying to me as a kid.

My sister feared Mr. Popo before it was cool.

I was a tough kid. Bloody battles between cocky fighters were- OK. Villains killing random victims with energy beams/eating them alive/turning them into candies then eating alive- that's just a cartoon.
Cute innocent infant murdered alongside his father, under the colourful reflexes of strained glass? Holy Grail, there's something just wrong with that, strained glass belongs to churches, it's warm, saint, holy, playful, safe! Maybe we wasn't scared per se, but for some Christian middle-european girls this scene managed to create a terrible dissonance.
Per aspera ad astra, man!

I didn't start to watch DB until my teens, so I don't think anything in the franchise ever scared me.
Top

I also agree with SSJ God Gogeta. Cell absorbing people creeped me out as a kid.

I must also say Dabura. I was raised Christian so when I saw a satan/devil looking character, I was kind of scared. Now that I'm older tho, I'm kind of embarrassed by the thought that I was ever scared of him. I was creeped out by King Yemma for the same reasons. Red guy with horns.

Zarbon transforming in the Ocean/Saban dub + Anything to do with Imperfect Cell
"I will literally dress as Goku and walk around jumping up and down, pretending to fly, in public if this ever gets an official release"

Frieza arriving on the battlefield on Namek and Frieza surviving the Spirit Bomb.
Top

Buu saga. Everything just felt creepy.
I ask thou, WHY MUST IT BE ME?
Your weakness is your strength.
Are you reading this? If you are, I just want to let you know that I'm a GREAT GUY.

Buu was too goofy to be scary IMO. Even Super Buu and Kid Buu. The more intelligent Buus just felt like a rehash of Cell to me too. Grey Buu was the closest he came to being scary.
Cool stuff that I upload here because Youtube will copyright claim it: https://vimeo.com/user60967147
Top

Buu was too goofy to be scary IMO. Even Super Buu and Kid Buu. The more intelligent Buus just felt like a rehash of Cell to me too. Grey Buu was the closest he came to being scary.

It's the childish aspect makes it scary. Just the feeling when everything they try just becomes useless.
I ask thou, WHY MUST IT BE ME?
Your weakness is your strength.
Are you reading this? If you are, I just want to let you know that I'm a GREAT GUY.

Goku getting a heart virus was pretty scary. Unlike a lot of "scary" things in Dragon Ball, the heart virus felt kind of real.

I wasn't so scared of anything else because there wasn't much to connect to the real world. Getting turned into chocolate or getting absorbed by a giant bug aren't really plausible ways to die. But painfully succumbing to a fatal heart condition? That can actually happen.
Top

I always found this thing to look kind of imposing: 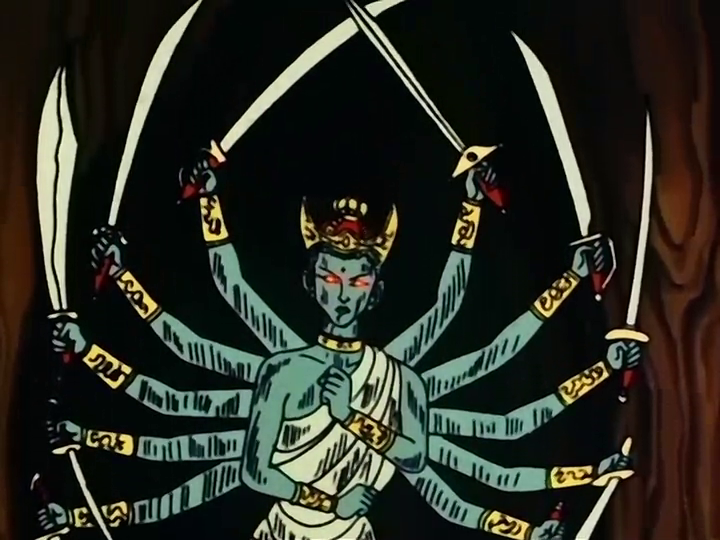 Also certain shots of characters where a bit weird looking, they don't really scare me but I can imagine child me being scared: 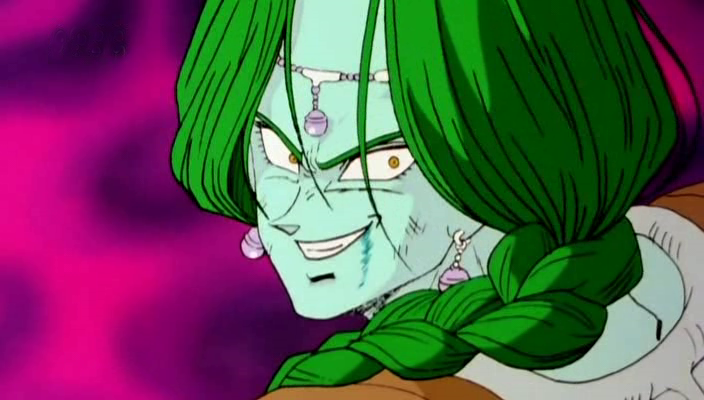 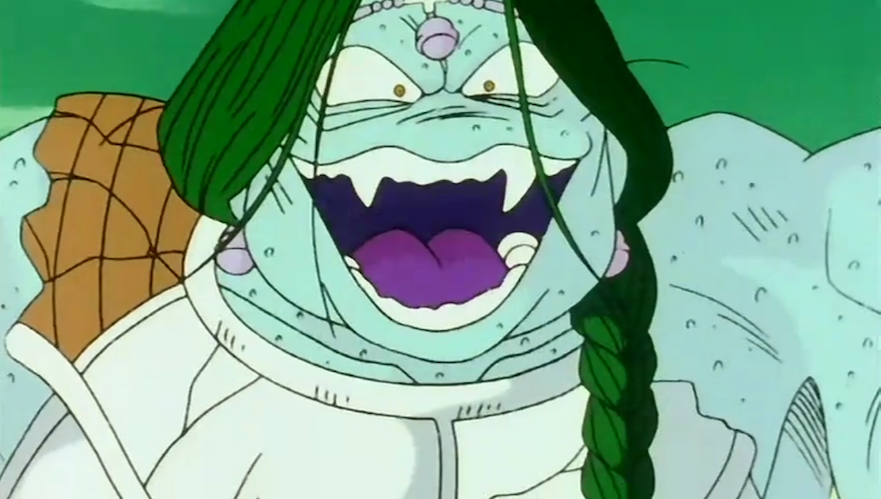 Imperfect Cell has such a creepy stare
Top

I'm gonna have to say Boo arc too, although only bits and pieces here and there mainly involving the killings. The two most notable examples that come to mind was when Babidi exploded Spopovitch and when Boo went inside the henchmen of that blonde guy who shot Mr. Satan and blew him up from the inside. Something about people exploding like that just freaked me the heck out. Mind you, this was when I was just a kid and I never really experienced too many death scenes in movies and shows prior to watching the Boo arc.
Top

It didn't scared me as a child, but it was definitely disgusting to me - when Piccolo Daimao spat out that egg after painfull few minutes of animation?
Give me a break!
FighterZ: Funky_Strudel
PS4: Dynamixx88
Top

Android 19 and his dub voice were creepy and intimidating...
"Dragon Ball once became a thing of the past to me, but after that, I got angry about the live action movie, re-wrote an entire movie script, and now I'm complaining about the quality of the new TV anime. It seems Dragon Ball has grown on me so much that I can't leave it alone." - Akira Toriyama on Dragon Ball Super
Top

fadeddreams5 wrote:Android 19 and his dub voice were creepy and intimidating... 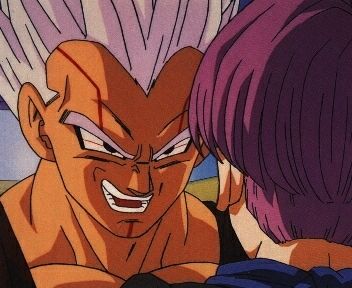 Well, these two episodes used to scare me a lot. Everyone was so dark.
A world without Dragon Ball is just meh.
Top

Aside from the very in your face fright that first form Cell conveys with his hideousness and appetite for human soup, I found Fat Boo to be the most terrifying nevertheless. His introduction and subsequent demeanour just had something creepy about it. The childish set up which then turns into this maniacal and weird brute who can simply transform anyone into whatever he likes and simply eat them, creeped me out the most. Likewise the same with the emaciated grey Boo and Super Boo, who are quite reticent but resort to means of utter terror to intimidate their adversaries and anyone else standing in their way.

Ah, the Alpha and the Omega. As all life was created from Chaos...so shall it be DESTROYED!!!