This is actually a simple question. Do you like how Toriyama's art style looked prior to Namek? Back when it was more rounded. Or do you prefer how the art style looks after that?

I prefer the older art style that featured more prominently in early Dragon Ball. It looks nicer to me.
"Roga Fu-Fu Ken!"
Top

I like the rounded art style as well, although it only seems to work when Toriyama is doing it for the most part; when I do a side-by-side comparison of most of the anime's versions of Toriyama's panels, I personally find that they're much more vague and less confident by comparison.

Side-note: at first I thought this thread was going to compare the painted look of the 90s traditional backgrounds to the super colourful digital backgrounds for Super.
Top

My favorite Toriyama art actually predates Dragon Ball, being scattered throughout Slump and his earlier one-shots (early Dragon Ball is of a piece with it, but I think he was willing to get a bit bolder with composition in some of the earlier works, and perhaps running off more energy).

Within Dragon Ball, my favorite art is actually found in the Namek arc, as Toriyama transitions into his angular style while maintaining a high level of detail that would drop off in the Cell arc (my least favorite era for his artwork, though it's by no means bad), before becoming pleasingly sketchy, loose, and increasingly cartoony again in the Boo arc. Everything on Namek looks fantastic, communicating the high-stakes tension while remaining expressive. The fact that the Goku versus Freeza fight is able to communicate both action and character on its unimaginably massive scale is no small feat.

I also like his streamlined 2010s stuff. It's hard to go wrong, really. None of his work looks bad. Some stretches are just more stellar than others.
Top

I prefer Toriyama's older style to the popular DBZ style.
I like how rounded and detailed it looks compared to the 90s stuff, and it has more charm to me than the mid-90s stuff that is more popular.
I also like the older animators'' (Maeda, Shindou, Torishima, etc) styles during DB-Early DBZ as well.

I try to draw simular to those styles.
I also like Toriyama's rounded cartoony style from the start of his career and the modern Toriyama art as well.
Wishes she can change her name to YamchaFan (her name everywhere else)
Obssessed with the Earthlings and the original DB anime

Yeah, I definitely love his more rounder style. Piccolo arc - Saiyan arc is my favorite part of DB , both in the manga and anime, and the drawing style is a big reason for that.
His characters are worlds more expressive in this style than the angular one. Just look at Roshi and King Piccolo. Even Vegeta and Nappa.
Top

Toriyama's art style was at its best from Saiyan arc to Namek. After the Cell games, his quality decreased in the Buu arc it's easy to notice how some chapters look better than others and in general how tired Toriyama was of drawing Dragon Ball at the time.
As for his current style, I actually like it especially for his perfect anatomy when drawing muscles.
悟 “Vincit qui se vincit”

I’ve got to go with the art style that was used from Piccolo through the Saiyan arc. There’s something about the fact that it’s still cartoony and innocent looking, while the subject matter of the story gets darker and much more serious around this time.
You shouldn’t have to (Cell.) your soul!
Top

Definitely his Late Saiyan-Namek Saga style. It had such good detail that isn't present in the later sagas.

However even though Toyotarou isn't as good as Toriyama as a whole, his characters features are growing on me as he mixes round and sharp features like Goku having more childlike expressions, which I didn't really see in Z's manga. (or maybe I just didn't notice)
"I can't increase my ability through some kind of noisy transformation the way Frost and you Saiyans do. If I wanna become more lethal, I don't have the luxury of cutting corners, I just have to do it the old-fashioned way.

Combat is craft. What matters most is not raw power, but the skill by which you hone it."
Top

Didn't read much of the manga, but by anime standards pre-Android was perfect, but to really pin-point my favourite style it'd be the last arc of DB - start of Z.

The Dead Zone movie is how I wish all Dragon Ball Z looked. Nothing comes close to it. 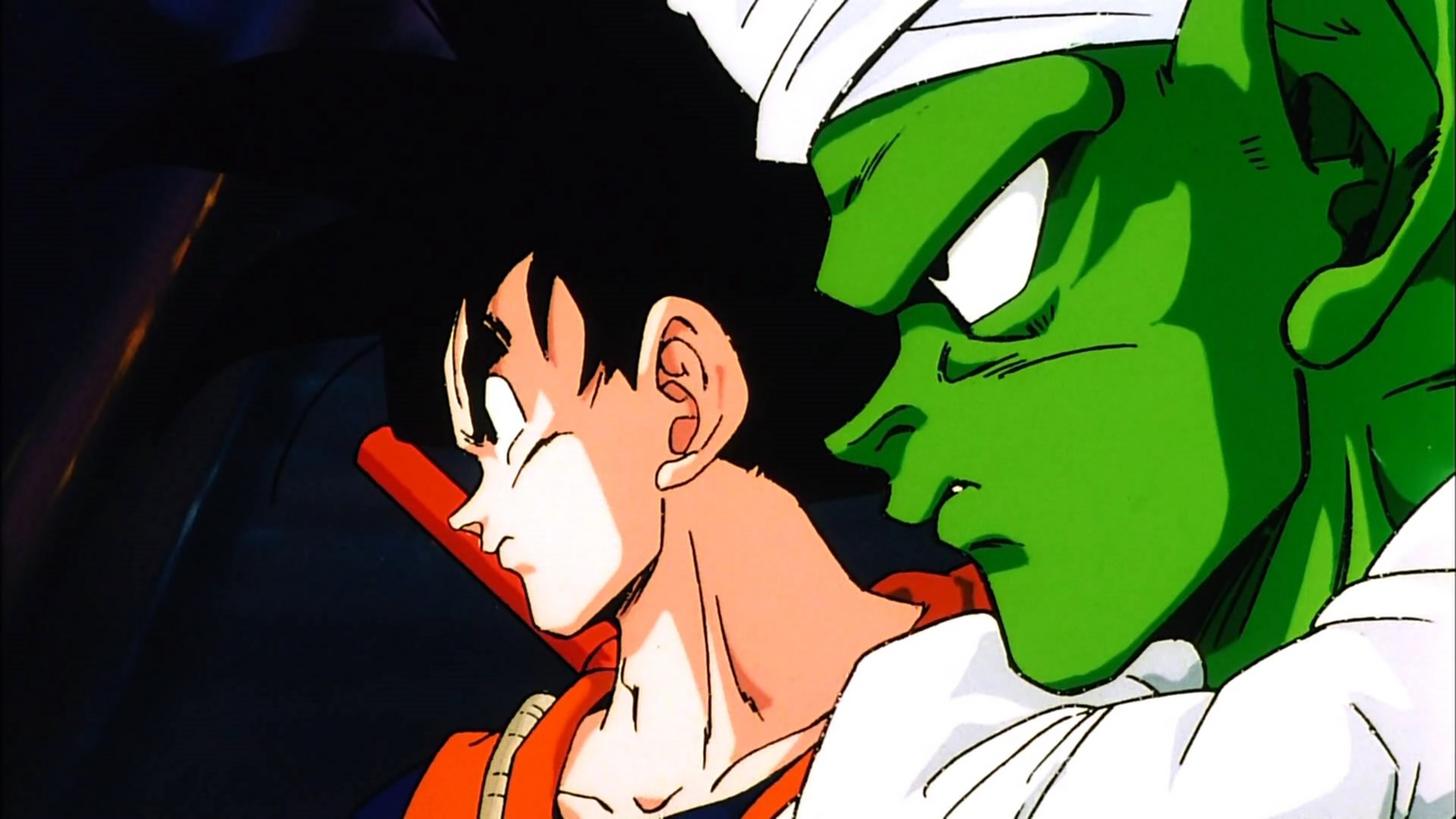 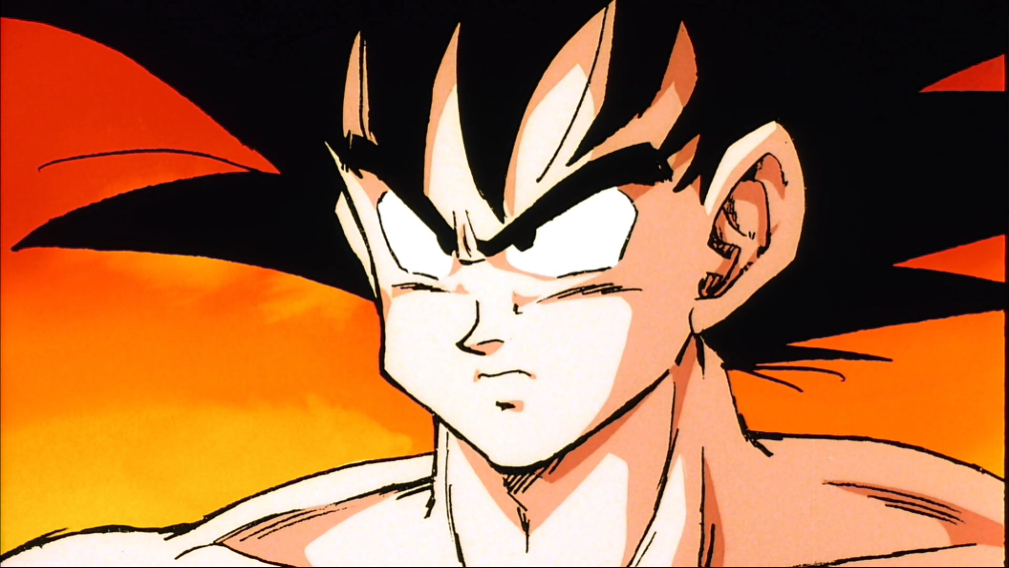 Flawless. I've been getting into art big time lately and have been modeling my DB fanart in this style. I am in love with it.
Top

In general, I prefer Katsuyoshi Nakatsuru and Maeda Minoru's art over most of Toriyama's work. Tadayoshi Yamamuro's older work is really great as well.

As far as the overall art styles go, both the rounded and more angular style are too iconic for me to have a preference for one over the other.
This is the episode of when Gokuh enrages himself after Freezer talk shit about Kuririn
Top

Add me to the 23rd Budokai - end of Saiyan arc / Movie 1 camp. I love that DragonGarrowLee emulates that style more than any other in DB.
Ajay is a skank
Top

AloversGaming wrote:Didn't read much of the manga, but by anime standards pre-Android was perfect, but to really pin-point my favourite style it'd be the last arc of DB - start of Z.

The Dead Zone movie is how I wish all Dragon Ball Z looked. Nothing comes close to it.

Flawless. I've been getting into art big time lately and have been modeling my DB fanart in this style. I am in love with it.

Ah yes me too!!! My drawings are based on this era, specifically the Dead Zone film. I love that the Cha La opening has the exact style of movie 1. It has such grit and style that is lost later on with a cleaner sharper look (and has morphed into the shiny bubble characters of today).

From about the end of the 22nd TB to the beginning of Namek, DB has the Dead Zone style of art, both manga and anime. Too bad it couldn't remain this way.
My favourite art style (and animation) outside Toriyama who worked on Dragon Ball: Katsuyoshi Nakatsuru, Masaki Satō, Minoru Maeda, Takeo Ide, Hisashi Eguchi, Katsumi Aoshima, Tomekichi Takeuchi, Masahiro Shimanuki, Kazuya Hisada
Top

As far as anime goes : I admire Android/Cell ~ Boo Arc

You'll observe a world of difference

As far as manga goes : Its Toriyama's work man. I freakin love from BoDB till EoZ.

As far as anime goes : I admire Android/Cell ~ Boo Arc

You'll observe a world of difference

As far as manga goes : Its Toriyama's work man. I freakin love from BoDB till EoZ.

I dunno. Things felt far less detailed as the series when on. I will say, that despite the difference of art styles in the Boo arc, I really enjoyed the way Evil Buu was drawn in some places, namely during his fight with Gohan and his Kid Buu variant. Actually, I think he might be the best designed villain, imo.
"Roga Fu-Fu Ken!"
Top

I think I should add that while early DBZ style is my favorite, I found that Yamamuro's designs during Z's run looked great too. It was only at the very end of Z and GT that I really started having a problem with the drawing style.
Top

If I had to choose I'd say the Cell era stuff absolutely nails it for me. I do like the early Z style as well though, those screens that AloversGaming posted above look great.

Takahashi's stuff in Super has been incredible, I just wish that 90% of episodes looked like that.. (certainly during the more action-heavy episodes anyway).
Top

Yamamuro's designs for Z movie 8-13 are easily my favourite, it's truly a shame he regressed so much afterwards.
Top

Firebolt wrote:Yamamuro's designs for Z movie 8-13 are easily my favourite, it's truly a shame he regressed so much afterwards.