I started thinking about this when, on another fan site, I found a very, very sexual depiction of Chi-Chi with the design she had as a child in the original Dragon Ball (not pictured). I also found a figure being sold that shows Chi-Chi bearing the same design, but slightly older so she appears "more sexy" to buyers (pictured). But that's just it--while the first artist drew a picture of a child in a sexual position and another sculpted the same child to profit from, Toriyama, himself, drew the design to begin with. Chi-Chi and Goku are shown as being very close in age, hence their shared age progression from the Ox-King arc to the final tournament of Dragon Ball. This means that Chi-Chi was intended to be around 12 years old in her first appearance, like Goku was. 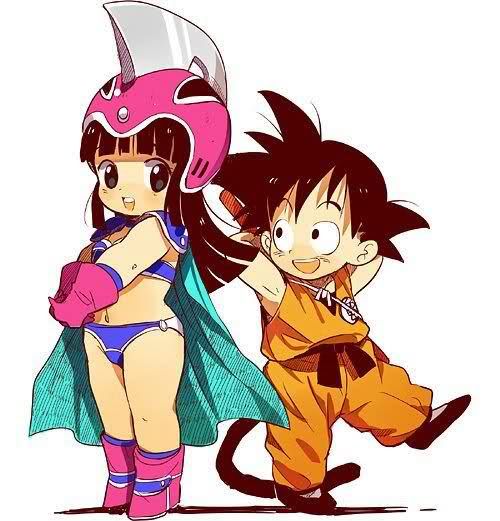 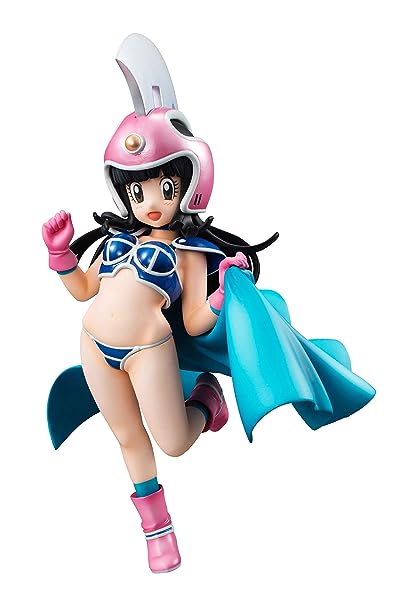 What do you think was Toriyama's intention behind designing his child character this way? What does it mean when older fans find themselves attracted to a character design who is ultimately prepubescent? Is it harmful?
I even used Chi-Chi's outfit on my character while playing Dragon Ball: Fusions, and though I found it "cute" or "sexy" as I played the game, I am curious about the part of Chi-Chi that I and many other fans seem to forget--that she's a kid.
"Kakarot, please... Destroy Frieza. He made me what I am. Don't let him do it to anyone else."
⍟
Top

I don't think it was really problematic in the manga/anime, but unfortunately, it is a design that could be easily sexualized. It really just depends on how artists decide to use it, at least in my opinion. In the manga/anime, it looks cute, but I personally don't see it as sexually appealing.
https://www.facebook.com/TheOriginalKakarot/
https://twitter.com/KakarotTwo
Top

I can't speak for what Toriyama was thinking as he drew it; I don't know the guy. Nevertheless it stands that her outfit is obviously revealing and sexual in a way that neither melds with her character nor has any relevance in the story, so I'd say yeah, it is a bit fucked up.

Contextually though, it's never acknowledged in-universe and Chi-Chi herself is never presented as a sexual target for anyone but Goku, and even that is only the one crotch-kicking gag he does with everyone due to not having any manners or shame. Comparing her with the way Bulma and Launch are treated, there's nothing in the actual writing with any trace of sexual or lustful atmosphere, only the design. At the very least you could make the argument that since Dragon Ball is made for boys and teenagers that a 12 year old in a sexy outfit would be appealing to growing 12 year old boys.

Simply put though, sexualization of minors is an issue that goes way beyond Dragon Ball. I'm not saying Toriyama isn't to blame nor that I wouldn't change it if I myself wrote it, but the greater scope of anime and manga has these sort of issues way worse, it's just a problem inherited from older works. As it stands I think it's something that should be acknowledged, but not targeted at Dragon Ball specifically so much as the current state of Japanese entertainment as a whole turning a blind eye toward the disturbing treatment of children, especially girls.

Now do I think this instance is harmful? Not really, honestly. I generally believe it's more about how a character acts and how the story portrays that character and their actions that could potentially have an influence on people, especially kids. In that regard, there's no real statement with this design, nor is Chi-Chi necessarily portrayed as anything people should aspire to be or expect to meet in life, at least not as a kid. Compared to Goku, whose constant adjustment to change, drive to improve, and general agreeable attitude are shown to be his best strengths and arguably the point of the whole story, Chi-Chi is just someone who exists that happens to wear a weirdly-revealing outfit as a child.

Now that episode in the weird post-23rd tournament filler where the old lady on the mountain teaches Chi-Chi how to be a submissive and obedient wife, that's the kind of writing I dislike.

I dont think its problematic. My guess her design was for an easy way to convey that she was a strong savage girl. I think her design is based of Amazons like wonder woman.
Bulma is awesome... but chi-chi is best waifu

Bruma rabu wrote:I dont think its problematic. My guess her design was for an easy way to convey that she was a strong savage girl. I think her design is based of Amazons like wonder woman.

That does kind of make sense considering the first thing we see Chi-Chi do is kill a dinosaur
https://www.facebook.com/TheOriginalKakarot/
https://twitter.com/KakarotTwo
Top

Yeah I don't think she's sexual any more than, say, young Tarzan is sexual. Her design is meant to evoke a sort of wild barbarian feel. Only difference is that she's a female and men's brains are wired to automatically sexualize the female body no matter what.
Top

the WHOLE POINT of that outfit is invoke its contradiction: a sexy warrior outfit on a completely not sexy child
Top
Post Reply