Here's something I haven't seen discussed. Upon re-watching Dragon Ball a while ago I started thinking about a certain scene that caught my attention.

In Episode #131 of Dragon Ball, the Zetto Senshi are making their way to Karin's tower but stop to camp before arriving at their destination.

In that scene, Tenshinhan is awake, listening to the faint sound of voices and instruments in the distance. 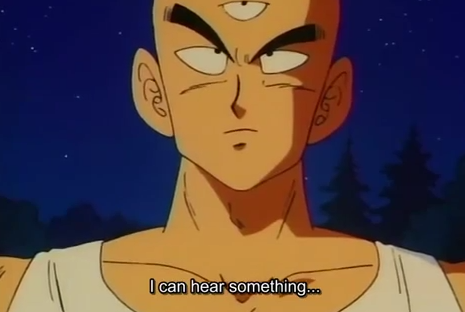 Kuririn asks why he's standing to which Tenshinhan explains what he's listening to, he asks if Kuririn and Yamcha can also hear but in response, they interestingly enough can't hear a thing.

This is followed up with Chaozu staring blankly into space with reddened pupils, eerily similarly to Goku's response to a full moon.

Despite Kuririn's vocal worry, it takes a response from Ten to snap him out of this strange trance. 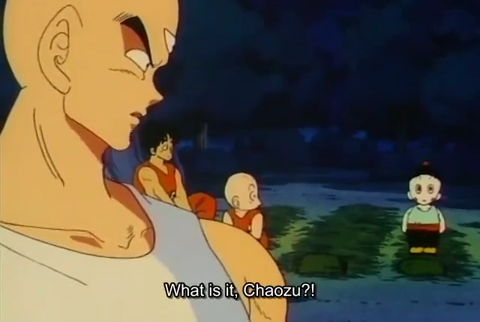 This is followed up by the young Jiangshi describing what he's apparently seen:

It's revealed the following day that the events Chaozu was describing the night before were of a volcano going off in the village nearby.

Which leads into the Zetto Senshi springing into action. 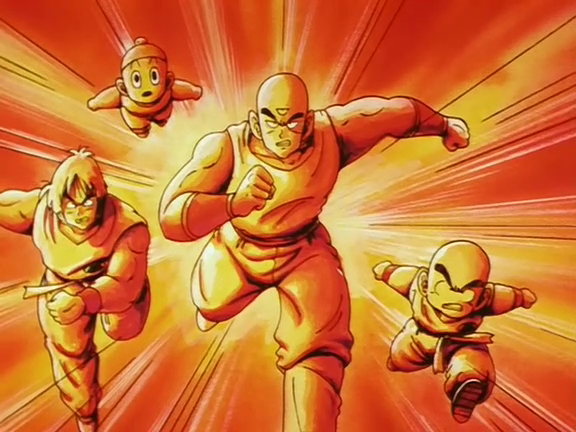 The idea for his apparent precognition seems to be bred from Chaozu's categorization as a psychic and having been given the abilities associated with said power, what strikes me as odd is why have this crucial ability show up for one filler event? Though I understand this might not have come from Toriyama this ability could have been insanely useful in future arcs; most notably on the battlefield.
Top

Maybe he's just really bad at it... like he can only have one accurate vision every decade or so. Sort of like that one teacher from Harry Potter.
Cool stuff that I upload here because Youtube will copyright claim it: https://vimeo.com/user60967147
Top

I think the answer is right there as you pointed out.. it’s filler. Nothing more nothing less. Interesting yeah kinda but it’s just a spare of the moment thing that’s supposed to help build tension for whatever quick threat is happening to help pad out the story to get to the important (manga) stuff .
It's not too late. One day, it will be.
Top
Post Reply