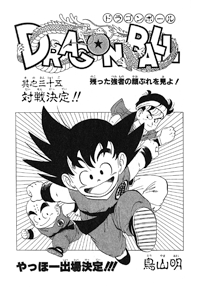 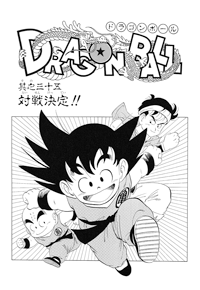 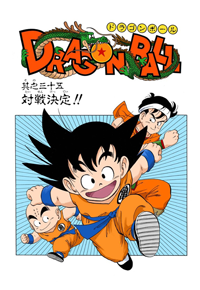 The Matchups are Decided!!

Goku and Kuririn are excited, and run through the crowd to find everyone. Bulma says she was going to visit Goku, but there was nothing on Kame-Sen’nin’s island. Kame-Sen’nin wants a pafu pafu, for old time’s sake, and Bulma hits him over the head with a mallet. Goku says he met up with Yamcha already, and introduces Kuririn everyone to Kuririn. Goku says that Kuririn, Yamcha, and he all passed. The PA system calls the finalists into the Martial Arts Temple Main Building. With that, Goku and Kuririn leave, and Oolong wonders where Kame-Sen’nin went.

As they wait inside, a huge fat guy shows up. Goku freaks out, because he smells so horrible, and Yamcha says this guy hasn’t taken a bath since birth. Kuririn says his filth should count as a weapon, and Goku says it’s worse for him because he has a nose like a dog. The tournament announcer shows up with a clipboard, and calls everyone over. He points to a chart on the wall, and says they’ll be having a lottery to determine opponents and match order, so come up when your name is called.

He then begins to explain the tournament rules. “The matches are limitless, single win-or-lose contests. Falling from the fighting stage, or rather, the ring, or saying you give up is a loss. However, hitting in the eyes or attacking the sensitive area is foul play.” Goku doesn’t know what “sensitive area” means, so the announcer tells him he means in the balls. Ran-Fan says she doesn’t have those, and the announcer falls over. He tells them to wait here until the matches begin, and Goku says he wants some lunch. The announcer asks if he would rather eat afterwards, but Goku insists on eating now. Goku asks Kuririn if he wants to eat, too, but he’s not in the mood for food, so Goku chows down by himself.

The announcer gets in the ring with a microphone and announces the beginning of the Twenty-First Tenka’ichi Budōkai! The first match: Bacterian versus Kuririn. The second match: Jackie Chun versus Yamcha. The third match: Namu versus Ran-Fan. The fourth match: Goku versus Giran. 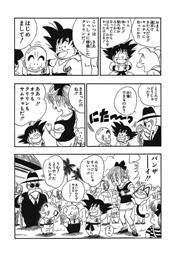 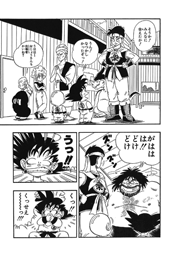 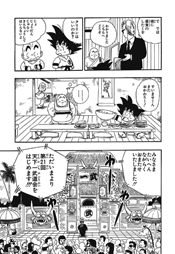