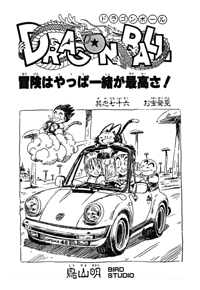 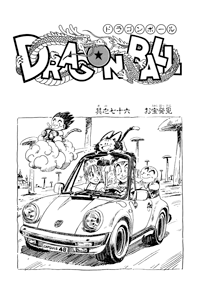 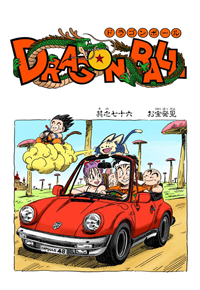 The Treasure is Discovered

Goku heads left and Blue laughs, continuing to follow the others right. Kuririn and Bulma come to a dead end with nothing but a hole. There’s water, so Kuririn strips down to his boxers and Bulma takes off her shorts, and they dive in. Blue catches up, and starts taking off his shirt and hat. “I wonder, is this water clean…?”

Goku comes to a dead end, too, and falls through a trap door, but he luckily lands on something soft… an octopus. Goku jumps off of his head onto a rock and says, “Ah! I know what you are! You’re a squid!” The octopus gets pissed, and then Goku says he has to leave now. But the octopus grabs Goku with one of his tentacles, since it’s been so long since he’s had anything good. The octopus smacks him up against the rocks a few times, trying to kill him. Goku asks if he wants something really good, and the octopus wonders about it. So, Goku blasts him right in the face with a Kamehameha.

Bulma and Kuririn surface in a room, and they spot a treasure chest. They get out and open it, and it’s full of the treasure. They’re both really excited, but then Blue surfaces and informs them that the Red Ribbon Army will be taking that treasure. Bulma sees him, and thinks he’s just her type. She rubs up against him with her tongue hanging out, and he screams to get away, he doesn’t like that. Kuririn and Bulma think he must be gay. Blue yells at them to not say such things, since he might get mad, but Kuririn isn’t worried.

Goku likes this real takoyaki (fried octopus). He was hungry, and this isn’t bad. Then he hears a scream, and wonders if it wasn’t Bulma or Kuririn. Kuririn is up against the wall, and he’s pretty messed up. Kuririn gets up and tells Blue he’s going to be serious this time, and they go at each other, but Kuririn just takes a hard punch to the face. Bulma screams and Goku recognizes it this time, and hops in the water and swims toward them. 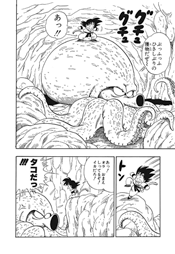 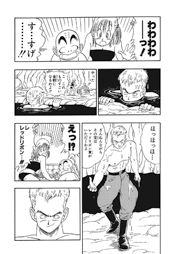 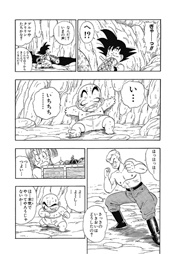