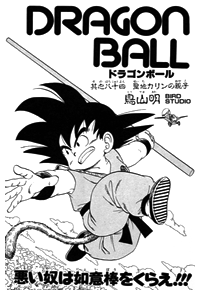 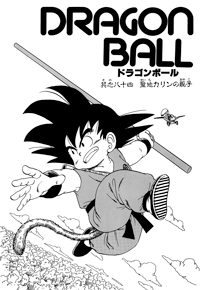 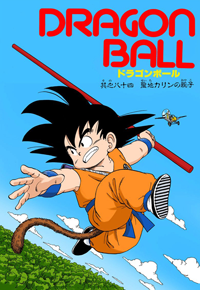 The Father and Son of the Karin Holy Land

Goku flies along on Kinto-Un, and wonders if the next Dragon Ball being Grandpa’s Four-Star Ball. Meanwhile, back at Red Ribbon Headquarters, Black tells Red that the brat is headed west, and Red says that’s towards Captain Yellow’s location. Red asks if they’re still having trouble finding the Dragon Ball there, and Black says they are. Red’s not too thrilled with that.

In a wooded are called the Karin Holy Land, a very large Native American man is standing in front of a tower holding a spear, and this tiger and his men want him to quietly hand over the Dragon Ball. The man says he protects this holy land, and he’ll make them pay if they do something to disrupt this place. The tiger just laughs about this, and the man says they either leave or die. A little boy, also a Native American, tells his father to look behind him and the man throws his spear, and it impales a guy through a tree. The tiger tells his men to attack, but the bullets don’t affect the man. The man punches one of them in the face, and then throws another into a tree. He then kicks a guy while punching another and the tiger decides to retreat.

The man sees the tiger taking off in his plane, and drops the last guy on the ground. The little boy runs over to his father, and the man says to wait here while he buries these people. The tiger radios into headquarters and reports in as Captain Yellow. He tells Black that all of his men were wiped out, and Black tells him if he fails, he’s history. Then Red walks in, and tells Yellow that this is his last chance, and if he can’t get it, he’s calling Tao Pai-pai. Yellows scared now, and Black wonders about the hitman Tao Pai-pai. Yellow says he can take the man’s child as a hostage to get the ball. The little boy is roasting a fish on a small fire, thinking about being strong like his father, when Yellow swoops down in his plane and grabs him.

The man hears his son screaming. Yellow says if he doesn’t hand over the Dragon Ball, he’ll kill this kid. Black thinks this is good back at headquarters, but Red is more worried about the brat named Son Goku. Then a bear tells Red that Son Goku is rapidly approaching Yellow’s location. The man tells Yellow to come down here to get the ball, but Yellow wants him to throw it up there, and the man says he’s not a coward like them. 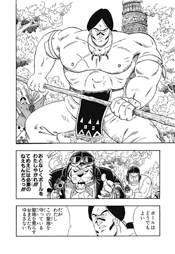 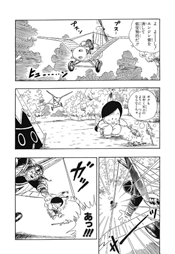 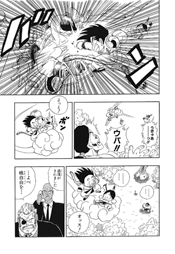