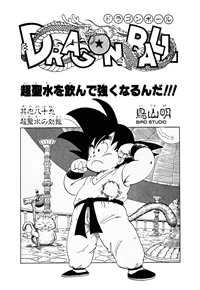 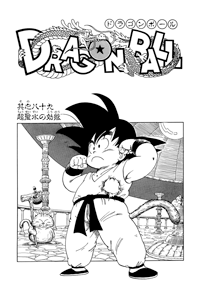 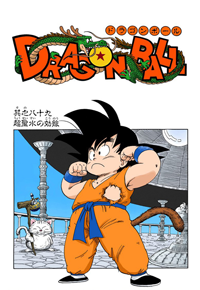 The Effects of the Super Holy Water

Goku can’t believe it took Kame-Sen’nin three years, and Karin wonders how long it’ll take him. Goku says he can’t wait that long, and decides to get serious. He hops around leaving some afterimages, and Karin recognizes Zanzōken. Karin jump kicks up into the air, missing a Goku, and Goku dives at mid-air Karin from above, but that was just an afterimage, and Goku dives into the ground. Karin knows how to counter Zanzōken. Goku can’t believe he’s already out of breath, and Karin explains that the air is thinner up here. Karin also says he probably hasn’t noticed how much stronger he’s gotten just climbing up Karin Tower.

Then Karin holds up Goku’s pouch, and Goku tells him to give it back. Instead, though, he throws it over the edge, so Goku runs down the tower to get it back, since it would be awful if the Red Ribbon Army got it. He grabs it, and scurries all the way back up the tower and yells at Karin for that. Karin laughs, and explains that it took Goku one day to get up here the first time, but this time, a round trip took him only three hours. Then they start the chase all over again, until night falls. They both go to sleep and Goku wakes up. He goes over to take the water, but then decides against it. Karin thinks to himself that he’s honest, unlike Muten Rōshi.

The chase continues the next day. Goku’s determined to get it today, and so he rushes at Karin, and keeps swinging at him. Goku starts tickling Karin in mid-air when they’re near the railing, and he accidentally drops his staff and the jar over the edge. Goku leaps off to grab it, and catches onto the railing with his tail.

Goku asks if it’s alright to drink it now, and Karin gives him the okay. He gulps it down, but he thinks that nothing has happened. Karin says the Super Holy Water is really just ordinary water, and Goku thinks he’s been tricked. Karin says it wasn’t a trick; he’s already gotten stronger from climbing up and down Karin Tower and chasing him around. “Now then, test out the fruits of your training by returning to the lower world!” Goku’s very happy, and he thanks him. As he leaves, Karin thinks how Goku has now surpassed Muten Rōshi. 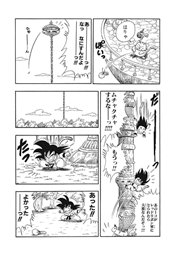 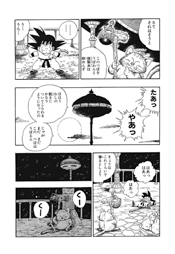 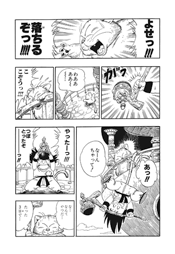