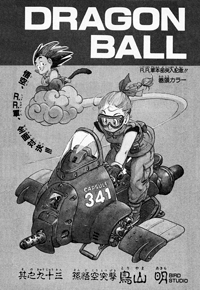 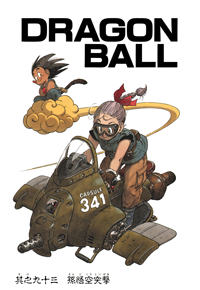 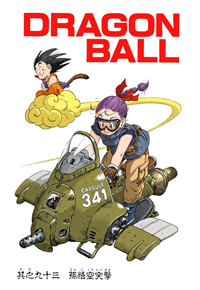 Goku looks at the Dragon Radar, and wonders why the next two Dragon Balls are together. He realizes that place must be the Red Ribbon Army’s house, and decides he’ll go there and beat up everyone. Upa tells him he’s crazy, but Goku says he has to go there to get the Dragon Balls. Upa wants him to run away if things get dangerous and Goku calls for Kinto-Un.

At Red Ribbon Headquarters, Captain Violet has returned with the Five-Star Ball she found using the enemy’s Radar, and says it was really easy. Red tells Black to give that Radar to General Copper so he can find the next one. A guy notices that the four Dragon Balls have started moving, and Red thinks it must be Tao Pai-pai.

Goku continues along on Kinto-Un, when a little robot plane flies up to him. At Kame House, Bulma has set up some radar satellite equipment, and tells Kame-Sen’nin and Lunch that Son-kun’s on the TV. They come and look, and Bulma switches the TV to a radar/map screen, and says Goku’s headed in the direction of two other Dragon Balls. Lunch wonders if he isn’t headed towards Red Ribbon’s headquarters, so Bulma decides to send the little robot plane to go find out, leaving Goku behind.

The little robot plane is now above Red Ribbon Headquarters, and Bulma switches the image to show the base. Then a plane destroys the little robot plane, and some guy in the control room wonders if it wasn’t Tao Pai-pai, but they say it was just a spy plane. Black says that the four Dragon Balls are here, and Red’s glad that Tao Pai-pai’s arrived. Goku spots their base, and pulls out the Nyoi-Bō, saying he’s going to get rowdy. The guy in the plane spots Tao Pai-pai, but as he gets closer he realizes it’s not him.

Back at Kame House, Bulma says Son-kun is going to be killed, and Kame-Sen’nin decides they should go help him out. Umigame points out that they have no transportation. Bulma decides she’ll call Yamcha, but Umigame says they have no phone. She gets pissed, until Umigame tells her she could probably build one, and so she does. Dr. Brief picks up, wanting to tell her a joke, and she yells at him to put Yamcha on the line. She explains the situation, and apparently Yamcha knows of the Red Ribbon Army, as does Oolong. Yamcha yells at Pu’er and Oolong, telling them that they’re going to go help Goku, noting that he’s been getting bored here.

Goku blows up the plane, and then one of the guys in the control room turns on the Laser Monitor and sees him. A bear guy yells to Red that it’s not Tao Pai-pai who has the four balls, but Son Goku. 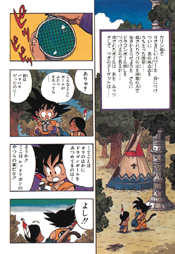 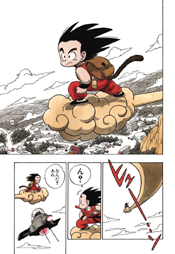 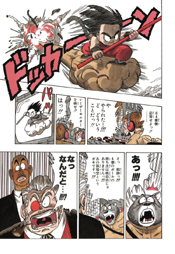