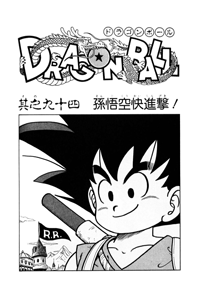 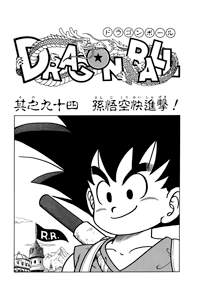 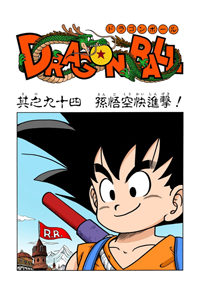 Goku flies in to start his assault, and Red’s pissed. Goku jumps in and kicks one guy, then jumps between two others and kicks them in the face. Goku continues down a hall until he comes to a balcony, then checks the radar and hops across to another roof. Some guys spot him and start firing at him, but he continues hopping until he gets to a tower. Three little air tanks show up and start firing at him, and Goku hops onto the closest one and knocks the pilot out. He then jumps off and lets it crash into a roof, then fires off a Kamehameha at the next one, making it explode, and causing the third one to crash into a tower.

Goku lands on the ground and knocks out another soldier, while this tiger guy yells out that he’s on the ground now. The bear guy tells Red he’s headed for Building Eight now, and Black suggests they take refuge below ground. Red thinks he’s joking, hiding from one brat, but Black says that Tao Pai-pai was defeated by him, and Red screams out that the Red Ribbon Army is invincible. Goku keeps running along, all the ground soldiers are out, and the radar says the Dragon Balls are in Building Eight. A sniper starts firing at him, and Goku just gets pissed. The bear guy says he’s entered Building Eight, and Red and Black hurry that way.

Yamcha arrives at Kame House in a plane, and tells everyone to get in. Inside, Bulma and Oolong complain, they don’t see why they have to go, and Yamcha says they can all do something useful, Goku’s always helped them. Umigame asks “Even me?”, and Yamcha says nothing, and asks about Kuririn. Kame-Sen’nin says he went off swimming to go shopping, and Yamcha says he was fairly strong, they could use him.

Red and Black have made it to the room with the Dragon Balls, and Red refuses to give them up. Yamcha and the others pick up Kuririn, and tell him about helping Goku. He sees Lunch (bad) all hyped up about kicking some ass, and asks her not to sneeze. Pu’er tells Yamcha it’ll be another forty minutes before they arrive. Meanwhile, Goku elbows another soldier in the face, and sees that he still needs to go higher. He runs in from the balcony into this room, but there’s no stairs. So, he jumps through the ceiling, and Red’s really pissed as he watches Goku beat up all the soldiers on the monitor. 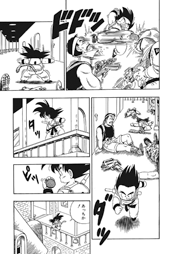 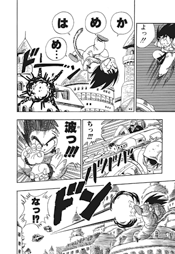 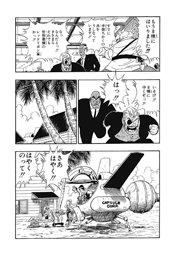