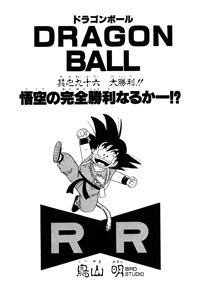 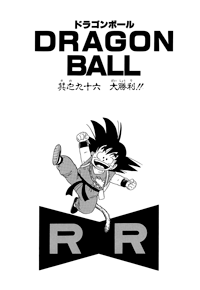 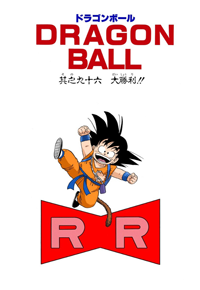 Black fires a blast at Goku from his Battle Jacket’s arm. Then the other arm grabs him, and tosses him through the wall outside to the terrace. Black flies through the ceiling, and fires another blast down at Goku from the air. Black sees nothing there, and starts cheering, but Goku is still alive atop a tower. Goku hops right onto the front of the Battle Jacket and sticks his tongue out at Black. Black tries to make the hand punch him, but Goku jumps out of the way, and Black punches himself in the face. Goku laughs at him while he’s hanging from a rail on the Battle Jacket’s stomach, and then Black rockets up even higher.

Goku looks up at him from a roof, and Black leans forward and fires a huge missile from his back. Goku jumps up and kicks it, hurting his leg, and the missile blows up off in the distance. Black decides to fly away, but Goku jumps off the roof after him. Goku flies straight through the Battle Jacket and it explodes. Goku is safe on Kinto-Un, and he gets the two Dragon Balls from inside the building, as the others hurry to come help him out. 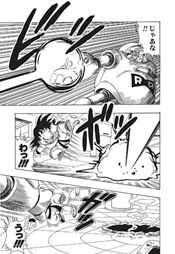 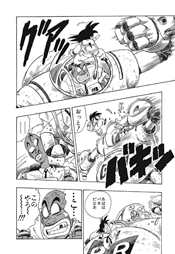 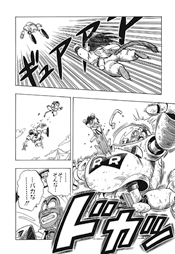