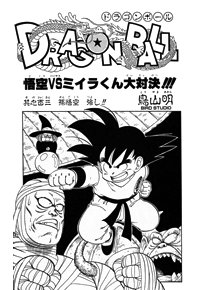 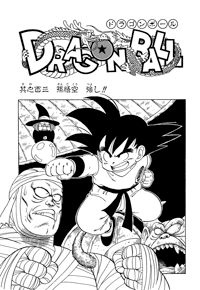 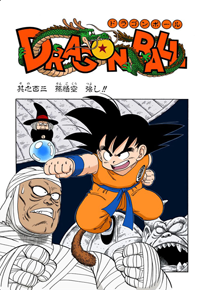 Mummy-kun continues wondering about him, and Baba yells for him to get on with it. Mummy-kun runs at Goku, and punches him in the gut, then uppercuts him. He kicks Goku hard into one of the devils’ faces, cracking it, and then Goku lands face first back on the tongue. Everyone watching is all worried, and Mummy-kun and Baba laugh about this, but then Goku gets up and says it’s his turn now. Mummy-kun‘s pissed, and Goku walks up to him. He swings at Goku, but Goku ducks it and punches him in the gut. Mummy-kun‘s knocked out, and he falls over face first, and so Goku holds him over his head and asks about the next match.

Everyone’s in shock, but Kame-Sen’nin’s not too surprised, since he did wipe out the Red Ribbon Army all by himself. Goku asks Granny if she’ll help them after he beats the next two, and she starts to get pissed. The other two fighters are watching, and Baba calls out Akkuman, a devil looking dude. Kame-Sen’nin thinks of how each of them has been getting stronger, and wonders about the last one.

Baba calls for the match to begin, and Akkuman flies into the air with his wings, and tells Goku that “me-sama” is going to send him to hell. Akkuman flies down at Goku, but Goku just kicks him, and everyone’s amazed by Goku’s speed. 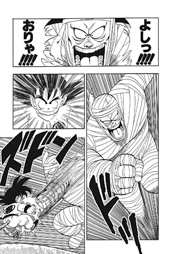 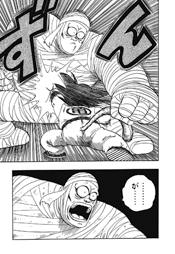 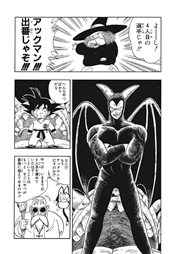