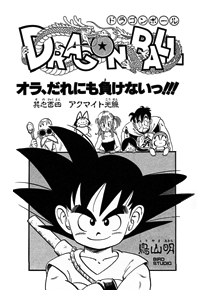 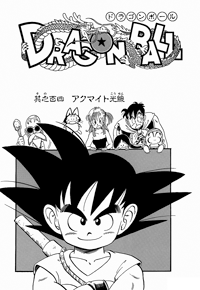 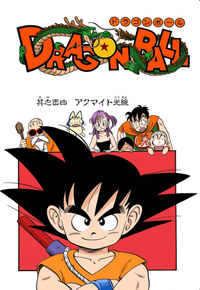 Goku thinks this one’s not all that strong either, and Akkuman gets pissed. Baba yells at him to hurry up with it, and so Akkuman comes at Goku again. He swipes at him, but Goku leans back, and then jumps backwards to avoid his kick. Goku then runs at Akkuman and punches him in the face, knocking out a tooth, and knocking him off the tongue. Akkuman starts flapping his wings, though, and gets back up there and starts bragging about how great Akkuman-sama is.

Everyone’s happy with Goku’s match, and Kame-Sen’nin says he might be too strong for the next Tenka’ichi Budōkai. Baba yells at Akkuman for slacking off so much, and so he decides to show his true power. Akkuman puts his two index and two middle fingers to his head, and talks about how this technique will make your heart explode if you have even a little bit of evil in it. He tells Goku he’s going to die, and pulls his fingers from his head and points them at Goku. Baba calls out for him to wait, but it’s too late, the attack has started. A wave comes from his fingers, swirling its way towards Goku and it hits him.

Akkuman calls out for Goku to explode, and everyone’s worried about him, but Goku just wonders about this weird light that’s surrounding him. It disappears, and Baba says this kid has a heart like a baby or an animal. Everyone’s happy Goku’s alright, and Akkuman gets pissed and makes a pitchfork appear. He swipes at Goku with it, and Goku gets mad about him using a weapon. Goku gets serious and kicks Akkuman through one of the devils’ heads and into the wall. He thinks he might have put a little too much into it. Kame-Sen’nin can’t believe Goku’s speed. 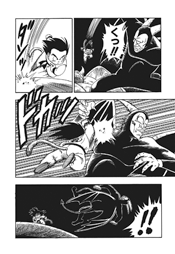 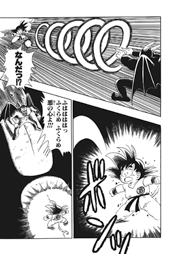 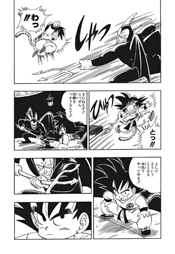