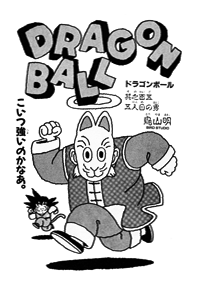 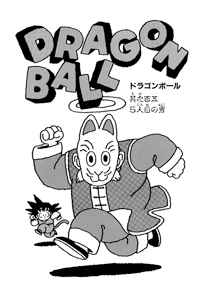 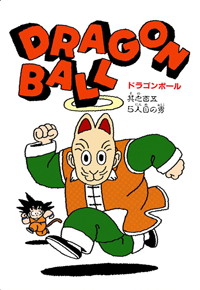 Gonin Me no Otoko

Everyone’s happy for Goku, except Baba, and Goku wants her to send out the next person. Baba thinks he’s finished now, and tells the next fighter it’s his turn. He calmly walks out of the mouth, and asks Baba if they could fight in the ring outside. So, they all walk back out to the other ring on the lake, and Kuririn asks Goku what’s wrong, is he tired. Goku says he smells something good, and Kuririn asks if he means gyōza (Japanese dumplings), but Goku says it’s a happy scent. Kuririn would expect Goku to say something weird like that.

Back out at the ring now, the fighter pulls Baba aside to tell her something. Yamcha asks Muten Rōshi what’s wrong, and Bulma tells him not to worry, Son-kun won’t lose. That’s not what Kame-Sen’nin’s thinking about, though. He says this fighter seems familiar, his voice and everything, and thinks he’s an amazing person. The others can’t believe this, and, Baba’s quite intrigued by what the fighter has just told her.

The fighter tells Goku they should bow before the match, and so they do. Then Baba calls for the match to begin, and they face each other for a while. Goku thinks he’s a lot different from the other fighters, and he goes at him. The fighter swipes at him, but misses, and Goku catches his punch. Goku jumps back, and the fighter jumps up and flips over to the edge of the ring, then kicks off and comes at Goku again. He manages to hit Goku and knock him backwards, but Goku kicks upward and runs back at him, kicking him in the face. The others can’t believe this. 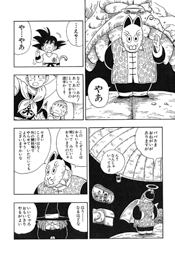 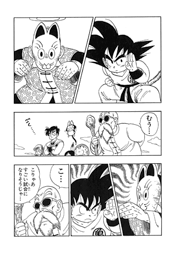 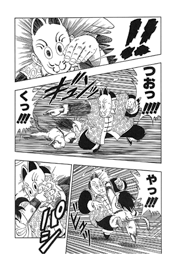