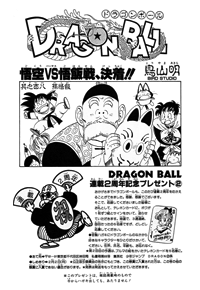 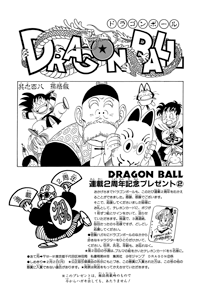 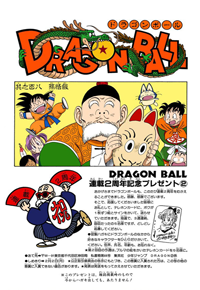 Goku’s in real pain now, and apparently the fighter didn’t mean to cut his tail off. The others are more worried about how Goku’s dead grandfather could be here, and Kame-Sen’nin explains that he has a halo atop his head. Goku’s really pissed about losing his tail, and prepares to attack him, when the fighter says he gives up. The fighter compliments Goku’s training, and Goku asks how he knows his name, but the fighter just says he should’ve been more careful to train his tail. Goku starts to figure out who it is, as the fighter takes off his mask. “That’s right. It’s me.”

Goku starts to tear up, and runs over crying “Grandpa!!!!” He jumps up on Gohan’s face, and they hug. Gohan tells Goku his tail was a bad thing, and asks if he’s been training under Muten Rōshi, and Goku says yeah. He greets his old master, and then Goku asks Grandpa when he’s coming back to life. But Gohan says he can’t, and explains how Muten Rōshi’s older sister, Uranai Baba, can freely travel to and from “That World”. She goes to “That World” to scout out martial arts masters to compete in her matches here. Goku asks him when he’ll be coming back again, and Gohan tells him that he can only stay here for one day. Bulma thinks it was really lucky that the two of them met up today, and Kame-Sen’nin says his Big Sister can see into the future, and asks if she knew they were coming.

Gohan goes and thanks Muten Rōshi for training Goku, and then starts whispering about the Ōzaru transformation, when Goku walks over to them. Goku shows him all the Dragon Balls he has found. Kuririn tells Upa how they’ll definitely return his old man to life, but Upa thinks the Dragon Balls should be used for Goku-san‘s grandfather. Gohan says he likes the afterlife (healthy girls), and Yamcha’s not surprised that Rōshi-sama‘s number one student would have a thing for women.

Baba says she’ll give them a fortune telling as promised, since they’ve won, and Gohan says he’s ready to return to the afterlife now. Goku can’t believe Grandpa’s leaving already, but Gohan tells him he’s just happy to see how he’s grown. Then he starts to say his goodbyes, and thanks Baba-sama, and he tells everyone they should meet up again in the afterlife. Goku yells “Bye-bye, Grandpa!!”, and then he disappears. Goku says he’ll be training his tail when it comes back, and he’ll get a lot stronger (Kame-Sen’nin thinks that’s not necessary). Baba gets off of her crystal ball, and starts chanting until an image pops up. It’s in a car, and Bulma wonders why that isn’t showing up on the Radar if that’s the case. Goku asks which direction, and Baba points that it’s two hundred kilometers that way. Goku’s excited. 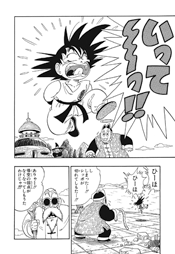 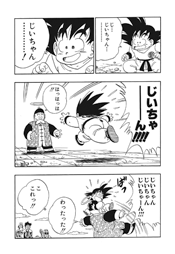 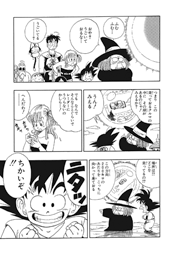