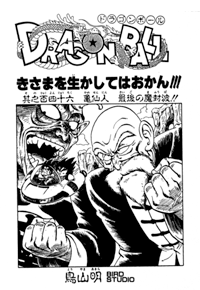 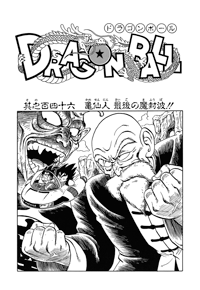 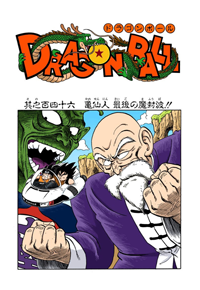 Piccolo tries to fly away, but Kame-Sen’nin throws his hands into the air, calling out, “Mafūba!!!!” Piccolo is caught in some kind of wave of magic, and Kame-Sen’nin swirls him around, directing Piccolo toward the Denshi Jar. But, Kame-Sen’nin slightly misdirects it, and Piccolo crashes a few inches from the Denshi Jar rather than inside of it. Kame-Sen’nin weakly says this was a mistake, but tells Piccolo he believes that he’ll be defeated one day. And then Kame-Sen’nin drops to his death, as Piccolo laughs. Elsewhere, Goku feels something is wrong, but he doesn’t know what, and Yajirobe thinks he’s weird.

Piccolo continues laughing about Kame-Sen’nin’s death, while Pilaf and everyone celebrates up in the airship. Piccolo says he has nothing left to fear, since there’s nobody left to perform the Mafūba, and he laughs some more. Then he waves his fingers, bringing the five Dragon Balls up from the ground. He coughs up his two, bringing all seven balls together. Piccolo is prepared to have his youth and power restored, as Tenshinhan curses not being able to do anything. 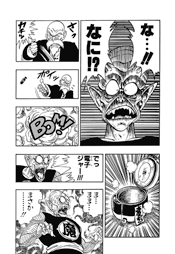 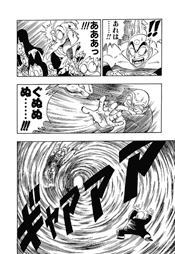 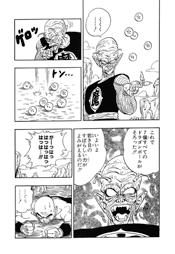