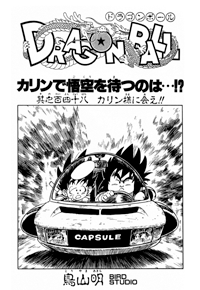 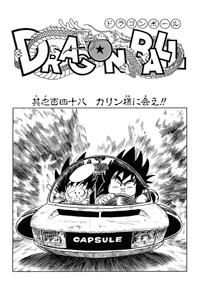 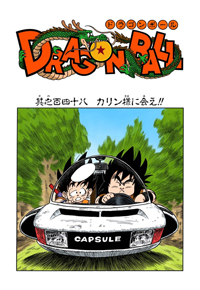 Get to Karin Tower!!

Piccolo continues to celebrate, as do the other bad guys. “I have granted thy wish. Well then, I bid thee farewell.” Piccolo tells Shenlong he’s not going anywhere, and fires a mouth blast up at the dragon. A huge explosion, and then, Shenlong fades away… The Dragon Balls turn to stone, and Piccolo laughs about Shenlong being dead, so now there’s no chance of anyone opposing him. Tenshinhan can’t believe this, and then he passes out.

Yajirobe and Goku have arrived at the Karin Holy Land, and Goku checks the Dragon Radar now that the sky is normal again. The Dragon Balls don’t appear, so that guy really must have summoned Shenlong, and made some amazing wish. They pull up to the base of the tower, and Upa runs out to greet Goku. Upa’s very happy to see him again, and then calls out his father. Yajirobe asks if he’s going to get that feast he was promised, and Goku assures him of such. Bora then comes out, and notices something is wrong with Goku.

Up in the airship, Piccolo says it’s time for him to take the world back, so they’re off to the King’s castle. “The new king of the world will be me, Demon King Piccolo!!” Piccolo laughs maniacally about the bad things he’ll do, and Pilaf nervously congratulates him. Pilaf then brings up his promise to share the world. A fifth, or maybe just a tenth will do. Piccolo tells the pterodactyl-looking guy, finally addressing him as Piano, to call the other two here, and so Mai and Shuu are brought into the airship’s throne room.

“Get lost. I no longer have any use for you bastards.” Pilaf thinks he must be joking, but Piccolo says he’s not the joking type. Pilaf pleads with him, but Piccolo doesn’t care. So, Pilaf, Mai, and Shuu are all thrown from the airship. At Karin Tower, Goku has explained the situation to Bora, saying how he wants to see Karin to get stronger. In this state, Goku can’t climb the tower, so Goku says Yajirobe will do it. Yajirobe gets pissed, but Goku tells him there’s a feast at the top, these things called senzu. Goku climbs on Yajirobe’s back, and Bora offers to give them a boost. And, out in a desert, Pilaf’s gang is alive, although busted up from their fall. 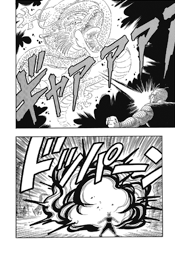 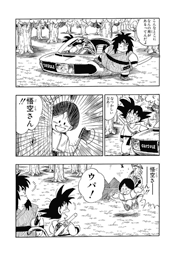 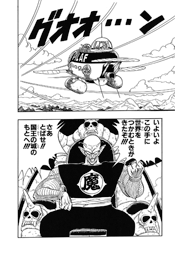