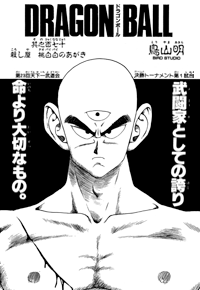 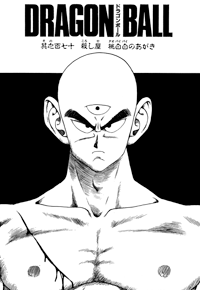 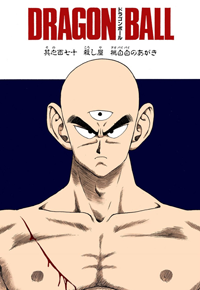 Tao Pai-pai jerks away, leaving his mechanical fist in Tenshinhan’s hand. A long knife pops out of the socket where his hand was, and Tao Pai-pai slashes Tenshinhan across the chest with it. “F-foul play!! That’s foul play!! Use of weapons is firmly prohibited!! This contest’s win belongs to Tenshinhan!!” Tao Pai-pai doesn’t care about that anymore; he just wants to kill Tenshinhan. Tsuru-Sen’nin cheers him on, telling him to kill everyone else affiliated with the Kame School as well.

Tao Pai-pai then fires the tremendous Super Dodonpa at Tenshinhan, but Tenshinhan just screams, and the blast is ineffective. Tao Pai-pai can’t believe he’s cancelled out the Super Dodonpa with just a kiai, and then Tenshinhan runs over and punches Tao Pai-pai in the gut, knocking him out. Tenshinhan then picks him up and takes him over to Tsuru-Sen’nin, saying he probably won’t wake up for days. Then he asks them to please just leave, and so Tsuru-Sen’nin flies off with Tao Pai-pai draped over his shoulders. And so, the second match is called to begin, and Goku wants to know why this girl is mad at him once they get in the ring. 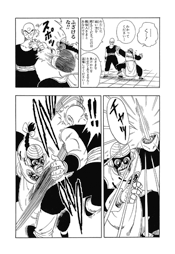 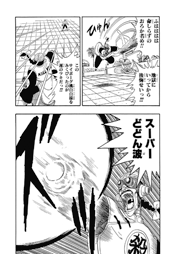 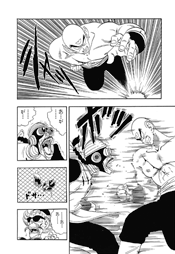