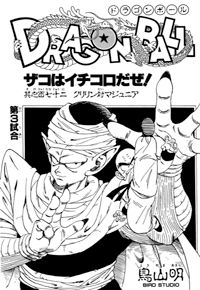 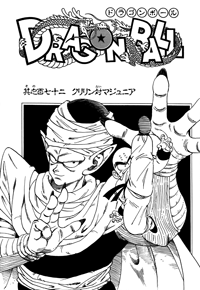 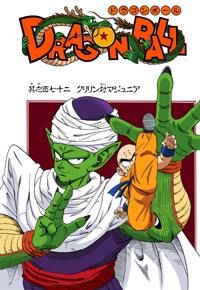 Piccolo calls Kuririn “small fry” again, and this time Kuririn hears it. Then, Kuririn readies for something, and brings his fists down to his waste. Then he throws his hands out, firing a blast from each one over at Piccolo! Piccolo flies up out of the way, but the two blasts follow him, so Piccolo nullifies them with some eye beams. But then Kuririn jumps up into the air, surprising Piccolo, and he punches Piccolo in the face. Piccolo flies off into the distance, but stops himself mid-air, as Kuririn lands back in the ring.

Piccolo doesn’t think much of his techniques, movements, or toughness, and is going to show the small fry just a little of his true power. Bulma tells Kuririn it’s a bluff, and says to kick his ass. But Goku says to be careful, since what Piccolo’s saying is true. 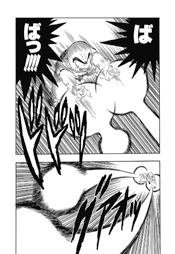 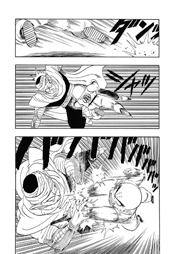 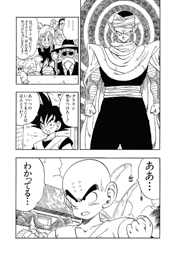