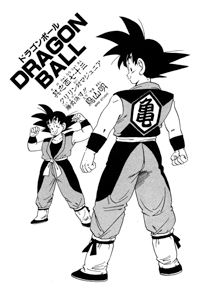 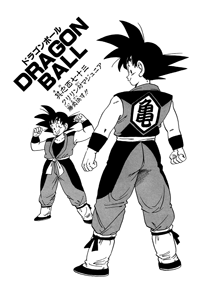 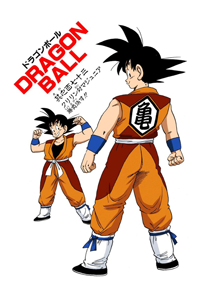 Piccolo asks Kuririn if he’s ready, but Kuririn says not quite. Piccolo says not to worry, he doesn’t intend to kill him, and then thinks to himself, “Not right now… You’re also in the way of my world domination…” Piccolo pulls his arm back, and then throws it out at Kuririn, with it stretching across the ring, and he grabs Kuririn’s leg. Piccolo then retracts his arm, pulling Kuririn back toward him, and he punches Kuririn toward the back wall.

Kuririn kicks off the back wall, though, and comes flying at Piccolo with a punch. But Piccolo ducks it, and kicks Kuririn high into the air. Piccolo comes up after Kuririn, and Kuririn realizes this is his last chance. “Ka… me… ha… me…” Piccolo appears behind Kuririn, so Kuririn about faces and “Haaaaa!!!!” It’s a hit, but then Kuririn realizes Piccolo used Zanzōken.

Goku yells out at Kuririn to look behind him, and the real Piccolo hammers Kuririn down toward the ring before Kuririn can react. Kuririn hits the ring hard, and Piccolo touches down. Kuririn slowly makes his way up again, freaking Piccolo out. But, Kuririn just falls down again, laughing as he concedes. “Oh, contestant Kuririn gives in…!! He’s given in!! It’s Ma Junior’s victory!! Even having lost, Kuririn showed us an incredible, truly incredible match!!!” Goku helps Kuririn to the back as everyone cheers for him. 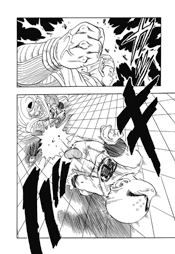 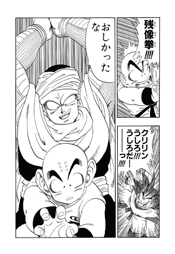 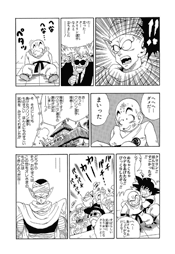