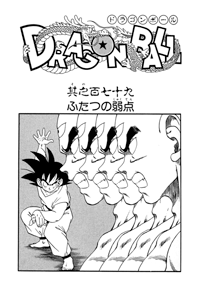 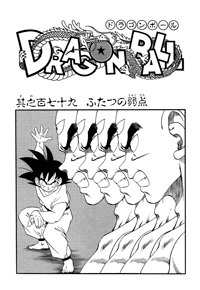 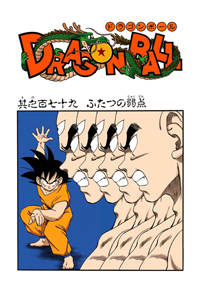 Tenshinhan thinks he’s talking crap, and then tells Goku this next attack will give him the victory. The four Tenshinhans each get in a separate corner and again fire four blasts at Goku. Goku jumps up over them again, and a Tenshinhan yells out that he can’t escape their twelve eyes. However, before the Tenshinhans can use their eye blasts again, Goku uses the Taiyō-Ken, blinding everyone except the sunglasses-wearing announcer and Kame-Sen’nin.

Goku comes back down to the ring, and tells the Tenshinhans that’s their first weakness — their eyes are too good. They see an opponent’s movements with just their eyes, so without them, they’re no good. One of the Tenshinhans says it’s the same with him, but Goku giggles and says it isn’t. “The Tenshinhan behind me plans to hit me with a right chop.” Goku tells him that during his training he learned how to not rely on his eyes to see his opponent.

Goku then brings up the second weakness, saying that becoming four people was a mistake. Goku charges at one Tenshinhan, hitting him in the chest, then he runs around the ring hitting the second, third, and finally the fourth, and they all four fly out of the ring. Goku says that since he divided into four people with one person’s power, their attacks, defense, and speed would also be divided by four. So, now, Goku is moving on to the finals… 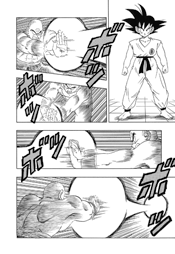 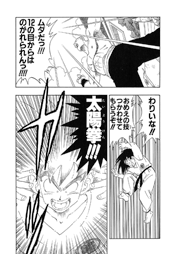 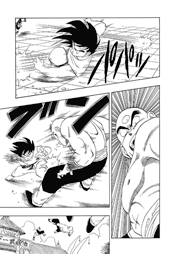