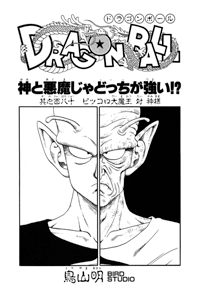 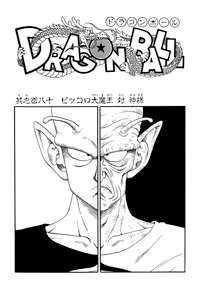 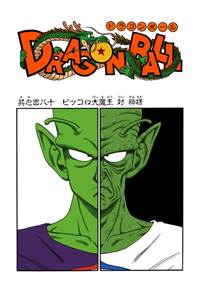 Goku and Tenshinhan shake hands, and then head backstage. Chi-Chi compliments Goku once he gets back there, and Tenshinhan tells Yamcha and Kuririn that he knows Goku still wasn’t even using his true power. Piccolo thinks Son Goku is definitely worthy of being his destined rival, as the announcer calls on him and Shen for the sixth match to decide who’ll face Goku in the finals. Shen, in the backstage house, prepares to go out there, and Goku asks Chi-Chi to wait outside a minute.

Shen tells Goku he’s borrowing this human’s body, and Goku asks him if he came to defeat Piccolo. Shen tells Goku he can’t defeat Piccolo, and then asks Goku if he hadn’t heard from Mister Popo about his connection to Piccolo. Goku says nothing, hinting at yes. Since he and Piccolo were once one person, if you kill Piccolo, he’ll also die. Shen’s pissed that that Mister Popo said too much.

Goku says Mister Popo was just worried, and Shen says with Goku knowing that, he probably can’t kill Piccolo, which is why he’ll have to do it himself. Goku says there must be something they can do besides killing him, but Shen says there isn’t. Since Demon King Piccolo is a seed that he sowed, he wants to get rid of it himself.

Out in the ring area, everyone wonders what’s taking Shen so long, and Yamcha notices he’s in talking with Goku. Shen tells Goku that even if he does die, he’s already taught a human to take his place. And then Shen heads out to the ring, and tells Piccolo he was on the toilet, and Piccolo asks if he wouldn’t have rather run away. Kuririn asks Goku what the two of them were talking about, and Goku says it was fighting stuff.

The announcer calls for the match to begin, and Piccolo tells Shen he’s not his target, Son Goku is. Shen asks “Piccolo” if he plans to get rid of Son Goku so he can take over the world again, and says he’s the same as ever. Piccolo wonders how the Hell he knows that, and Shen maneuvers his hands to create a huge shockwave, blowing Piccolo way off into the air.

Piccolo stops himself mid-air, and so Shen comes up after him. Piccolo fires a blast over at Shen, but Shen dodges it, and the blast crashes into the ocean surrounding Papaya Island. Piccolo then whacks Shen back down toward the ring from behind. Once Shen lands, Piccolo is behind him again and swipes at Shen, but Shen vanishes. Shen is above Piccolo, and he kicks him down below the ring. Piccolo comes up through the other side of the ring, and the two stare each other down as Kuririn wonders what’s up with these guys. 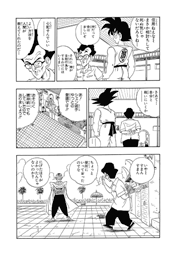 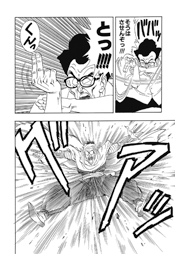 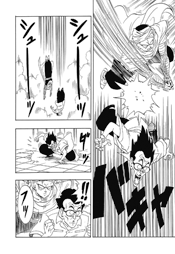