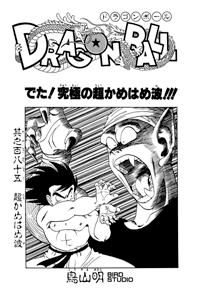 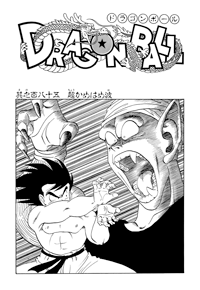 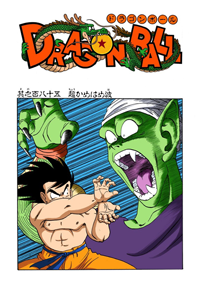 “Ka…me…ha…me…” Kame-Sen’nin then yells out at Goku to wait; if he kills that guy, God also dies. Goku then stops, and is frustrated at not knowing what to do. Piccolo then says he’s going to wipe out everyone with this next attack, and make this world into a living Hell. Goku yells up at Piccolo, who’s powering up, to not be a coward, and come back down here and fight him, the others aren’t involved.

Then Piccolo prepares to launch his attack, and everyone thinks it’s over. Until Kuririn yells out to Goku that they can revive God with the Dragon Balls, so he can go ahead with that Super Kamehameha. Piccolo yells down that Shenlong died three years ago, and fires his huge blast down toward the ring. Goku yells up that Shenlong was revived, and, “Haaaaa!!!!!”

Goku’s Super Kamehameha flies up at Piccolo’s blast, and overpowers it, then heads toward Piccolo. Piccolo shields himself, and it’s a direct hit. But, Piccolo is still alive, although his clothes are pretty torn up, and he is livid. 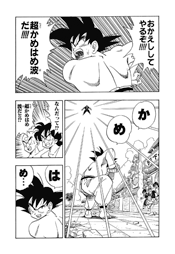 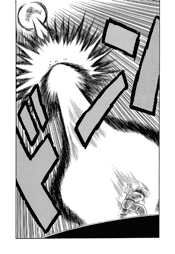 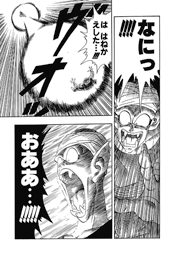