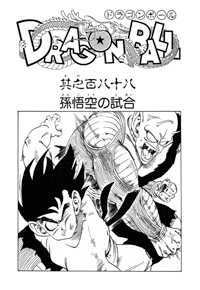 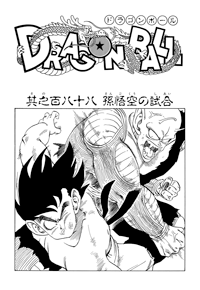 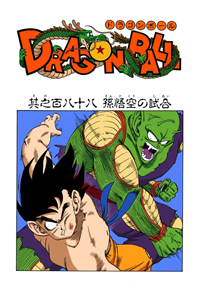 God wonders what’s happened, as Bulma screams that there’s two Demon King Piccolos. God remembers his Mafūba got deflected, and Kame-Sen’nin explains that Goku freed him with a great plan. Piccolo shrinks back down to normal size, and then they rush at each other again, going too fast to see. God can’t believe even his eyes can’t see them.

Goku and Piccolo are up in the air now, exchanging blows, and then Piccolo hits Goku with a bunch of quick strikes. Goku falls back down toward the ring, but then he comes back up by firing a Kamehameha down at the ground with his feet! It boosts him up into the air so that he can hit Piccolo in the face with both fists, and then both of them fall toward the ground.

Piccolo blasts Goku with some electricity from his antennae, and Goku falls to the ring even more busted up. Piccolo flies back to the ring, and rushes over at the weakened Goku to punch him. But, before he hits, God runs into the ring and stands in Piccolo’s way, catching his punch. God tells Goku the two of them will defeat him together, but Goku refuses, since he’ll lose the match. Piccolo then punches Goku into the back wall. 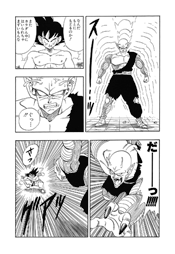 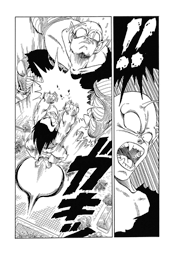 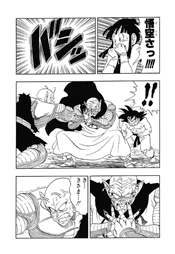