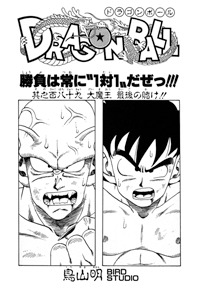 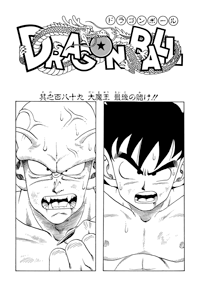 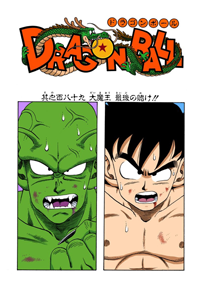 Goku easily gets back up, and says Piccolo’s punch wasn’t all that effective. God tells Goku he’ll regret it if they don’t, but Goku insists he’d regret it more if he does. Tenshinhan and Kuririn agree, since Goku has already saved the world once. God then relents, and Piccolo thinks Goku’s talking crap if he thinks he can win.

Piccolo gets pissed, yelling that he’s leveled up a lot since three years ago. And Goku says he’s gotten just a little stronger than Piccolo’s level. Piccolo then fires off a huge blast at Goku. Goku sidesteps it, but the blast comes after Goku, and so Goku flies into the air to avoid it. Piccolo laughs and says running away is pointless, since it’ll follow him wherever he goes.

So, Goku comes back down to the ring and runs over in front of Piccolo. He quickly gets out of the away, and Piccolo takes his own blast head on. Piccolo’s left arm is completely useless now, and Goku thinks he should just give in. Instead, though, Piccolo rips his arm off, and starts powering up, until a new arm grows out in its place! Piccolo starts to power up for something great, and Goku yells at everyone to hurry up and run away. 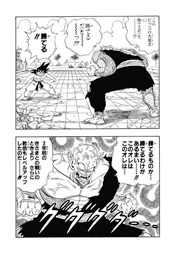 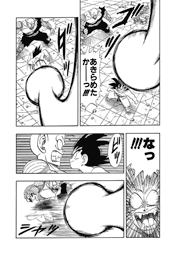 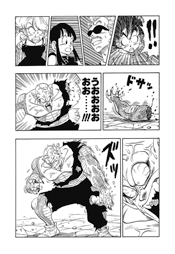