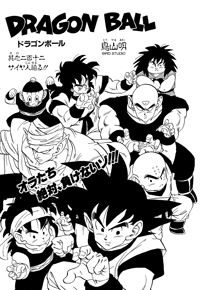 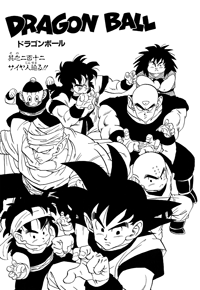 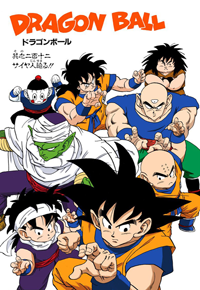 The two Saiyan space pods continue their trek toward Earth and everyone continues to train. Goku has his hands in the air, and is charging them up for something. Kaiō then throws a huge brick and directs it around at super speed. Goku times it just right and fires a little blast at it, blowing it up. Kaiō is impressed, and says he didn’t think Goku could handle the Genki-Dama. He explains a bit more about the Genki-Dama technique, how it gathers energy from everything, and says that he’ll be able to make a much bigger and more destructive one on Earth. But he should only such power to protect.

Goku understands and says he’ll probably only use the Kaiō-Ken. Kaiō says that tomorrow the Saiyans arrive on Earth, and then freaks out. He forgot to factor in the time it would take Goku to travel back down Serpent Road. Goku can’t believe this, and thinks it’ll be another six months, but Kaiō says it will only take two days as he is now. Which is still one day over, and Goku thinks everyone will be killed by then.

Kaiō yells at him to stop jabbering and tell his friends to return him to life with those Dragon Ball things. Goku asks how, and Kaiō says to put one hand on his back and speak from the center of his heart. “Grandpa… Kame-Sen’nin Grandpa… It’s Goku. Can you hear my voice?” Kame-Sen’nin happens to be on the toilet reading the paper. Goku explains that he’s talking to him from the afterlife, and then gets down to business and tells him to gather all the Dragon Balls. Kame-Sen’nin says that’s already done. Goku says they need to summon Shenlong right away, because the Saiyans are coming tomorrow.

Kame-Sen’nin freaks out and says he’d thought there was another month left, and Goku asks him to just please hurry. Out in the other room, Oolong says that Kame-Sen’nin’s talking to himself on the toilet, and Bulma thinks he’s gone crazy. Kame-Sen’nin suddenly comes stumbling out of the bathroom with his pants around his waist and tells them to get the Dragon Balls ready. Back in the afterlife Goku prepares to leave, and Kaiō decides to fix his tattered clothes. Goku thinks it feels really light, but Kaiō says it’s durable. Goku’s glad to see he left the kame (“Turtle”) mark, and is glad to not have an outfit like Kaiō’s. Kaiō says the back is the most fashionable part. (Goku unknowingly has the Kaiō logo on his back.)

“Now, speak thy wish. Any wish, but only one, and I shall grant it.” Oolong asks Shenlong if he can’t take out the Saiyans and rescue the Earth. Bulma yells at him about wishing back Goku, and Oolong says they could just wish him back next time. Shenlong says he can’t do it anyway. “I was born from God. Therefore, I cannot grant a wish that exceeds God’s power.” Kame-Sen’nin then asks to return Son Goku to life, and Shenlong says that’s simple.

Gohan notices the sky has suddenly become black, and Piccolo realizes Son Goku is being revived. Then he wonders if the Saiyans aren’t coming early. And then Goku’s halo disappears! Kaiō tells him not to be careless now that he’s returned to life, and Goku says he knows since he can only be revived once by the Dragon Balls. Goku thanks him, saying they’ll meet again the next time he dies and then jumps back down to Serpent Road. Kaiō thinks of how great Goku is, except for his sense of humor. Goku hurries along Serpent Road, even flying this time. “And the next day at 11:43 AM, the two Saiyans finally storm upon the Earth!!!!” The two space pods crash down in a city. 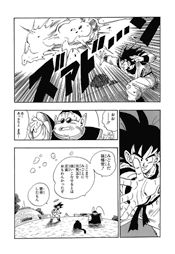 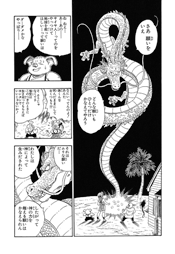 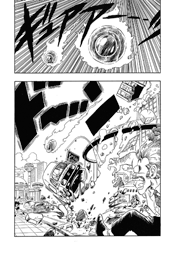