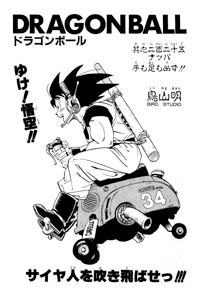 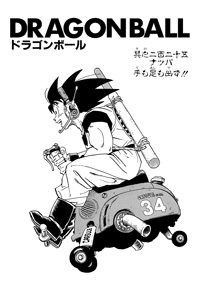 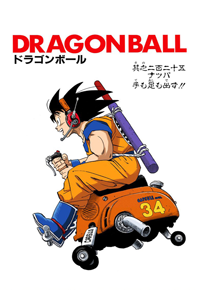 Nappa is pissed, and Goku tells him, “You ain’t in my league.” Kuririn and Gohan watch from a safe distance and wonder about this turn of events, and Vegeta notes that his battle power is completely different from when he fought Raditz. Nappa intends to prove him wrong, and so he powers up and rushes at Goku. But Goku easily dodges all of his punches and kicks, and then finally ends up a distance away. Neither Kuririn nor Gohan can follow Goku’s movements, and Vegeta wonders how Kakarrot’s gotten so much stronger.

Goku rushes toward Nappa, and then stands on his head. Nappa tries to put his hands above his head and crush him, but Goku ends up in front of him again, and punches him in the stomach. “That one was for Chiaotzu!” Nappa tries to kick him, but Goku ducks it and punches him again, sending him flying. “For Yamcha!!!” Nappa catches himself mid-air just before he hits a mountain, and throws an explosive blast down toward Goku. Goku nullifies it with a mere kiai, and then heads up into the air and knocks Nappa toward the ground. “This is for Tenshinhan!!”

Goku dives down after him, and flies at him with a kick. “For Piccolo!!” Nappa busts into a mountain, but flies out soon afterwards, super pissed this time. Nappa screams that he’s an elite warrior and Goku is a low-class warrior, as Kuririn and Gohan get excited at Goku’s strength. Vegeta then yells at Nappa to calm down and think clearly, and so Nappa does and thanks him for the tip. Vegeta thinks of what an idiot Nappa is, and that his turn has finally come. 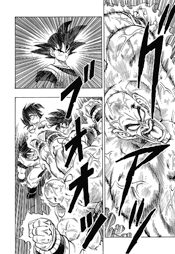 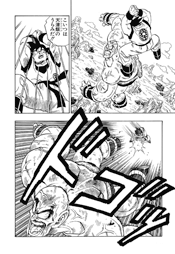 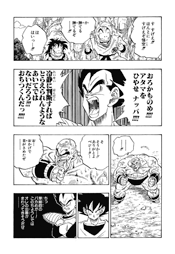