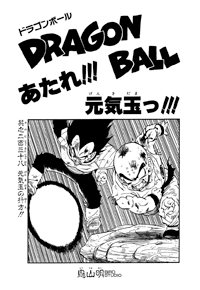 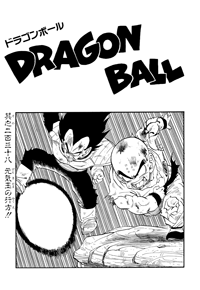 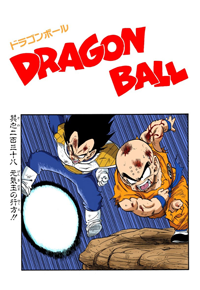 Vegeta jumps over the Genki-Dama, and everyone freaks out. It’s now heading straight toward Gohan, and Goku telepathically tells Gohan to deflect it. A person without evil ki should be able to deflect it. Gohan then puts his hands out, and the Genki-Dama bounces up toward Vegeta — it’s a direct hit! There are sparks and ki flying all around, with a big explosion that blasts Vegeta way up into the air. Vegeta appears to be done for, and everyone celebrates, or is at least relieved.

Kuririn and Gohan head over to Goku, and they all chat a bit. But then Vegeta suddenly drops down from the sky and lands not too far from them. Kuririn walks over toward him, surprised his corpse is still so intact, and wonders if he shouldn’t at least make him a grave. “How about your graves?!” Everyone freaks out as the disheveled Vegeta stands back up and threatens to take care of all of them now. First he backhands Kuririn and sends him flying, declaring he’ll destroy this whole planet now! 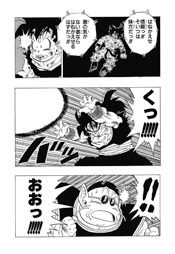 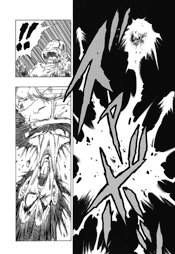 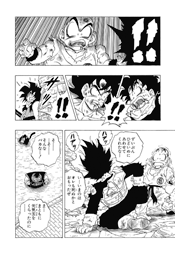