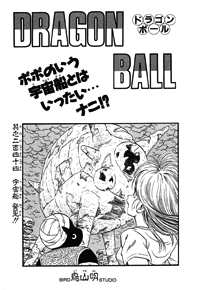 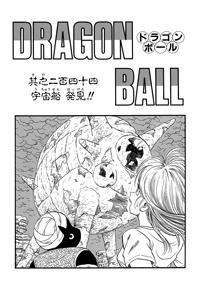 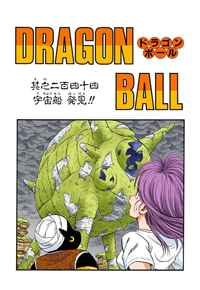 Kuririn asks if there really is a space ship and Mister Popo says probably. Goku explains that Mister Popo lives with God, and served under all the previous Gods as well. Kuririn asks what he means “probably”, and Mister Popo says there’s probably a spaceship, but he doesn’t really know. So he wants someone to come with him to investigate. Kuririn looks to Bulma, but she doesn’t think it looks safe to go with Mister Popo on his flying carpet. After some encouragement, Bulma climbs out the window and onto the carpet, telling Popo to be careful since she’s delicate. The carpet suddenly vanishes and the others wonder about this possible space ship.

The magic carpet reappears in a windy canyon. “We’ve arrived. Get down.” Bulma asks where they are, saying this place is extremely cold. “Yunzabit Heights.” Bulma asks if this isn’t the ends of the Earth, as Mister Popo tries to remember which direction it’s in. He starts walking through the canyon and Bulma follows, saying he better not be planning anything sexual. And then they come to a big open spot with a… “thing”. It’s a big round “thing” with spiky legs holding it up and some other spiky things sticking out the top. Mister Popo asks if this is a space ship and Bulma goes over to investigate, thinking it seems like metal. Then she asks where this “thing” is from and what it is exactly.

Mister Popo says God told him something very unusual about a hundred years ago. He said that when he was a kid, he used to live here in Yunzabit Heights. He had asked Mister Popo why there was no one else living at Yunzabit. It seemed God had hit his head and lost his memory. He also asked Mister Popo where his parents were, since all he found was a letter saying, “I’ll come later, please wait for me.” So he kept waiting for his parents, but they never came (we see a flashback of older God talking to Mister Popo about all of this).

God says he waited there until someone came; it was harsh and the food wasn’t good. He waited for twenty, no, thirty years, until he finally gave up and left his house behind. Sometimes he looks and notices that it hasn’t changed a bit. Bulma interrupts and asks the meaning of all this and Mister Popo says he’s getting to the point. God had said that he tries to remember that strange house. He now knows there are many different worlds out there, but his house was truly different. It had four round legs, like an insect. The door didn’t even have a knob or key; you had to open it with language.

Mister Popo tells Bulma the word was “Piccolo”. The bottom of the “thing” suddenly comes down from the round part, like a disc-type platform, and so they climb onto it and say “Piccolo” again. Bulma realizes this is God’s house. Now the disc is a part of the floor, and they’re inside. Basically it’s just a futuristic looking room, with a big seat behind a control panel. Mister Popo asks if this doesn’t look like a space ship and Bulma remembers that God was a Namekian, and he must’ve come here to escape the unusual weather. Mister Popo says he also heard what Kaiō had told everyone about that and it reminded him of what God had told him about this house. Mister Popo says his parents must’ve sent him here as a kid, to save him from the bad things on the planet.

Bulma thinks there must’ve been something up if his parents didn’t escape with him; maybe they planned to come afterwards, but they died. Bulma looks around and is certain this must be a space ship, but wonders if they’ll be able to use it. She starts messing with the control panel looking for the main switch, but can’t seem to find it, and wonders if there’s a code certain she needs. Then she doesn’t think these buttons are switches, but sensors. Then she realizes that the whole ship must be voice activated like the entrance was. “Piccolo” doesn’t work, so she tries saying something else. “Move!! Can you hear me!? Fly!! Try flying!!”

Bulma gives up and realizes you must need to speak in Namekian. She remembers the weird language God and Piccolo had been speaking at the Tenka’ichi Budōkai, and realizes that must have been Namekian. Mister Popo says he knows that language. “Piccolo” means “different world” in that language. Then Bulma remembers something about Piccolo Daimaō being referred to as “the Great Demon King of a different world”. She tells Mister Popo to tell it to fly, and he asks where. She says anywhere is good, like Jupiter or something, and Mister Popo gives it the command in Namekian! Almost instantly it takes off and they immediately reach Jupiter. They start celebrating and Mister Popo wipes a tear away at the thought of God coming back to life. 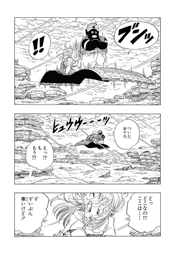 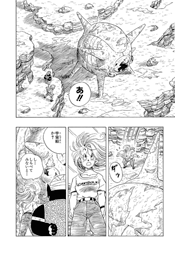 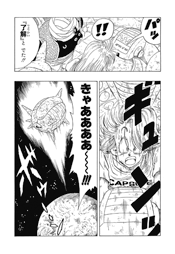