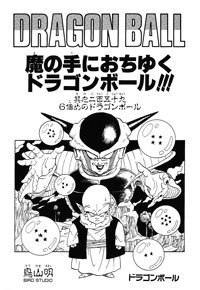 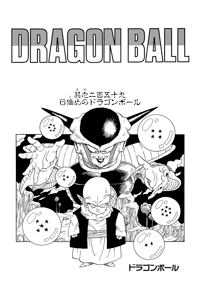 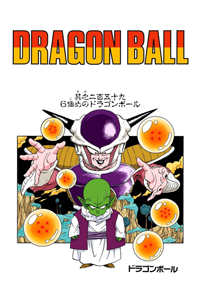 Vegeta is flying along and he feels about twenty great powers, which is unmistakably a Namekian village. So, it should have a Dragon Ball. Vegeta speeds up and laughs about how Freeza doesn’t have scouters, and he can get away with all of this without them knowing a thing. He arrives at the village and realizes that Freeza must not have come here yet if there are still villagers alive. The villagers are all peacefully farming the land and working, as Vegeta lands in the middle of the village. They all take notice of the alien, and Vegeta demands the elder come give him the Dragon Ball.

A heavy old man says he’s the elder, and asks why he should give the Dragon Ball to him. Vegeta says to never mind that and just hand it over. The elder says he can’t give the Dragon Ball to him, since he feels evil within him. “Well then, die!” Meanwhile, back at the capsule house in the cave, everyone is sitting around relaxing, and apparently they’ve explained to Bulma what happened. Kuririn and Gohan are eating, but the kid won’t touch his food. Kuririn tells him to eat, but Bulma says to leave him alone, he’s probably upset about all the people in his village having been killed. “We don’t eat this sort of thing. We just drink water.” Kuririn says he must be joking, since he saw they were growing vegetables in the fields.

The kid says those were young Ajissa trees. He explains that before the unusual weather started happening on Planet Namek, the planet was beautiful and overgrown with Ajissa trees. But then the Ajissa trees and all the Namekians nearly died out, so now, they’re trying to make the planet abundant with Ajissa trees again. Gohan then asks the kid what his name is. “Dende… Umm… Who are you guys?” Suddenly Kuririn and Gohan feel something and rush out of the cave. Bulma asks if someone’s coming again. But that’s not it; one-by-one, ki are disappearing says Kuririn, and Gohan realizes more Namekians are being killed. Kuririn says they know that ki… it’s Vegeta, terrorizing a village nearby.

Kuririn gets pissed and says that until Goku arrives, they can’t be careless. It’s all over if Vegeta or that Freeza bastard receive eternal life from the Dragon Balls. Bulma says that if they find at least one, nobody else will have all seven. Gohan says that’s no good, because even if they did that, the bad guys would still continue to kill off all the Namekians. They start talking about how Goku can defeat Vegeta and stuff, but then Dende interrupts. “Please tell me who you are…! Where have you come from… How do you know about the Dragon Balls… Please save everyone on this planet!!”

Meanwhile, Vegeta bashes in the skull of a Namekian, and everyone in the village is now dead, except the elder. He still won’t hand over the Dragon Balls, though, and Vegeta says he’s stubborn even to the end. Vegeta says he’ll just search for it himself, then blasts the elder with one hand and kills him. Kuririn tells Dende they came from Earth, where they also have Dragon Balls because of a Namekian there, and they need to use the Dragon Balls to return their dead friends to life. Bulma adds that if they make their wish, the Earth Dragon Balls will be revived. Dende then asks that they please take him to the Eldest. Meanwhile, Vegeta has finally found the Four-Star Ball. 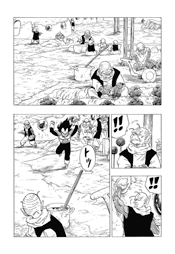 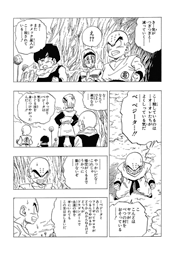 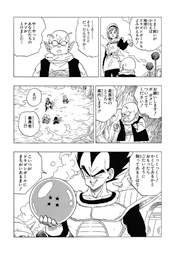