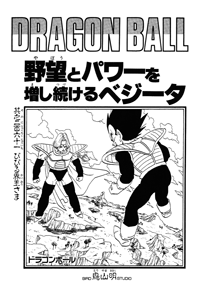 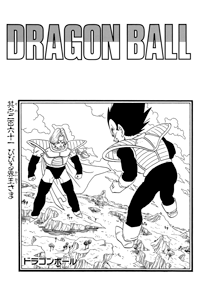 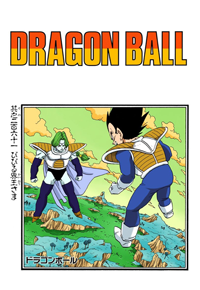 Goku thinks it’s awesome that everyone’s made it to Kaiō’s place. Yamcha then asks if he can talk to Goku, and Kaiō tells him to put his hand on his shoulder, and then speak. Yamcha tells Goku that when they came to the afterlife with God, he told them that Goku and the others are going to Piccolo’s home planet to return all of them to life. Goku thinks the four must be Yamcha, Tenshinhan… and then wonders if the third is Piccolo. Piccolo says it’s him, and notes that he’s only come here because his pride was damaged from Goku being stronger than him. Goku thinks the fourth must be God, but Yamcha tells him it’s Chiaotzu. His body was destroyed, but God restored him, and told them to come here to train. Goku’s glad to hear that, and Yamcha goes on about the gravity here giving them trouble.

Goku understands, and says how on the way to Planet Namek, he’s receiving really really awesome gravity training. He’ll really need to make use of this training in five and a half days. Then Kaiō remembers him talking about his bad news, and tells Goku to explain it. “Since I was really injured, Kuririn, Bulma, and Gohan went to Planet Namek to search for the Dragon Balls… But, that Saiyan called Vegeta also went there to search for the Dragon Balls…” Kaiō freaks out and realizes he means to take down Vegeta. “No, it seems it ain’t just Vegeta that Kuririn and everyone’s noticed. Before… That was my fault… When I stopped Kuririn from killing Vegeta… Furthermore, they can’t even return to Earth because their space ship is broken… But that ain’t just it. Something even more unbelievable… Some weird guys are also after the Dragon Balls. Strangely, they appeared to be just like Vegeta. But, there is someone with a ki that far exceeds Vegeta’s…”

Yamcha and Kaiō freak out, and the others there (who can’t hear Goku) ask what’s wrong. Kaiō asks Goku if that person’s name is Freeza, but Goku doesn’t know. So, Kaiō decides to check himself, and Yamcha goes back with the others. Kaiō checks Planet Namek and sees Freeza flying through the air in his pod with the five Dragon Balls, and freaks out that it really was him. Kaiō tells Goku that Freeza is the worst there is, and that he should stay away from him. He also orders Goku to take his three friends and leave immediately as soon as he arrives on Planet Namek. An insufficient attack will just make Freeza angry, and unbelievable things will happen. Goku wants to see just how awesome this guy is, and Kaiō yells that he absolutely must stay away. Piccolo then comes over and puts his hand on Kaiō’s shoulder, and tells Goku to gather the Dragon Balls and return them to life. They’ll learn great techniques here, and then go to Planet Namek and fight that bastard too.

Kaiō says that’s stupid, and they have no idea just how strong Freeza is. Piccolo says there’s no time, and asks to start the training now. Kaiō says he won’t train them unless they promise not to go to Namek. Piccolo says okay, but thinks to himself that he won’t keep a promise like that. Tenshinhan thinks to himself that he won’t surpass Goku from receiving the same training as him. But if he just quickly picks up the points of the training and refines them, he could be like before. Kaiō then tells them they’ll have to make him laugh with a pun; if they pass the test, he’ll train them. Everyone freaks out, and the narration says the test is especially hard for Tenshinhan and Piccolo. Up in his ship, Goku is not very intent on listening to Kaiō’s warning, and decides he’ll try 50G.

“And on Planet Namek…” Dende is flying through the air on the way to the Eldest’s place, and Kuririn asks about how long it’ll take them to get there flying. Dende says five hours, and Kuririn doesn’t like the idea of using so much energy for that long. Vegeta, meanwhile, is still searching for a place with a bunch of powers gathered, but can’t find any, and wonders if there are no more villages. Then he suddenly feels two powers and stops. One of the powers doesn’t feel like either a Namekian or one of Freeza’s group. He wants to find out who it is, and zooms off. Kuririn then yells at Dende to halt, because he feels Vegeta coming towards them at an incredible speed. Kuririn then grabs Dende’s hand and takes the two of them down to an island to hide. But then Kuririn notices his direction has changed, towards the direction of another ki. Vegeta says it’s definitely Zarbon, as Zarbon flies around looking for a village. Vegeta suddenly appears in front of Zarbon, and says it’s been a while. “I’ve taken care of Dodoria… Now it’s your turn…” 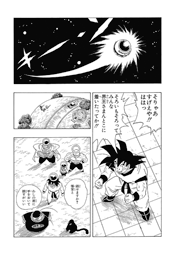 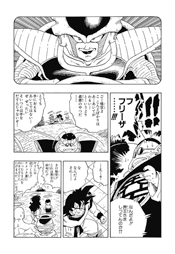 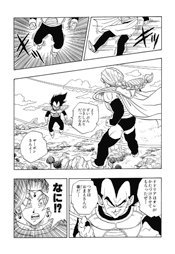