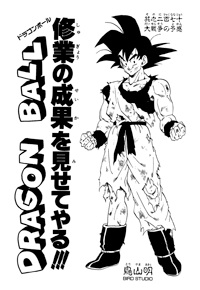 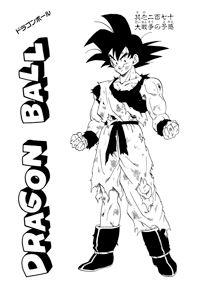 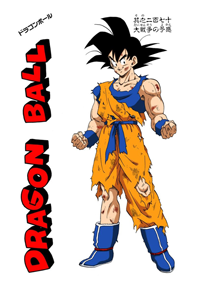 Premonitions of a Great War

As Kuririn and Gohan head towards the Eldest’s place, Bulma sits in her little canyon eating some food, mad at Kuririn and Gohan for leaving a lady like her all alone. Kuririn and Gohan are flying very slowly, so it will take them quite some time to reach their destination, but at least Vegeta won’t find them. Kuririn doubts the two of them together, as they are now, would be able to defeat Vegeta. Gohan wonders if he really would be able to take on Vegeta, and Kuririn says he must have a lot of latent power because of his Saiyan blood. Meanwhile, Vegeta has now arrived at the spot with the five Dragon Balls he stole from Freeza, and drops the sixth down in the pile. Vegeta is pissed about them having some device for finding Dragon Balls, and says he’ll wait until they start moving. Then he thinks of how Freeza can’t go anywhere with his space ship busted up, and he’s probably contacted someone to bring them more scouters, which would probably take about three or four days to arrive. He thinks if he’s granted eternal life before then, he can beat Freeza, and now’s his chance while Freeza has no scouters.

About two days later, Goku continues to train fiercely out in space, now finally at 100G. Goku fires a Kamehameha so that it circles around the room, and takes it head on when it flies back towards him. He collapses from exhaustion, and slowly crawls over and eats a senzu, fully restoring himself. He says that was close, but then decides to get right back at it. “Goku has been repeatedly going to the brink of death, then eating a senzu to refresh himself. The seven beans Karin gave him have already gone down to just three… However, it seems that somehow, Goku has realized this Saiyan characteristic, where his strength increases by overcoming death through this incredible training…” One more day passes, and Goku is still training. He says the training doesn’t tire him at all now, and decides to spend the remaining day resting, and getting re-accustomed to regular gravity. After turning the gravity back down, he throws a little piece of the ship across the room, and zooms over to catch it.

Goku gets very excited at his progression, and exclaims how light and strong he feels. He thinks he can definitely endure 10x Kaiō-Ken now. With just one more day left until he reaches Planet Namek, he bathes, then goes to sleep. Even he doesn’t realize just how strong he’s become… Meanwhile, Freeza is pissed that Zarbon hasn’t come back after four days, and figures that he’s either run away or been killed. He can’t wait for the Ginyu Special-Squad to arrive. With the scouters that they’re bringing, he can get the Dragon Balls back from Vegeta. The scene changes to Gohan and Kuririn, as they sit down and take a break to eat a snack. Gohan asks if there’s still a ways to go even after four days. Kuririn says that there is, and is upset that the Eldest will die soon. He decides they should pick up the pace, since Vegeta probably won’t notice them from this far away. However, Vegeta has been concentrating intensely while he’s been waiting, and he notices them right away. 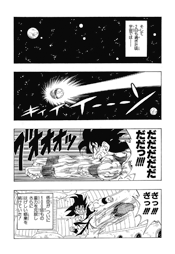 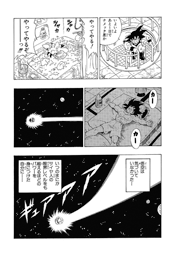 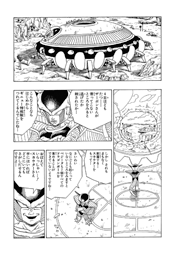