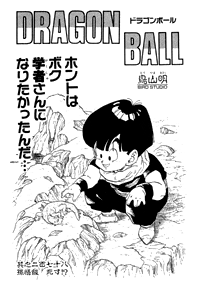 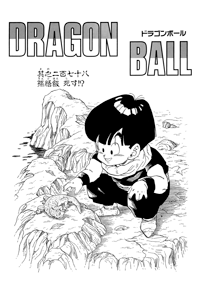 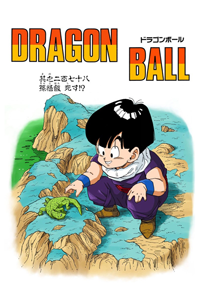 Freeza says this is the birth of the eternal ruler of the universe. “Now, Dragon Balls!! Bestow upon me, Freeza-sama, eternal life and youth!!!” But… nothing happens. Ginyu wonders if he doesn’t already have immortality, but Freeza doesn’t think so. Then Freeza remembers one of the elders told him that even if he gathered all of them, he wouldn’t be able to make a wish. Freeza thinks there must be a secret or something that only the Namekians would know to get a wish granted. “A password?! A certain place?! Or maybe the arrangement of the balls…?!” Freeza remembers he’d killed almost all of the Namekians, but all he needs is one to tell him, and checks his scouter. First he finds Vegeta and everyone, and wonders if maybe they know, and Ginyu prepares to tell his subordinates not to kill them. But then Freeza picks up two Namekians at Point 8829401, with one more elsewhere. Freeza tells Ginyu to stay here and watch over the Dragon Balls, and hops in his hover chair and flies off.

Recoom fires a whole mess of blasts at Gohan, and Gohan only just manages to avoid them. Then Recoom punches him and sends him flying. Gohan just barely manages to get back to his feet, as Kuririn weakly tells him to stay down. Gohan says that he’s Son Goku’s son, but Recoom doesn’t know what he’s talking about. Gohan charges at him, but Recoom just laughs. As Gohan nears him, Recoom does a flip and kicks Gohan in the neck, breaking it. Gohan falls to the ground, and Jheese and Butta note he no longer has a battle power. Recoom is disappointed in these scum, and then he and the others notice a ship landing a little ways away. It’s Goku’s spaceship! 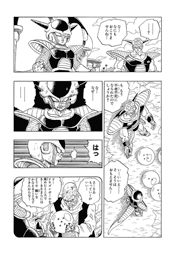 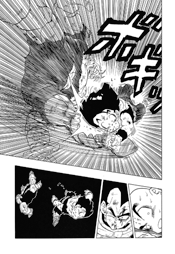 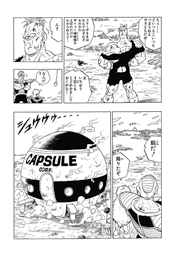