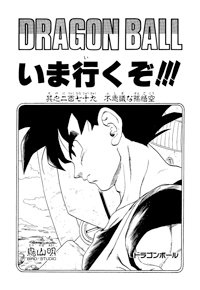 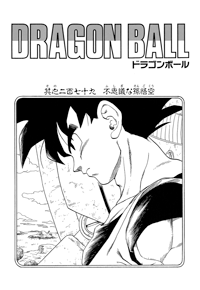 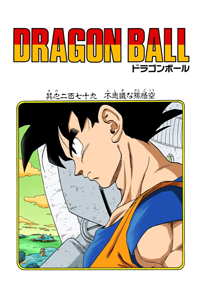 Recoom, Jheese, Butta, Vegeta, and Kuririn all look over toward the spaceship and Recoom wonders where it came from. Kuririn says Goku is finally here! The ship’s door opens, and Goku says he needs to hurry up and find Kuririn, Gohan, and Bulma. He notices one person “that way”, another person “this way”, and lastly someone with a ridiculously huge ki thundering along “over there”. He then feels Gohan and Kuririn are both on the brink of death, and they’re near three huge ki. He says he’ll show the results of his 100G training, and flies off. He zooms right past Jheese and Butta and lands next to Gohan. He waves at Kuririn, and then makes Gohan eat a senzu. Recoom asks who he is, but Goku simply ignores him. Jheese wonders if that guy isn’t faster than Butta, but Butta says his battle power is garbage. Gohan wakes up, which freaks out Recoom and everybody else. As Goku heads over to Kuririn, he notices that even Vegeta’s pretty damaged.

Kuririn says he’s happy, but then again not happy, as he eats his senzu. Goku asks why, and Kuririn says he doesn’t think even Goku can defeat them, since even Vegeta was no match. Goku had thought Vegeta was on their side, and Kuririn starts explaining that they used to be, but Goku tells him to stop talking and just let him search his mind. Goku puts his hand on Kuririn’s head, and Kuririn insists he doesn’t have a fever or anything. Then Goku knows all about their power ups, that Bulma’s safe, that the Dragon Balls were stolen, and about Freeza and Vegeta and everyone. Goku also knows that Vegeta saved their lives, and Kuririn wonders about Goku suddenly having such an ability. Goku says there’s only one senzu left, and then tosses it over to Vegeta and tells him to eat it. Kuririn thinks that was stupid, but Goku says he wanted to even things with Vegeta. He then says he’ll take care of these other guys himself. Recoom thinks this sounds interesting, and asks the others what his battle power is. They say it’s only about 5,000. Vegeta wonders what’s up with Kakarrot, and then suddenly freaks out, wondering if Kakarrot isn’t… 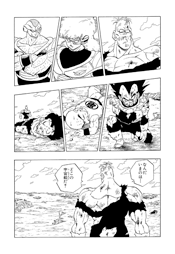 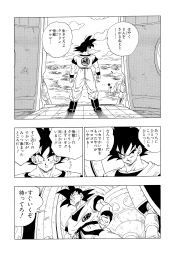 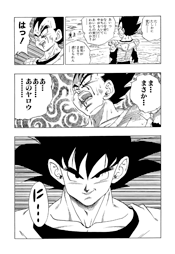