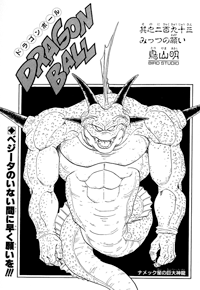 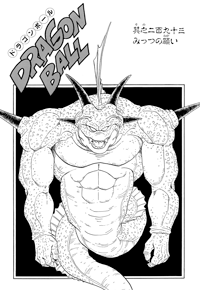 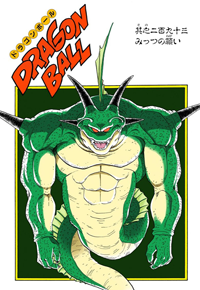 “So, what is wrong? Speak thy wish. I shall grant you three wishes within my abilities.” Dende says to hurry, but Kuririn doesn’t know what to do with just one wish, and thinks the home Shenlong is stingy. They can only return to life three of their friends, but wonder who. Kaiō wonders what Piccolo wants to speak to Son Goku’s son for, and Piccolo just says to hurry up. Piccolo puts his hand on Kaiō’s shoulder, and asks Gohan if he can hear him, and explains that he’s speaking to their hearts from Kaiō’s place. “Three wishes can be granted! I understand that with one wish, you can only return one person to life! Listen well!! With the first wish, return me to life!! If I’m returned to life, God will also return to life!! And with that, the Earth Dragon Balls will also be restored, and you should be able to revive the others!!!” Kuririn and Gohan get it, and Tenshinhan and Yamcha are impressed with his thinking. “And, I’ll say the second wish!! Send the revived me to Planet Namek!!! I want to fight!!! With Freeza, the guy who’s killed people like me on my birth planet…!! I’ve greatly increased my strength while here!!! I’ll show that I can definitely beat him!! Call me to that planet!!!”

Gohan understands, and Piccolo says to do what he likes with the third wish. Kuririn relays the first wish to Dende, and so he speaks it in Namek. “Understood. I shall grant the first wish.” Vegeta then wakes up, and notices a tremendous battle power approaching – it’s Freeza! He wonders about the sky, and says there shouldn’t be night on this planet. Then he spots a big monster, and notices the Dragon Balls and Kakarrot’s son are gone. He realizes the monster must be the dragon they talked about, and gets pissed that those brats tricked him, and flies towards them, noting that Freeza is almost there. Meanwhile, Piccolo’s halo disappears, and God returns to his palace high above the Earth. Gohan explains the second wish to Dende, and Kuririn tells him to hurry, because Vegeta is coming. “That is simple. I shall grant the second wish.” Piccolo then disappears from Kaiō’s planet. “The second wish has been granted. Speak thy last wish.” Kuririn and Gohan look around, but they don’t see him anywhere. Dende says they just said to bring him to this planet, nothing about right here.

Vegeta suddenly arrives at the scene, and begins yelling at them about tricking him. He goes on about the only way they can defeat Freeza is if he’s granted immortality, and calls them a bunch of assholes. Gohan then explains that there are three wishes, and there’s still one more left, and Kuririn tells him to hush. Vegeta is glad to hear this. Freeza is also nearly there, and wonders about the big pillar of light. He notices life readings on his scouter over there, and thinks they may be making a wish with the Dragon Balls. Vegeta yells to hurry and make him immortal, and Kuririn is reluctant, but Gohan thinks they have no choice with Father injured. Meanwhile, Piccolo has arrive somewhere on Planet Namek. 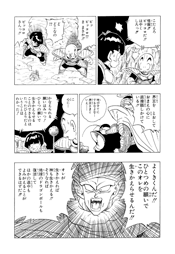 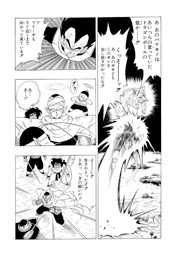 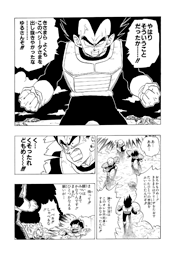