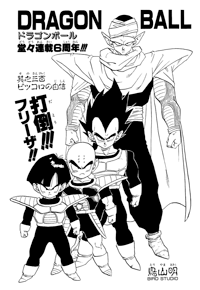 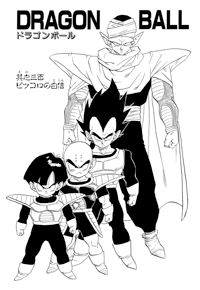 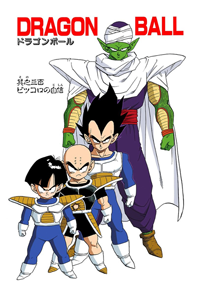 Gohan is glad to see Piccolo, as Piccolo realizes this must be Freeza. Vegeta recognizes him as one of the bastards they killed on Earth, and realizes this scum must be what they used the Dragon Balls for. Piccolo says after he takes care of Freeza, Vegeta is next. Vegeta didn’t think Namekians could tell jokes. Freeza is surprised to see a surviving Namekian, though this one is different from the others, yet still no match for him. Goku wonders about this new ki, and can’t believe that it would be Piccolo. He also notices Gohan has been revived. “So… I’ll take out this space trash. And I’ll do it by myself. None of you lend a hand.” Dende looks up and realizes this must be the Piccolo person they mentioned, and thinks he’s just like Nail. Piccolo touches down and tells Dende to go somewhere safe, and Dende wonders how he knew his name as he runs away.

Freeza lands as well, and the two stare each other down. Kuririn freaks out that Piccolo has no idea what he’s up against, but Vegeta says to let him be, as he’ll soon find out. Gohan thinks he may have a chance, though. Piccolo then charges at Freeza and punches him in the face, sending him flying. Piccolo flies after him and prepares to hammer him down into the ground, but Freeza just barely moves out of the way and kicks Piccolo in the face. Piccolo catches himself and kicks off the ground, flying up and head-butting Freeza in the chin. Freeza then whacks Piccolo away with his tail, and sends a blast down at him. But Piccolo swats it away, and Freeza can’t believe it. Then Piccolo fires a huge blast up at Freeza. When the smoke clears, Freeza is fairly damaged, and quite pissed, as the others look on in shock. 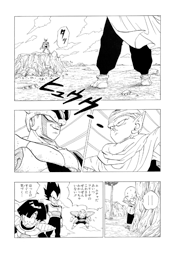 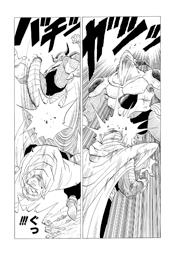 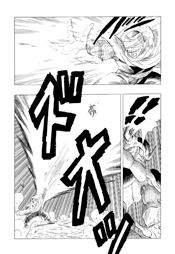