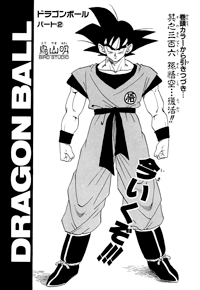 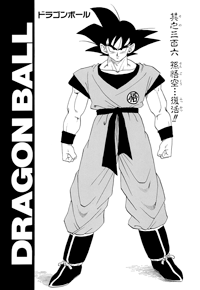 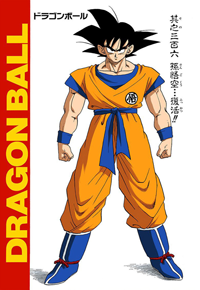 Freeza tells Vegeta he can’t win with just speed, and thinks this Super Saiyan business is just a stupid legend. Vegeta starts to get pissed, and screams that he is a Super Saiyan. Vegeta fires a huge blast down at Freeza, and Piccolo yells at Vegeta asking if he means to destroy the planet. Freeza freaks out at first, but then kicks the blast away, straight up into the air. Piccolo can’t believe it, and Kuririn thinks Vegeta had put his full power into that attack. “For the first time since he was born, Vegeta is trembling from the bottom of his heart… True terror and definite frustration… Fear and despair have caused tears to flow. This is also a first… Vegeta is already losing his will to battle…” Freeza flies up and head-butts Vegeta, then kicks him down into the ground. Freeza touches down, and picks Vegeta up with his tail around Vegeta’s neck, then begins punching Vegeta in the back. Freeza looks over at the others and tells them they’re free to come help him whenever they’d like. “The three of them, Piccolo and everyone, have become unable to move, as though they were paralyzed, against the terror of Freeza, who holds a battle power considerably different.”

Meanwhile, Goku notices Vegeta’s ki is rapidly decreasing, even though he should be incredibly strong, and he can’t believe how strong this Freeza has become. But then the medical machine beeps, indicating he’s done healing, and Goku jumps straight up through the ceiling, onto the roof of Freeza’s ship, and he stops to take note of himself. “I’ve gotten strong!! It’s like my power is rapidly overflowing…!! I can’t believe it…! Even though I think I’ve almost reached my limits… I’m kinda scared of myself… Even so, it feels good… Sorry everyone, I’m on my way!!!!” 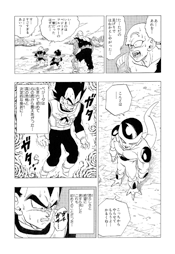 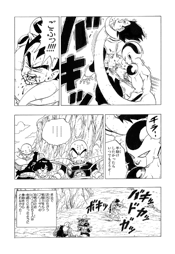 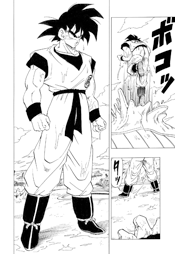